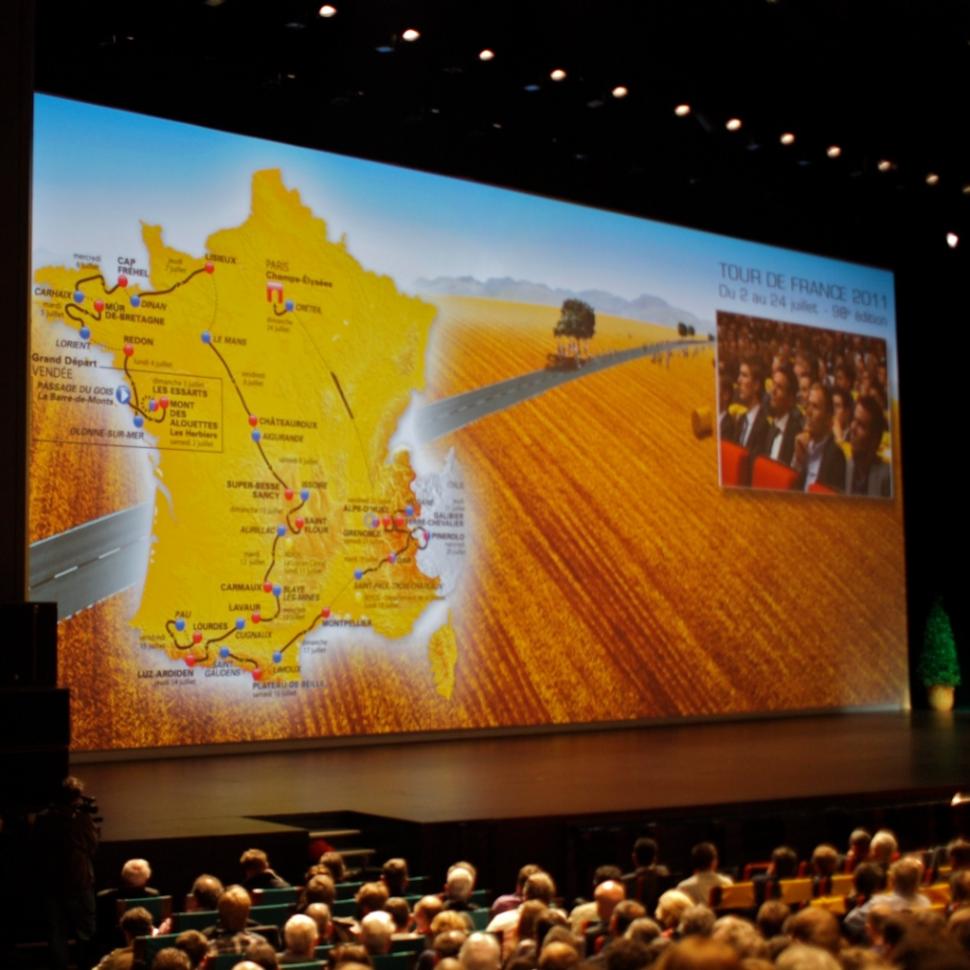 UCI's decision not to give Geox-TMC ProTeam licence leads to absence of Grand Tour winners...
by Simon_MacMichael

Tour de France 2008 winner Carlos Sastre and team mate Denis Menchov, who is currently missing victory in that race to complete the Tour-Giro-Vuelta Grand Tour treble, which only Alberto Contador among current riders has completed, will be missing from July’s race after their Geox-TMC team failed to receive an invite from race organisers ASO.

The team somewhat controversially missed out on securing a ProTeam licence last November, which would have guaranteed it a place in cycling’s biggest race. Instead, Geox-TMC is racing under a Professional Continental licence, meaning that it needs to rely on invitations from organisers to events such as the Tour de France and Giro d’Italia.

The news confirms fears voiced last month that the team would miss out on the chance to compete in the sport’s flagship events, which led to rumours that Italian footwear firm Geox was reconsidering its sponsorship of the outfit, which last season raced as Footon-Servetto, and that Menchov – who sat in the front row at the presentation in Paris last October of the 2011 Tour – and Sastre may end up back on the market.

With the 2011 racing season now under way, however, it seems as though the pair might be caught between a rock and a hard place and that they will need to focus their efforts on other races instead, although with Mechov a past Giro d'Italia winner and Italian sponsors, the team would be hopeful of a Giro invite as well as one for the Vuelta given the fact that Menchov has won that race twice and Sastre is a popular figure in his native Spain.

Nevertheless, missing out on the exposure generated by the Tour de France is certain to be a big disappointment to the team's sponsors.

With only one French team, AG2R La Mondiale, automatically invited to the race as a result of having ProTeam status, ASO has used the four invitations left to its discretion to beef up the domestic presence, with no teams from outside France getting a look-in.

As a result, it’s Cofidis, FDJ, Saur-Sojasun and Europcar that get the chance to build on French success seen in last year’s race, when four Frenchmen riding for teams based in their home country – Sandy Casar, Christophe Riblon, Thomas Voeckler and Pierrick Fédrigo – picked up stage wins, with Sylvain Chavanel, riding for the Belgian outfit Quickstep, also winning a brace of stages and spending two stints in the maillot jaune.

The full list of teams that will contest the race, which gets under way in the Vendée on 2 July, is as follows: