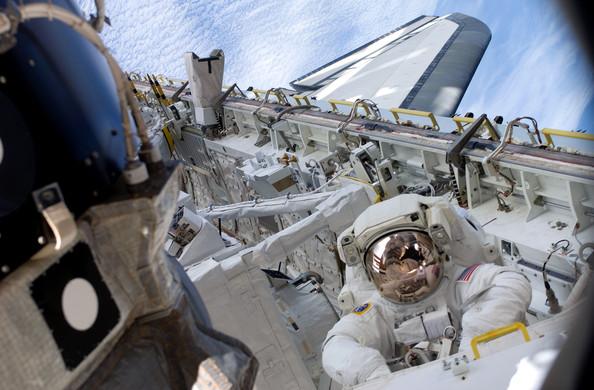 For most of us, breaking a hip in a tumble from the bike might result in a few weeks off work, not even that long if you can work from home with a laptop, perhaps causing our employer to juggle some schedules. What it won’t do, however, is throw plans for the last but one Space Shuttle mission into disarray and result in you missing out on what may be the last chance you’ll ever have to undertake a spacewalk.

That, however, is exactly what’s happened in the case of astronaut Tim Kopra, currently on indefinite sick leave as he recovers from injuries sustained after he crashed his bike at the weekend in which he is believed to have broken his hip.

Today, NASA dropped the 47-year-old from the crew of the final mission of the Space Shuttle Discovery, currently scheduled for February 24, replacing him with veteran astronaut Stephen Bowen.

“Tim is doing fine and expects a full recovery, however, he will not be able to support the launch window next month," said Peggy Whitson, head of NASA’s Astronaut Office, as reported by MSNBC.

"If for some unanticipated reason STS-133 slips significantly, it is possible that Tim could rejoin the crew," she added.

The mission will mark the penultimate flight of NASA’s Space Shuttle fleet which is being retired after three decades, partly due to concerns about safety, with two of the craft previously falling victim to high-profile disasters.

Kopra, who hails from Lance Armstrong’s home city of Austin, Texas can take some comfort from the fact that he hasn’t missed his one and only chance at getting into space – in 2009, he was a flight engineer aboard the Space Shuttle Endeavour, and spent nearly two months on board the International Space Station, taking part in five spacewalks.