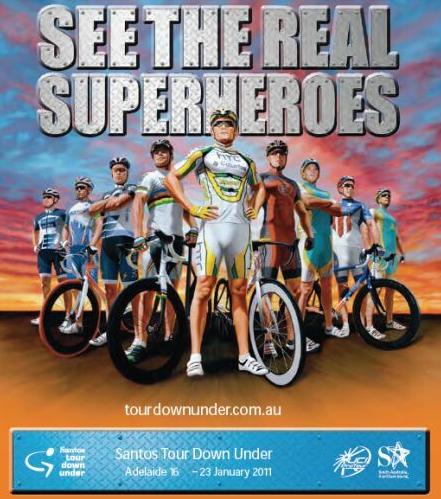 Matt Goss of HTC-Highroad avoided a crash on the final bend to win the Cancer Council Classic in Adelaide today, and will lead his team in this week’s Santos Tour Down Under, with Mark Cavendish likely to play more of a supporting role.

Cavendish and former team mate André Greipel were among the riders brought down after last year’s winner, Team Sky’s Greg Henderson, crashed on the final corner of the 51-kilometre criterium, held on a circuit in Adelaide, South Australia’s capital.

Last season, the 24-year-old Goss, who comes from Tasmania, won his first ever Grand Tour stage during the Giro d’Italia, but in the Vuelta he acted as leadout man to Cavendish, a role he performed with aplomb, helping the Manxman to four stage victories and the green points jersey.

Today, however, it was the man who usually opens up the sprint for Cavendish, Mark Renshaw, who undertook that duty for Goss, crossing the line behind his teammate to clinch second place, with Robbie McEwen, in his debut race for Team RadioShack, taking third.

Following his win, Goss, who last week won the Jayco Bay Cycling Classics series of criteriums, said: “The crash on the last corner caused a lot of chaos, but my team-mates gave me the perfect lead-out.”

Team director Alan Peiper added. "Goss is going well and it was great team effort today.” Referring to the Tour Down Under, which starts on Tuesday, he said: “Goss now has to be team captain but Cavendish still wants to win a stage."

Team Sky, who had been prominent at the front of the peloton together with HTC-Highroad entering the final lap before Henderson’s crash, placed two riders in the top ten, with Chris Sutton in fifth place and Ben Swift seventh.

Greipel, now with Omega Pharma-Lotto, who will this week seek to defend the ochre jersey he won in last year’s Tour Down Under, a race he also won in 2008, had to be content with 15th place today due to the final-lap crash.

Following an agreement by the riders earlier this week, all the prize money from today’s race has been donated to the Queensland Flood Relief Fund.