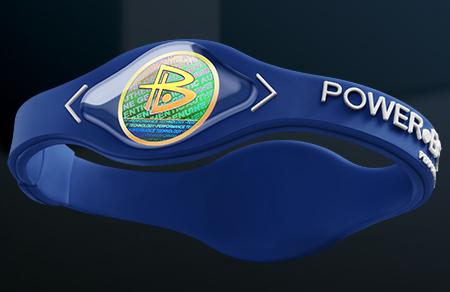 One topic of debate among cycling fans during the 2010 season has been whether Power Balance bracelets, which incorporate a hologram and are said to “work with your body’s natural energy field” to improve performance, actually work. The answer, according to authorities in Australia, appears to be a resounding “No!”

Throughout 2010, the $30 silicone wristbands have been sported by the likes of Lampre-Farnese Vini’s Alessandro Petacchi and Team Sky’s Juan Antonio Flecha. Outside cycling they have been endorsed by the likes of basketball star Shaquille O’Neill , Formula 1 racing driver Rubens Barichello, and England cricketer Kevin Pietersen.

Not so, says the Australian Competition and Consumer Commission (ACCC), which has secured agreement from the company to change the wording of its advertising and product packaging after it admitted that it could not provide scientific backing for its claim that the bracelet improved "balance, strength and flexibility."

According to BBC News, the company has also agreed to refund its customers in Australia if they ask for their money back, and will also remove the term “performance technology” from the wristband.

"Suppliers of these types of products must ensure that they are not claiming supposed benefits when there is no supportive scientific evidence," commented ACCC chairman Graeme Samuel.
"Consumers should be wary of other similar products on the market that make unsubstantiated claims, when they may be no more beneficial than a rubber band."
Earlier this year, the product picked up an unwelcome accolade when it became the recipient of one of Australian consumer watchdog CHOICE’s wonderfully-named Shonky Awards.

CHOICE admitted that it had made the award “with some reluctance,” pointing out that “when Australian Skeptics demonstrated on Today Tonight that it patently didn’t do anything, subsequent sales skyrocketed: apparently any publicity is good publicity after all.”

The consumer oranisation added that it conducted its own tests “under controlled laboratory conditions – after all, you can’t believe everything you see on TV – and verified the Skeptics’ findings.”

It added: “The money-back guarantee, however, did work. The only power this bracelet seems to have, placebo effect notwithstanding, is in tipping its distributor’s bank balance well and truly into the black – they’re reportedly raking it in. So, if a fool and his money are soon parted, there are apparently plenty of fools out there – and they’re all conveniently identified with a rubber band bracelet. If you see one, offer to sell them a bridge.”