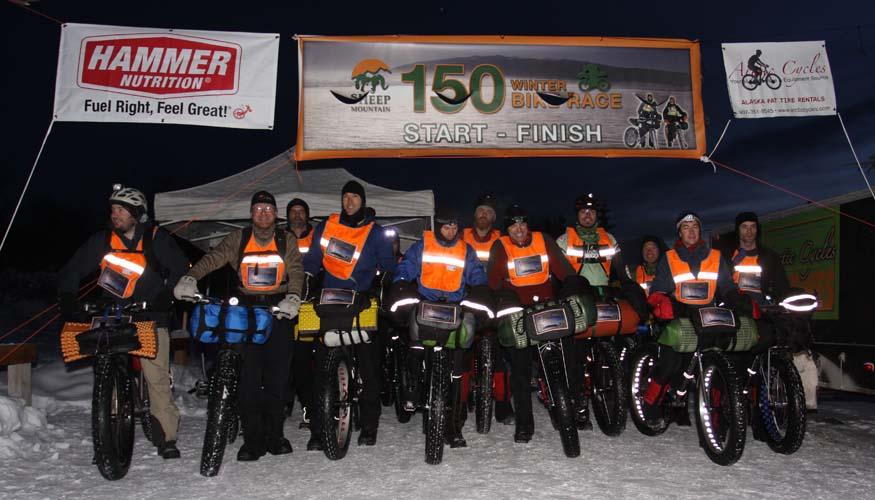 As Britain braces for another sprinkling of snow, US riders take on the real deal
by Simon_MacMichael

While cyclists in Britain have been coming to terms with wintry conditions in recent weeks, spare a thought for some intrepid riders in Alaska who took part in a 150-mile race that proved so tough that only two of the 12 entrants managed to complete it.

A further six cyclists completed a shorter, 100-mile course in the race, which took place in the stunning mountain scenery around the Sheep Mountain Lodge in the state’s Glennallen area, where the temperature at this time of year can hit minus 50 degree Centigrade and never climbs above zero.

Officially known as the Sheep Mountain 150 Winter Bike race, the 150-mile event was won in 33 hours, 7 minutes by Jeff Oatle from Fairbanks, with Bill Fleming of Anchorage coming home in 34 hours, 14 minutes.

Six others completed the 100-mile course, with that race won by Frank McGuire, also of Anchorage, in 32 hours, 28 minutes.

The riders undertook the race on fat bikes, similar to mountain bikes but with much wider tyre clearance of up to four inches, allowing them to be used on surfaces such as sand, gravel and, of course, snow.

More information on the event can be found on its website.