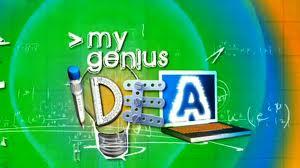 A ten-year old boy from Conwy in North Wales has won a national award after using the experience of losing a friend killed in an accident while out cycling to invent a safety device that warns motorists of cyclists ahead of them on the road.

The device, called the Bike Bleeper, was dreamt up by Tybalt Melia from Capel Curig, who submitted his invention to CBBC’s My Genius Idea competition, as reported on the BBC North West Wales website.

The Bike Bleeper clips onto the handlebars and sends a signal to cars behind via their radios, warning them that there is a cyclist ahead on the road.

The BBC said that the youngster has already met with management of a satellite navigation company with a view to producing a commercial version of the safety device, and a bicycle firm is also said to have expressed interest in it.

Tybalt’s mother, Alice Douglas, said: "The meeting was on the 20th floor of one of the highest buildings in London. He was half sitting there, talking seriously about his product, and then running to the window and saying, 'Wow, this is really cool!'

"The guys were really sweet with him, but it was very funny to see him in this big boardroom."

Judges said that they had been especially impressed by the way in which the youngster had worked hard to refine his invention during the series, such as responding to tests that discovered the device worked best in rural areas, rather than cities including Cambridge where there is a high number of cyclists.

He also agreed that the Bike Bleeper should be fitted with an automatic cut-off to prevent it continuing to send out signals when the bike was not in use.

"I never thought I'd get this far,” said Tybalt, “and I thought Emily [the other finalist, whose invention sought to warn sea mammals from swimming into dangerous waters] did really well.

"It's been a great experience and I've really enjoyed it."

With the series filmed in advance, Tybalt needed to keep the outcome secret, which was made harder by the fact that his sister, Hero, also reached the final of another TV talent series, Must Be The Music.

"When Hero was being congratulated, he'd already won his show, but couldn't say anything," said Tybalt’s mother.

"They are different,” she reflected. Hero will work very hard, but Tybalt will do things when he wants to.

"I tried to sit him down and make him think of the 10 minute presentation he had to make for the final, but he just said, 'No - I've got it in here. I know why I made it and you can't put words in my mouth.'

"And he was right," she added.