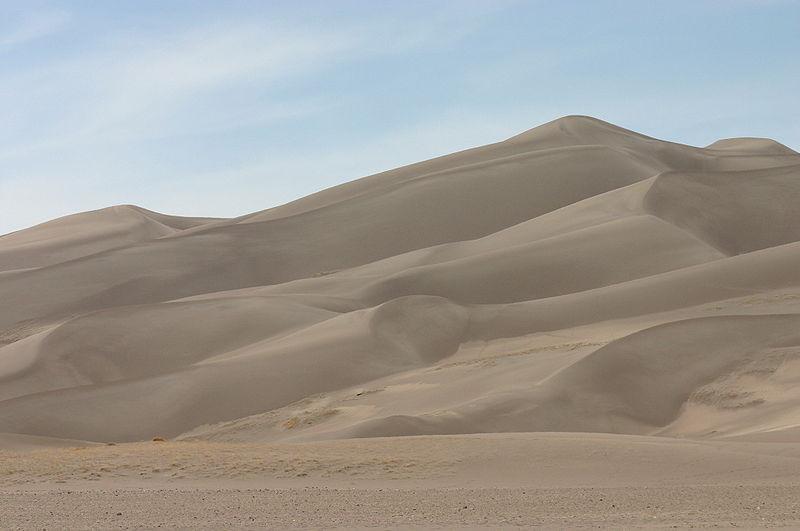 Sustainable transport charity Sustrans and national cyclists’ organisation CTC have joined bike riders in calling for changes to be made to a £7 million cycle route that is being rendered impassable in parts due to fine sand being blown across it.

According to a report on the website Wales Online, Conwy Council has increased the frequency with which sand is cleared from a section of the route at West Shore in Llandudno from once a quarter to once a month at an annual cost of £6,000.

However, that still isn’t often enough to resolve the problem, and Sustrans Cymru wants alterations made to prevent sand ending up on the cycle path in the first place, which it says is deterring cyclists from using the route, which runs between Llandudno and Conwy.

As well as the risk of slipping on a sandy surface and the unpleasentness of sand whipped up by the wind stinging you when it comes into contact with the skin, there's also the issue of fine grains causing untold damage if once they come into contact with a bike's moving parts.

Once they get mixed up with chain lube, a full strip down is needed to get rid of them, and if they get into your brake pads, it's a quick way to ruin a set of rims.

Sustrans area manager Glyn Evans told the website: “We know cyclists stay away from the route because of the sand, which is a shame because the Welsh Assembly Government (WAG) ploughed a lot of money into it. It’s just a dog walkers’ route. It’s a wonderful route but it’s unusable at the moment.”

Conwy council has attempted to use fences to keep the sand at bay, an initiative welcomed by Mr Evans, but he added: “That hasn’t worked. There’s even more sand accumulated around the fences. The time has come to look at the route again to see what longer-term measures can be implemented.”

There are also fears that a second route planned on the other side of the Conwy estuary, which would take cyclists and walkers away from the busy A55 Expressway which has a speed limit of 70mph, may also fall victim to the same problem since it, too, is located close to sand dunes.

Wales Online reports that council officers were instructed seven months ago to hold talks with the WAG regarding “on-going maintenance costs associated with clearing blown sand,” but there has still been no agreement reached for the council to build the path at Morfa Conwy.

Roy Spilsbury, of CTC Cymru, was quoted as saying that the costs of maintaining the path would be minimal. “This isn’t the time to be tight-fisted,” he insisted. “The council should consider the benefits to local traders and people, and the holiday industry.
“The most unlikely individuals are on there, travelling some distance.

“It’s not unusual to hear people say: ‘It’s 40 years since I’ve been on a bike and I feel I’ve missed out for 40 years.’ Sometimes you see toddlers, parents and grandparents out together on their bikes. They’re thrilled.”

He added: “The biggest drawback is people in wheelchairs have difficulties with the sand. Their needs should be taken on board as well.”

Mr Spilsbury’s proposed solution was that netting be put in place over the sand, or that vegetation be planted to help prevent the dunes from being eroded.

In May this year, council officials said that they expected to receive funding to build the Morfa Conwy bike path, but warned that “It is likely that the authority will come under pressure to remove wind-blown sand as soon as it accumulates.

“Because of the unpredictable nature of sand accumulation, it is not possible to produce definitive costs for its removal at this stage.”

1
Is a 13-speed Campagnolo road groupset on the way?
2
Cycle route in Swansea or Alpe d'Huez? Hairpin-packed active travel path opens
3
Do you need a solar smartwatch? This week's five cool things coming soon from Garmin, Shimano, Vel, Spatz and HJC
4
"We shall never see his like again": Remembering Mike Burrows
5
Near Miss of the Day 813: Audi driver passes oncoming cyclist at speed on narrow country lane
6
“Think!” – Ineos Grenadiers rider Laurens De Plus sends safety message to drivers after he is knocked off bike
7
Cyclist sustains serious injuries after council fails to remove fallen tree from bike path
8
Roy Keane says cycling is his only way of keeping fit – but he’s “not exactly Sean Kelly”