Welcome to Friday's live blog, with Jack Sexty your captain throughout the day plus the odd contribution from the rest of the team...

Don't want to get the tube at the moment? Want to help a small business?

Give @pedalmeapp a go if you need to get around central London today https://t.co/ya4zAjJVVo

The e-cargo bike couriers and taxi service said jobs had been hit hard by the coronavirus outbreak, and put a callout for jobs earlier in the week. It's been going pretty well, with plenty of jobs coming in...

85 jobs so far today! Any more for any more? https://t.co/Mcwh3ehPEB

13 March 2020, 16:31
Rory Stewart accused of pandering to the wrong crowd with campaign to reopen Hammersmith Bridge to motor traffic

It is essential that we break the Hammersmith Bridge deadlock. As Mayor, I would underwrite the full cost of repairing the bridge in my first week in City Hall. My plan in @CityAM 👇https://t.co/6dOg6PixeF

Recently the ex-Tory MP - who is now running for London Mayor as an independent candidate - has been vocal in his support for the repairing of Hammersmith Bridge to open it up to motor traffic once more. This is at odds with what numerous Londoners who get about by bike or on foot are reporting, commenting on the temporary pleasantness in the area due to the lack of heavy traffic.

Needless to say, Stewart's tweets haven't gone down majorly well in the last couple of days...

So in a city with illegal levels of pollution, most residents without a car, excellent public transport and high level of obesity you want to invest in expensive motor vehicle infrastructure as mayor,despite the smartest cities in Europe going the opposite direction? Shortsighted

This is at risk of becoming an example of smug insular complacency, refusing to pay any attention to what any other country is doing or the successful public health approach in 🇩🇰. We should show some humility, learn from others and act now.

I never used to use the bridge because it was clogged with motor vehicles. I've cycled across it several times since they prioritised walking and cycling on it, even though I live in Brixton, a fair distance away. Its current state is a big improvement.

You're on the wrong side of this. We need to stop driving around London and stop now. Now. Not soon, or in a bit, or when it's easier, or when we can. Now.

Shame on you Rory. As you speak you can clearly see people walking and cycling on the bridge, so it isn't closed, as you vehemently day it is. The bridge doesn't need to have ICE vehicles in it to be open. I have to say, based on this, I hope you don't win.

...although his comments on coronavirus have proved more popular, with Stewart criticising the government's lack of urgency on the matter

The events affected are:

Organisers Peloton said in a statement: "Peloton would like to take its responsibility by limiting the risks of a further spread of the coronavirus Covid-19.

"Even though Peloton had already taken plenty of extra health measures at previous events and was also all set to do so at the forthcoming Cyclo races, we cannot ignore the fact that a lot of people gather around the start and finish of such events. We, as organisers, therefore want to exclude any triggers that could lead to a rapid spread and are moving our events to a later date.

"As soon as a new date is known, we will communicate it immediately." 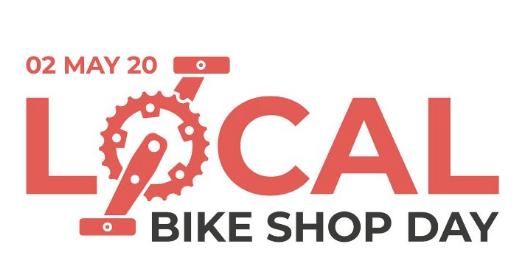 It's Local Bike Shop Day on 2nd May 2020, organised by Cyclescheme in a bid to champion independent bike dealers. Last year's event saw over 150 local bike shops participating - growing by 72% from the previous year -  and it's predicted over 350 will take part in 2020.

Better Health Bikes in East London, who took part in Local Bike Shop Day 2019, said they had “the busiest day ever with the highest turnover and many new customers” on the day last year: “Local independent bike shops have little voice within national and local news outlets, so this is helping to give IBDs a voice and stay front of mind.”

Six local bike shops will be selected by Cyclescheme to get £150 vouchers to take their staff out, awarded to those who have been the most active on social media in the build up to Local Bike Shop Day and holding in-store events on the day - read more about it on the website here.

It looks like the odd positive thing (apart from positive tests) might have come out of all this after all, with reports of cycling on the increase in cities around the globe as poeple try to avoid public transport/any sort of confined space.

The London Cycling Campaign has published tips for people getting back onto the bike after a long hiatus; checking bikes are roadworthy, booking a service if neccessary and investing in decent locks are some of the handy suggestions.

In Germany the health minister has appealed for more people to cycle and walk and avoid public transport, while in New York many are cycling to avoid the subways for the first time. Jen Ewald told the New York Post: “I feel better taking the bike.

“There are fewer hands touching these handlebars than the subway poles.”

21,300 people were reported to have rode over New Yorks's four East River bridges on Monday, up 52% compared to an average day in March last year.

Will people change their travel habits for good when all this has blown over? We've got a few quid riding on it... 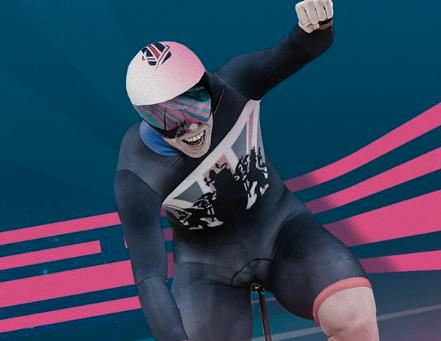 "At Madison Sports Group the safety and welfare of our athletes, event staff, partners and guests is of utmost importance and since our statement earlier this week, the World Health Organisation has declared the coronavirus outbreak a pandemic and the UK Government has chosen to move to delay phase of its response plan.

"Whilst we do not believe that any of our athletes or staff have been infected with the virus, we have decided to take this action in everyone’s best interest. We appreciate the support of our athletes, the cycling community and our supporters through this complicated decision-making process."

France forbids all gatherings of over 100 people. From now.

The Paris-Nice peloton is 115 riders. https://t.co/kEVoieleMS

...because there are over 100 riders in the peloton. Looks like there's no choice but to form a large breakaway; although we have it on good authority that the pro peloton have some form of dispensation to continue racing despite today's ban.

Spot this Frankenstein today in Berlin from r/bicycling

This madness was spotted in the German capital by a Redditor yesterday, and appears to have its front suspension bolted onto two rusty poles. Things don't get much better or safer at the back, with what look to be inner tubes tied all over the front triangle with another bike frame (we think?) acting as seatstays of sorts. We'll have whatever it's creator is smoking...

Official Communication: After consultation with the relevant authorities, The Union Cycliste Internationale and the Ville de Nice, the organisers of Paris-Nice have decided that 7th stage, finishing at Valdebore la Colmiane, will be the last of the race.

The rumours were true, Paris-Nice will end tomorrow instead of Sunday as originally planned. The statement says: "After consultation with the relevant authorities, The Union Cycliste Internationale and the Ville de Nice, the organisers of Paris-Nice have decided that 7th stage, finishing at Valdebore la Colmiane, will be the last of the race.

"This decision, taken as part of the fight against the spread of the Coronavirus, means that the final stage in Nice is now cancelled."

Will that be the last bit of (outdoor) cycling we see for a while? There's always the Zwift e-racing...

When you need to get your kid to school 😂 pic.twitter.com/x2BjUdi0TJ

In the current state of affairs he might have to keep him home for the coming weeks, but you can't fault the determination...

13 March 2020, 09:20
Bahrain McLaren withdraw from Paris-Nice, with reports race will finish tomorrow instead of Sunday

Team Bahrain McLaren has with regret today withdrawn from @ParisNice.

In a statement, the team said: "Team Bahrain McLaren has with regret today withdrawn from the 2020 Paris-Nice road race.

"Following consultation with the team’s riders, medical staff and other stakeholders, and in light of the rapidly escalating public health risks associated with the Covid-19 virus, the decision has been taken to repatriate all team personnel to their homes as soon as possible. Rolling restrictions on movement across Europe and the health of the entire team mean this precautionary measure is an immediate priority.

"Team Bahrain McLaren wishes to thank the UCI, the ASO, the AIGCP and its competitor teams for their understanding and support at this time. The team extends its appreciation to its partners and the many thousands of passionate fans and communities that have supported all of the riders throughout this great race."

Meanwhile, there are reports that Paris-Nice will end tomorrow instead of Sunday, although that's still to be officially confirmed. More when we get it, and we expect more teams to withdraw from stage 6 throughout the morning.

@ParisNice will be the last race you’ll see in a while. We are the last man standing. Enjoy it while you can.

Whether the Belgian has more info or is simply predicting the state of things to come we don't know, but it's very likely true with pretty much all pro races including spring classics in Belgium and Italy called off until further notice.

Will delve into the archives.

Luckily the best one of the lot from their archives is pinned to the top of their Twitter page... happy Friday, despite all the doom and gloom!

The only Links Rechts video you’ll ever need. Beefeaters, Bananaman, kids forced to where our hats whether they like it or not......oh and a T’Rex on his way to the shops 🤣. Peak Beefeater Bend! #TDF #TDF2019 pic.twitter.com/iTlvZUnVWH

It’s Lyme.... oh my goodness, did I just correct the spelling of Mr. Dowsett? That’s a first!

The former Katusha rider - who recently signed a contract with Wahoo to race gravel races exclusively, failed to realise that Mr Dowsett intentionally got his limes mixed up in this instance. Doh!