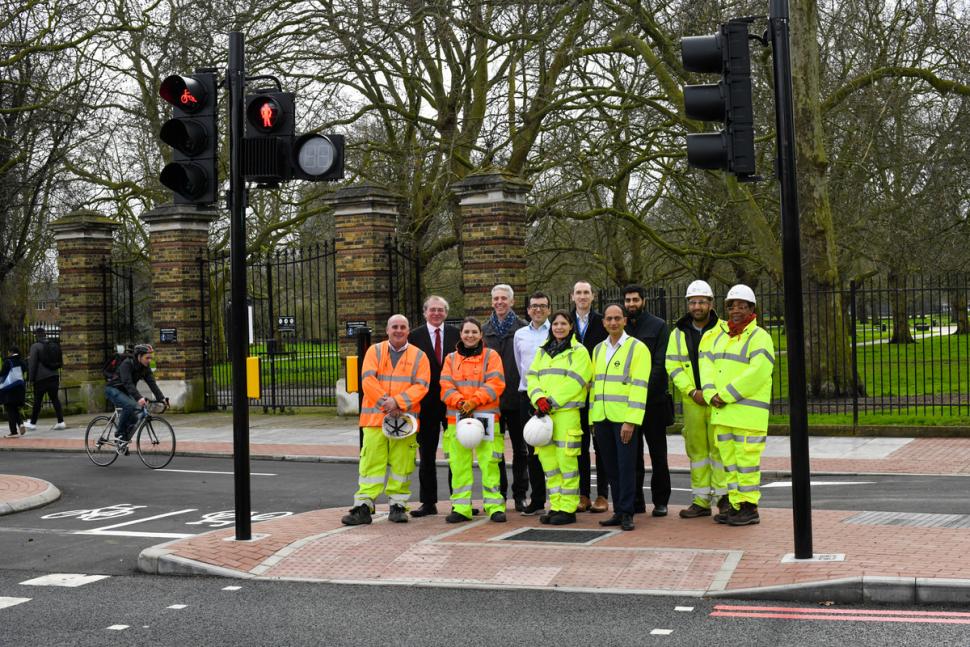 A ​new cycleway has opened by-passing the Rotherhithe roundabout in South London, one of the most dangerous junctions for cyclists in the capital.

Crossing the junction to the south and linking Lower Road and Jamaica Road, the segregated, two-way cycle track will form part of Cycleway 4 running from Tower Bridge to Greenwich and ultimately Woolwich.

Lots of scary news at the moment. But here's something majorly good. This opened today in SE London (Rotherhithe) https://t.co/dcB4yIu0tk

Transport for London (TfL), which worked alongside Southwark Council on the scheme, says that it has been completed five weeks ahead of schedule.

The roundabout lies on a major commuting route into the city centre from south east London but one that has been lacking in safe infrastructure for cyclists.

A number of serious injuries to bike riders have been recorded there in recent years, while many people are deterred from riding on the route due to high levels of motor traffic.

Improvements such as wider pavements and new crossings have also been made to provide greater safety for pedestrians.

Julie Lewington, TfL’s Head of Healthy Streets Programme Delivery, commented: “The changes at Rotherhithe roundabout and along Cycleway 4 will make a huge difference to thousands of people’s journeys every week.

“I’d like to thank everybody in the area for their understanding and patience whilst construction work has been taking place.”

Will Norman, London's Walking and Cycling Commissioner, added: “At City Hall we are doing everything we can to make walking and cycling in the capital as safe as possible.

“That is why we have completely overhauled Rotherhithe roundabout along with some of London’s other most intimidating hotspots.

“By creating new crossings and segregated routes in Rotherhithe, we are making it safer and more convenient for many more Londoners to walk and cycle, which is crucial to clean up our toxic air.”