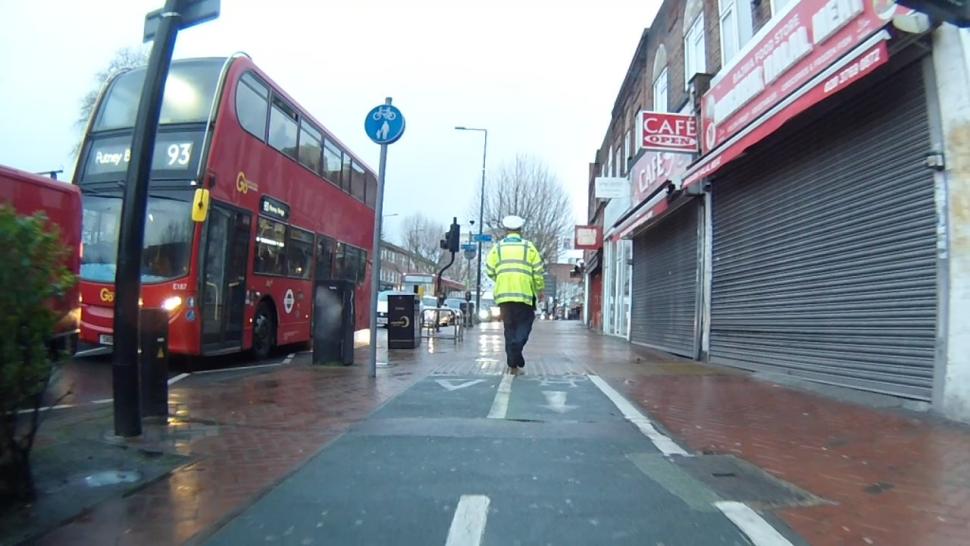 Police operation in Morden this morning follows Friday's distribution of free hi-viz to cyclists in nearby Colliers Wood...
by Simon_MacMichael

Metropolitan Police officers are once again targeting cyclists in south west London this morning. As we reported on Saturday, officers from the force’s cycle safety team were distributing hi-viz vests to riders in Colliers Wood, and now a road.cc reader tells us that he was stopped by a traffic officer while attempting to use a shared use path in nearby Morden.

Adrian told us that the operation we covered on Saturday took place “right next to one of the worst pieces of cycling infrastructure you’ll see – a murder lane where the bikes go straight on and the majority of cars turn left.

“This morning, they moved their attention to Morden, 1.3 miles south, where there is another piece of well-conceived but poorly executed cycling infrastructure,” he said.

“One part is clearly a two-way bike lane; the other part is shared used but cluttered with Pelican crossings, bike racks and trees. It does have a drop kerb to get onto it from the road. I use it every morning because it skirts around a rather nasty roundabout. The signage is poor, but it is there.”

He continued: “This morning, I popped up the dropped kerb onto the shared-use part, heading for the cycle part. As I approached it, a policeman stepped out and stopped me.

“Apparently the shared-use area isn’t shared-use; it’s pedestrian only and I must push my bike if I wanted to reach the cycle path. The presence of a sign showing otherwise was, ‘Not ideal’.

“I really don’t know what they are trying to achieve – what the Met set out to do was to push me back into a stretch of road that is really unfriendly. Realistically, I am not going to get off and walk – I am, after all, a cyclist.”

Adrian took a couple of photos of the location, taken from each direction. “The front-view photo shows the policeman with the ‘segregated’ lanes behind him, with a shared-use sign,” he explained.

“The reverse view shows the shared-use sign covering the supposedly pedestrian area and a variety of bike racks and other cycling signs.” 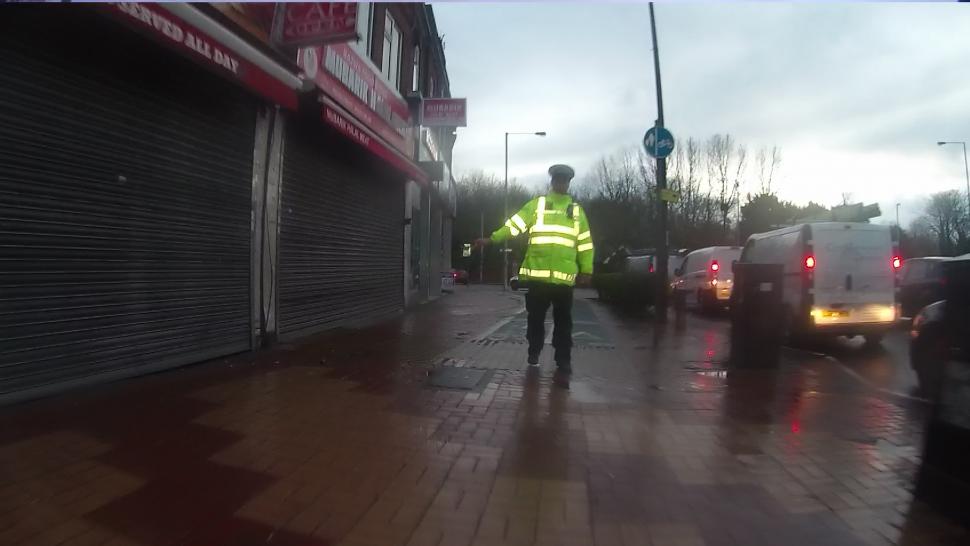 On Friday afternoon, the Met’s Cycle Safety Team tweeted a picture of its operation in Colliers Wood, showing officers handing out hi-viz vests to cyclists, attracting a lot of critical comments on Twitter.

However, the force’s Vision Zero lead, Superintendent Andy Cox, replied to the criticism defending the initiative.

I find the tit-for-tat tweets v frustrating. This is not ‘victim blaming’! If a dangerous driver escapes conviction on basis of #Cyclist not in high vis then thats ludicrous!! We do this to save life! If it saves a life then that’s a v good days work! #Cycling #RoadSafety #London https://t.co/iuVRejcQyq

We've covered stories before in which shared use paths appear to have caused confusion on the part of the Met - including this one from last year in which a cyclist who had submitted close pass footage was himself told that he would be prosecuted for riding on the footway - even though there his video clearly showed signage permitting him to ride there.