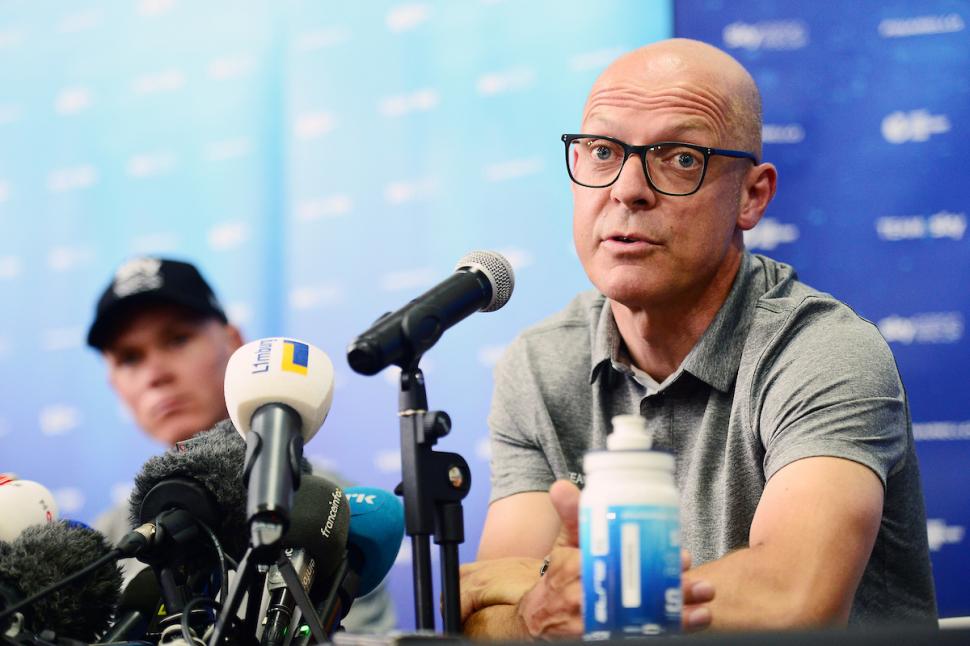 Team Ineos boss Sir Dave Brailsford has said that Chris Froome should not be written off despite reports last week that his recovery from injury was behind schedule – and insists that team staff are doing “everything they can” to get the four-time Tour de France winner to the start of this year’s race in Nice.

Press reports in Italy last week claimed that the 34-year-old had left a Team Ineos training camp two days early and that sports director Dario Cioni was concerned about whether Froome would fully recover from the horrific injuries he sustained while undertaking a recce of the individual time trial course at the Criterium du Dauphiné in June.

His injuries included fractures to several vertebrae, his hip, elbow, sternum and right femur, and last month the rider acknowledged that he was still needed to regain full power in his right leg.

Froome took to Twitter on Sunday to refute reports that his rehabilitation was behind schedule, saying: “Hope that I can set this straight, I was last at a training camp at the beginning of December.

"My recovery is going well and I will be heading to my next training camp on Thursday,” he added. “Onward.”

Eurosport reports that Brailsford told Italian sports daily La Gazzetta dello Sport that Froome is continuing to focus on being fit enough to return to racing, with the goal of seeking a record equalling fifth Tour de France victory.

"After the accident, Chris worked incredibly hard,” he explained. “He is putting all the courage and determination into training that led him to win seven Grand Tours to be ready in time for the start of the 2020 Tour.”

He added: "No one should underestimate Froome. He and Ineos will really do everything they can to get him to his best by the start in Nice on Saturday, 27 June."