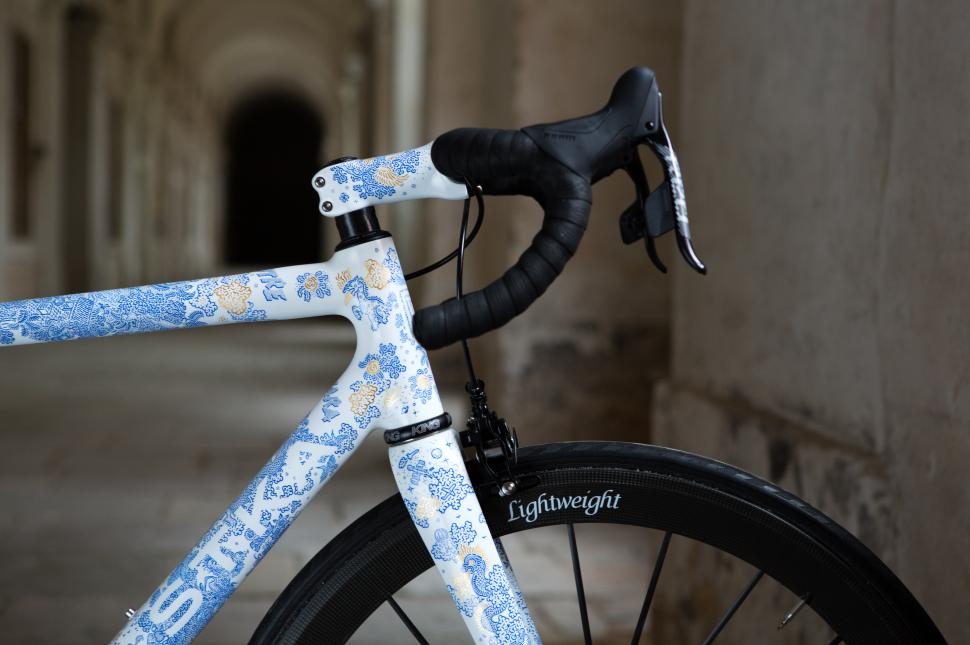 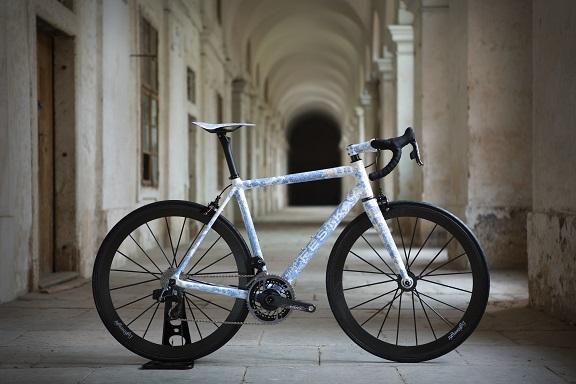 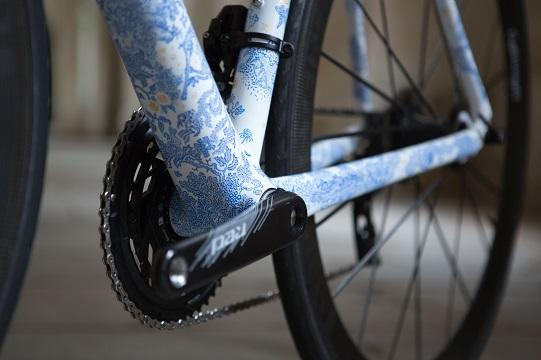 Most of the fine brush strokes are in a light blue paint, but there are also 24 carat gold details throughout the frameset. It took a whole 13 months to complete, with "every single detail carefully thought out and consulted with the client" according to Festka. 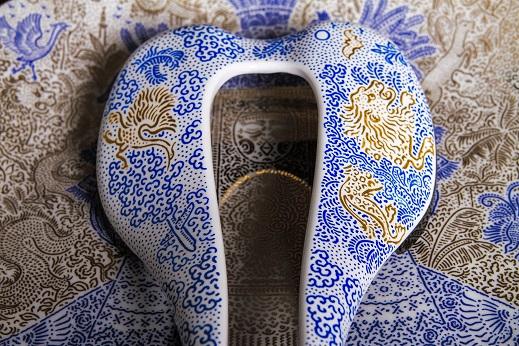 Despite its delicate appearance the bike is still ready to race and rides every inch the same as another Festka Spectre with a less audacious paintjob... and with the bike valued at $35,000, you'd hope it would. We're not quite sure how one would go about actually buying it, but you can find out more on the Feskta website here and watch a video of it getting painted up here. Marvin Rees was challenged by e-bike brand Volt to travel to all his Mayoral engagements by e-bike over two weeks, and he passed with flying colours... full story over on eBikeTips.

Varnish lost her employment case where she had argued that she was in effect an employee of British Cycling and UK Sport back in January, and has been given right to appeal. Full story on road.cc to follow...

Game changer. We need this https://t.co/TxfBdTNzoG

Mr Boardman hopes so, and so do we; the Guardian report that New South Wales hope to cut road fatalities by a third in two years with the introduction of the mobile phone-detecting cameras, the first of their kind in the world.

Get paid for cycling! Prototype app records your mileage and rewards you with vouchers to spend in shops. It's designed to tempt people out of cars and onto bikes and it'll be in #Exeter UK in April. See https://t.co/2FiVY8QK9o and https://t.co/AzqbuNJ8Ji #cycling @ExeterCycling pic.twitter.com/wXbWksHyFB

Biklio say they "recognise bicycle users for making their city a better place", and in return for clocking up mileage users can add up points to get vouchers to spend in local shops. The rewards can be in the form of discounts or free items, and Biklo say their partner businesses who sign up will benefit by getting increased footfall; plus the incentives for the public should equal less pollution in the atmosphere if they decide it's worth ditching the car for.

Cities partnered with Biklio can create challenges for app users, and the data can be used intelligently to create better infrastructure. It all sounds intriguing and although it's still at prototype stage, Biklio should be coming to Exeter and Southend-on-Sea in April 2020. Head over to their website for more info.

Thank you , thank you , and did I mention to EVERYONE for the support in whatever way you gave it, thank you.xxxxxxxx https://t.co/VQHuFYSeeJ

The Welshman, who also completed an Ironman back in September the day after being forced into revealing his HIV status, battled horrific conditions to complete the challenge over seven days. Thomas provided video updates last week as he rode through the night in howling crosswinds and rain, but he pushed on through the pain to finish on Sunday night in Aberdeen. If you're inspired, you can donate here.

Dutch Prime Minister Ekrem Imamoğlu went to his workplace by cycling today. How LOVELY. He looks like very modern and European. I am planning to the same. pic.twitter.com/z0HrsaokIH

Would be great if true... but unfortunately this is a parody account!

Just spotted this indoor bike parking at the Lidl in Smithfield. Nice! Never seen this before.

Lidl came in for some criticism on Twitter for the butterfly-style bike racks at their new West Norwood store, as reported on Monday's live blog; however some leapt to the supermarket's defence, saying there is perfectly adequate cycle parking at some of their stores up and down the country and abroad.

In the case of their Smithfield store in Ireland it appears the cycle parking provisions are indeed perfectly adequate, with sturdy Sheffield stands located indoors to protect bikes from the weather as shown in these photos from last week... sp why the inconsistency? We've asked Lidl's press office for a comment but are yet to hear back.

17 December 2019, 12:25
Bizarre incident at US cyclocross nationals sees rider go off course, re-enter and take out his opponent with the course tape

How to take out your opponent.

Better footage of the incident between - later champion - Gage Hecht and Kerry Werner at the US National Championships cyclocross.

The mishap took place at the U.S Cyclocross Nationals, when Gage Hecht (Donnelly-Aevolo) hit a number of ruts and went careering into the red course tape. As he steered back on course he took the tape with him, which knocked off the unfortunate Kerry Werner of Kona-Maxxis-Shimano behind him. The incident defined the men's race as Werner was the lead chaser and never caught back onto Hecht's wheel after he fell; 22-year-old Hecht eventually clinched victory with Werner finishing down in fourth.

Perhaps surprisingly Hecht wasn't disqualified, with our in-house cyclocross/Taylor Swift expert Liam Cahill suggesting this is because Hecht himself technically didn't take out his opponent: " You can't leave the course to gain an advantage, I believe the rule is you re-enter the course where you left it.

"There's also a rule about impeding other riders; technically Hecht didn't as it was the course tape that made the other rider crash. I'm chalking this one down as an unfortunate incident that's part and parcel of racing."

Can the lad celebrate his victory guilt-free, or is it all a bit harsh on his rival? Let us know your thoughts of course... 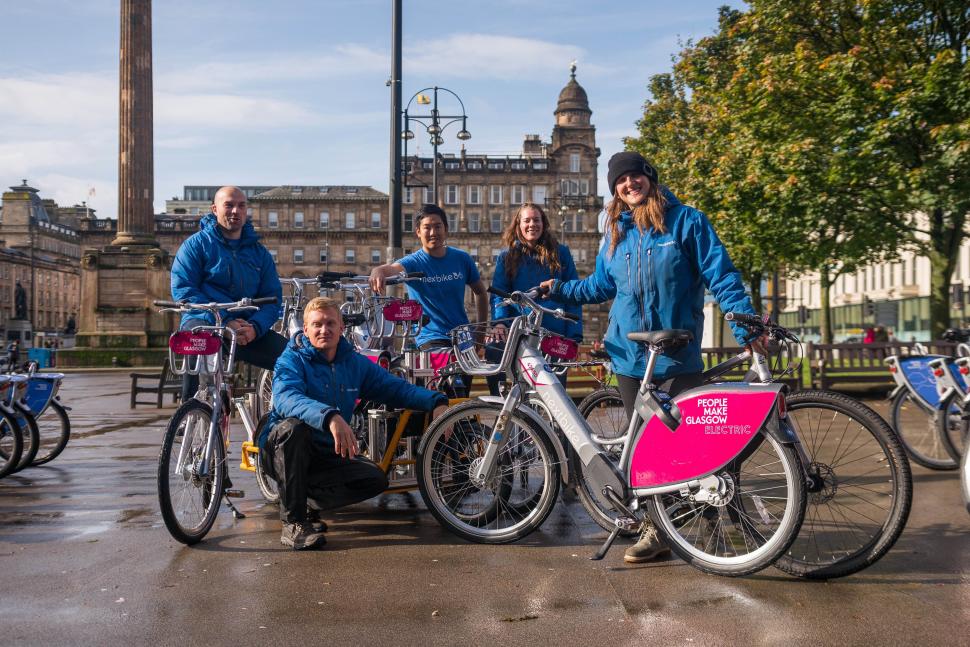 The world's most extensive bikeshare firm, which now operates in numerous parts of the country, toasted its two millionth UK trip that was recorded in Glasgow recently. It's a rapid trajectory with over 816,000 rentals in total in 2019; nextbike took over three-and-a-half years to hit their one millionth trip in the UK since launching in 2014, with the second million taking just 13 months.

Krysia Solheim, managing director of nextbike UK, said it was an important milestone and proved that bike share was gaining popularity as an everyday part of people’s lives: “To have hit two million rentals is great. We are delighted with how well our schemes have been received generally in the UK and that they’re used not just by tourists as a novel way of seeing a new city, but by residents and commuters from all walks of life."

Should there be more cycle lanes on roads? The campaign group Cycling UK is calling for more segregated cycle lanes (not just painted ones) to get us out of our cars. But would that just mean longer traffic jams? #JeremyVine pic.twitter.com/JBXacrfls1

Featuring classics such as "yes if they pay road tax" and "it should be illegal not to use them", The Jeremy Vine Show has decided to awaken the less learned side of their TV audience and social media following by asking if there should be more cycle lanes on Britain's roads. Mr Vine is well known as a keen cycle commuter so we'd expect he would be in favour, but many of the show's followers clearly disagree...

Sounds lovely but there’s no room to put them in, on roads that were built over hundred years ago so No

Sure if they pay road tax.

If there’s a cycle lane next to the road then it’s should be law that cyclists use it .

As long as they pay for them and as long as they are fined when not using them. There are a few around here that have cycle lanes on wide pavements but still clog up the roads instead of using them.

At least there were some more measured responses to the question in there somewhere...

They need to be done properly. Cyclists won’t use them if they have to stop at every single junction. It takes so much longer than riding on the road. Until cyclists are given right of way at junctions on cycle lanes they’re a waste of time.

Yes there should be. I bought a bike last year and would love to take my toddler on it but don't feel safe on the roads given the state of people's driving nowadays

Further down the page we likened the new kit being rocked by Italian continental team Bardiani-CSF to friendly TV dinosaur Barney... and before we could even task our graphic designer with mocking something up, Twitter has already made the comparison for us... 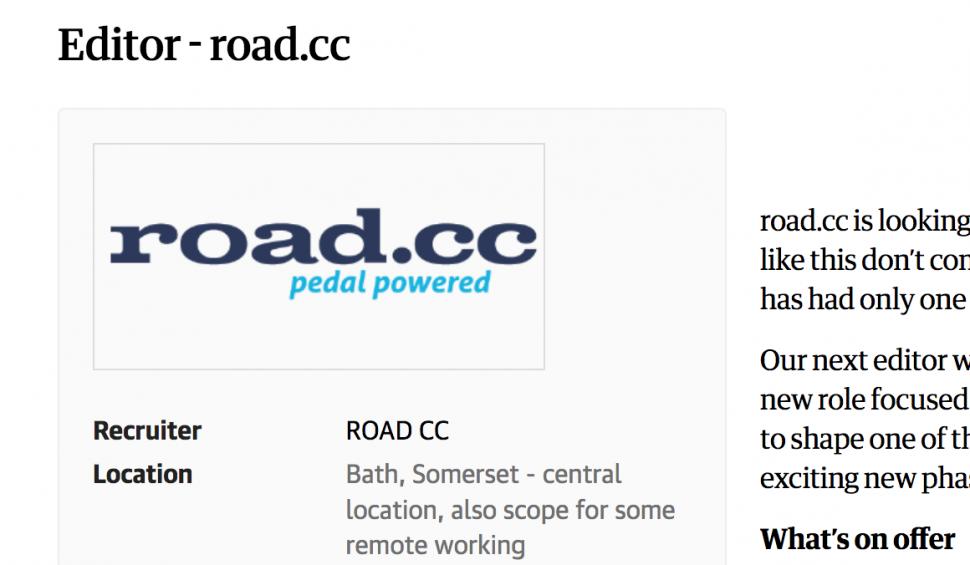 We're looking for someone to fill the big boss's boots, if you think you can fill his kitten heels (hey he's got surprisingly small feet) - you can find out more here and also here.

Beech Street in @cityoflondon is set to become UK’s first 24/7 zero emission street. Read more about this groundbreaking scheme that aims to bring substantial health benefits to those who live and work in the #Barbican area https://t.co/0VwMQbNvnT

The City of London Corporation has announced that pending final approval from Transport for London, Beech Street underneath London's Barbican Estate will be restricted to zero emission vehicles, cyclists and pedestrians by spring 2020 in a bid to improve air quality.

Of course any pedestrianised street is technically emission-free; however we've been told the difference is that this one is the first that will allow vehicular access, just not from anything that produces emissions.

Technically technically it still won't be totally emission-free, becauase (and perhaps understandably so) exceptions will be provided for emergency vehicles, access to the car parks off Beech Street and for refuse collection and deliveries. There is a bus route along Beech Street, but as it's full electric this won't be affected.

The experiment will run for 18 months, during which time the impact on air quality and traffic will be monitored, with the aim to bring the nitrogen dioxide (NO2) levels within air quality guidelines set out by the European Union and World Health Organisation. The City Corporation say if it's successful, the trial "may be made permanent."

City Corporation's wider plans to lower emissions include a proposal to turn parts of the Square Mile into zero-emissions zones by 2022, and cut the speed limit to 15mph as part of its new Transport Strategy... do you commute through Beech Street, and if so are you looking forward to the changes? Let us know in the comments as always.

Yeah, but I once knew a #cyclist who just couldn't keep up with the sheer volume of idiotic motoring stories.

This terrifying clip makes you wonder why anyone would be worried about the danger posed by a few kilos of carbon or alloy compared to trucks that can scoot a whole car along for quite some distance with the driver oblivious. Royal Mail don't appear to have replied to comments on social media yet...

Oh wow! I have no words pic.twitter.com/trHmYevteF

We couldn't help but notice that Bardiani–CSF's kit shares the same colours as the beloved 90's TV dinosaur... would you wear it?