In the final part of our interview, clothing brand’s CEO says it is aiming for greater accessibility
by Simon_MacMichael

In the third and final part of our interview with Rapha founder and CEO Simon Mottram, he explains how the business has repositioned its Rapha Cycling Club (RCC) membership scheme to make it more accessible to customers as part of a series of changes in the business following its change in ownership a little over two years ago.

In the previous articles in the series, Mottram shared his views on the growth of off-road and adventure cycling and how Rapha aims to harness that trend, as well as how it is reducing its reliance on discounting to restore the business to profitability.

At an event at Rapha's North London headquarters last week in which RCC members heard about new initiatives and products and were able to put their own questions to the team, road.cc asked Mottram where he saw the business in five years’ time. He revealed that growing RCC membership by making it more affordable and less tied to locations of Rapha Clubhouses is a key part of the company’s strategy.

“We made a loss last year, our sales went backwards,” he explained. “In five years, we should be two times the size we are now and making decent profits. That’s what we have to do and what we’d like to do.

With 13,000 members currently, it’s an ambitious target, but one that Mottram hopes to hit through decreasing the cost of membership to a little under £6 a month – around half the current cost – and making it less dependent on location.

Making such a fundamental change to a membership package risks alienating people already signed up to it, so Mottram wrote to existing members in November explaining how RCC was evolving and why, before they heard the news elsewhere.

“We did a whole relaunch a month ago, and I wrote to members,” he explained. “So, we haven’t broadcast it, but I wrote to the members and explained it and how it's changed and essentially what we what didn't want was the RCC to be a clubhouse-specific programme. 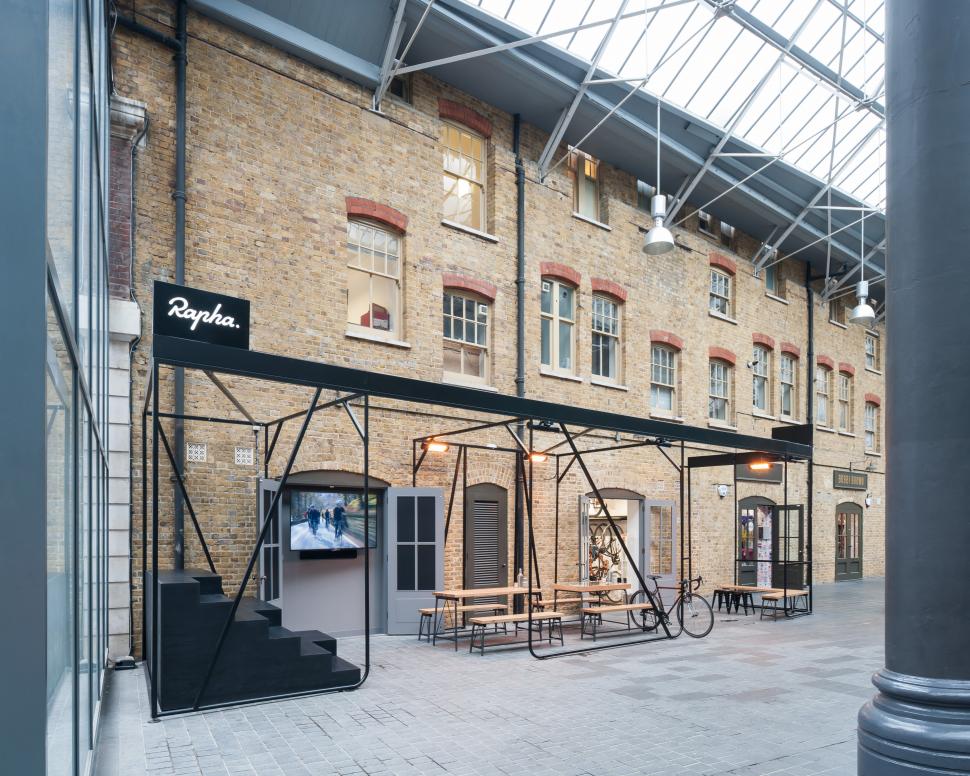 “We won't be able to have a clubhouse everywhere where somebody who's a great Rapha customer, or someone who loves the sport, is going to be based” he continued.

“We wanted to divorce the membership benefit from being near a clubhouse, so we've reduced the price so it's more affordable for people – it’s now £70, not £135, so it is pretty significant.”

The idea, Mottram said, was to “put it into the area of somewhere that's good value for anybody who's interested in what we do and who buys a bit a bit of our products,” rather than it being reserved for the keenest customers who happen to live near one of its clubhouses.

Besides the reduction in the cost of membership, other tweaks have been made to the RCC offer, which was first launched five years agi, a decade after the business started trading in 2004 through its Rapha.cc website; the .cc domain, officially relating to the Australian territory the Cocos Islands, was chosen since it can also be taken as referring to ‘cycling club’ – the very reason we at road.cc adopted it four years later.

Mottram explained some of those changes to us. “Coffee was free to members, it’s now half-price, but we’re opening up partner cafés all over the world, where members can convene, and they get half-price coffee,” he said.

“They don't have to be in a clubhouse and we've made the price of bike hire slightly higher, so it’s not just about that either, just high rollers who go on business trips to Tokyo and San Francisco … it's an amazing service and I love that because I do that sometimes but that's not our core member.”

So, 15 years on, is Mottram still as passionate about the business as he was when it was founded?

“Totally, yes. We have more potential now than we’ve ever had, which I'm so excited about and I think we've gone for a necessary adjustment for a year or two. After the acquisition we were all, hang on a minute, we’ve been growing at 35 per cent every year for 13 years.

“I've created this very complicated and beautiful but difficult to manage thing.

"Let's just do a bit of housekeeping let's make sure that we set ourselves up in a bit more sensible way.

"Let's reset what we’re trying to do and go at it again."