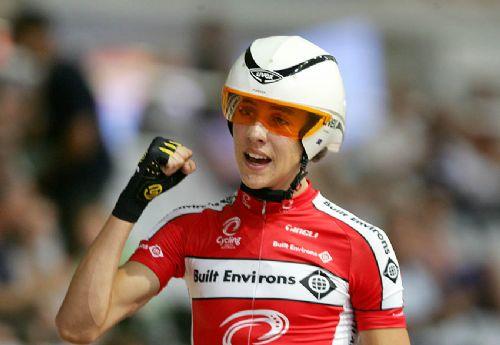 An Australian cyclist who won a Commonwealth Games gold medal in Delhi  has left a friend seriously injured as a result of a car stunt that went wrong.

Eighteen-year old Dale Parker was part of Australia's victorious men’s 4000m pursuit team in India, but he has now agreed to withdraw from all competition after the incident in which he lost control of his car while performing burn-outs in front of teenage friends.

His Nissan car is said to have struck a lamp post which came down on a 17-year old friend, causing him serious head injuries the Herald Sun reports.

Parker was also found to have consumed alcohol prior to the accident in Mt Barker, near Adelaide in South Australia. The country’s P-Plate system requires young drivers to ensure there are neither drugs nor alcohol in their system while behind the wheel – there is no lower limit.

Cycling SA executive manager Max Stevens said the rider was asked and has agreed to step down from all competition while the police investigation is ongoing.

"Dale has accepted that and understands that for the benefit of the sport that is the way to go,” said Stevens. "Everyone is entitled to due process and we respect that but for all parties concerned we believe that this is in the best interests of Dale and he accepts that.''.