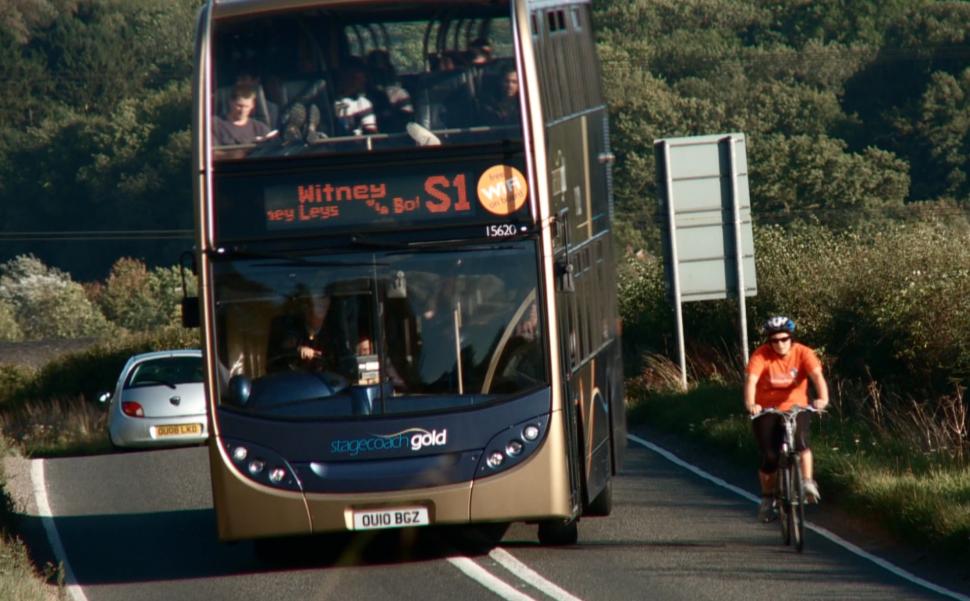 Plans to fund a safe cycle path on the road where a cyclist died earlier this month were scrapped at the last minute after local councillors said they believed its inclusion would make a bid for government road funding less competitive, road.cc can reveal.

John Howes, 58, was hit by a van driver on the B4044 near Farmoor near Oxford on 28 October, and died of his injuries on 1 November. The driver was arrested on suspicion of drug driving and subsequently released under investigation.

Councillors at Oxfordshire County Council (OCC) originally hoped to fund a cycle path or ‘community path’ between Witney and Oxford on the B4044 via an application to the Government’s Housing Infrastructure Fund (HIF) following a seven-year campaign for the path. However, in March, the cycle path was removed from the bid, amid fears it could jeopardise the overall application. The then cycling minister, Jesse Norman, refuted this, however, saying the cycle path was within the remit of the HIF.

John Howes died the same day part of the £102m funding bid, the dualling of the nearby A40, was announced as successful. Five days later, on 5 November, councillors announced they were looking for other means of funding the route.

In March the leader of Oxfordshire County Council, Cllr Hudspeth, wrote to campaigners explaining after talks with officials in the Ministry of Housing, Communities and Local Government (MHCLG) he understood “the cycle path reduced the business case of the bid,” which related to infrastructure for new homes, and said although he realised this was “not a good outcome for cyclists” he concluded “it’s better to get the main element of the bid rather risk nothing at all.”

Cllr Hudspeth told campaigners he believed there was a “misalignment of government departments that are discriminating against cyclists”, and wrote to Jesse Norman about it.

In the letter, sent to Norman on 20 March, Cllr Hudspeth said there “appeared to be a disconnect between our aim for improving cycling opportunities and the reality of the bid” and urged Norman to “restore cyclists’ faith in the government’s commitment to cyclists” by working with the council to fund the B4044 cycle route.

However, in a letter dated 24 April, Jesse Norman told Cllr Hudspeth he had spoken with the department and said “cycling and walking and other forms of green infrastructure do fall within the scope of the fund”, adding “there was no intention to advise on removing this specific proposal from the bid on the basis that it was an active travel scheme”, and saying government advisors don’t advise bidders on what to include in their applications.

The Housing Infrastructure Fund, Norman said, is intended to “support physical infrastructure that can be shown clearly to unlock and maximise the delivery of new homes”.

Councillor in tears over death of well-loved postman

Fellow Oxfordshire councillor, and the council's Cycling Champion, Dr Suzanne Bartington, told road.cc she was in tears when she heard about the death of Howes, who she described as a well-loved local postman, and an experienced cyclist who had cycled Lands End to John O’Groats (LEJOG) twice.

“It’s so, so awful; it’s tragic,” she said. “We have been saying something like that is going to happen.

“I deliberately go the long way to avoid that road. I have had several near misses.”

Bartington believes there is “a fundamental problem with the HIF itself”. It “needs to be substantially altered to really prioritise safe protected active travel”, she said.

Layla Moran (Lib Dem), who is seeking re-election as MP for Oxford West and Abingdon, wrote to Cllr Hudspeth in April claiming the council “has previously stated that it did not judge the path essential to the delivery of new homes, as required by MHCLG and confirmed in [Jesse Norman’s] letter.” She asked why the B4044 path was not “properly integrated” into the bid, leaving it, as a spokesperson from Moran’s office put it, “at the mercy of central government”.

“They had a golden opportunity to integrate it into the plan,” the spokesperson said.

At the time Cycling UK’s Roger Geffen expressed concern over the removal of the cycle path from the bid, which he called part of a “very worrying” trend.

“It reinforces our concerns that housing pressures are resulting in development that will increase car-dependence,” he said.

In a consultation prior to the bid the B4044 community path, and improvements to a National Cycle Network link, received 76% and 71% support respectively, higher than any other element of the consultation. Dualling the A40 received just 53% support.

Campaigner Ian Leggett, who has headed the campaign for the B4044 community path since its inception, told road.cc: “I’m absolutely furious. It’s completely predictable; we have been saying for years that this is the kind of thing that’s going to happen.

“It feels a bit like Grenfell Tower, thousands of people have signed petitions, have pleaded with the county council, they have been to public consultations and everything gets ignored until there is an accident and somebody gets killed.”

Leggett describes the road as narrow and winding, and although it has a 50mph speed limit in his experience drivers regularly exceed those speeds.

"None of that money is ever going into cycling infrastructure"

Leggett’s campaign believes the path could be built for £5m; Cllr Bartington says it’s closer to £15m. In 2012 Bike Safe commissioned a Sustrans report that estimated the cost to build the route at just £800,000.

Leggett said the campaign has “fantastic local support”, and his campaign group, Bike Safe, raised more than £100,000 for a business case report “to convince OCC to back the path, to pay for topographical surveys, environmental impact studies and to produce detailed technical drawings”.

Leggett says he has had five meetings with OCC since March, after promises of finding other ways of funding the route, but he cancelled the sixth meeting as he felt too little progress was being made.

Oxfordshire County Council told local press this week they are still looking to fund the route.