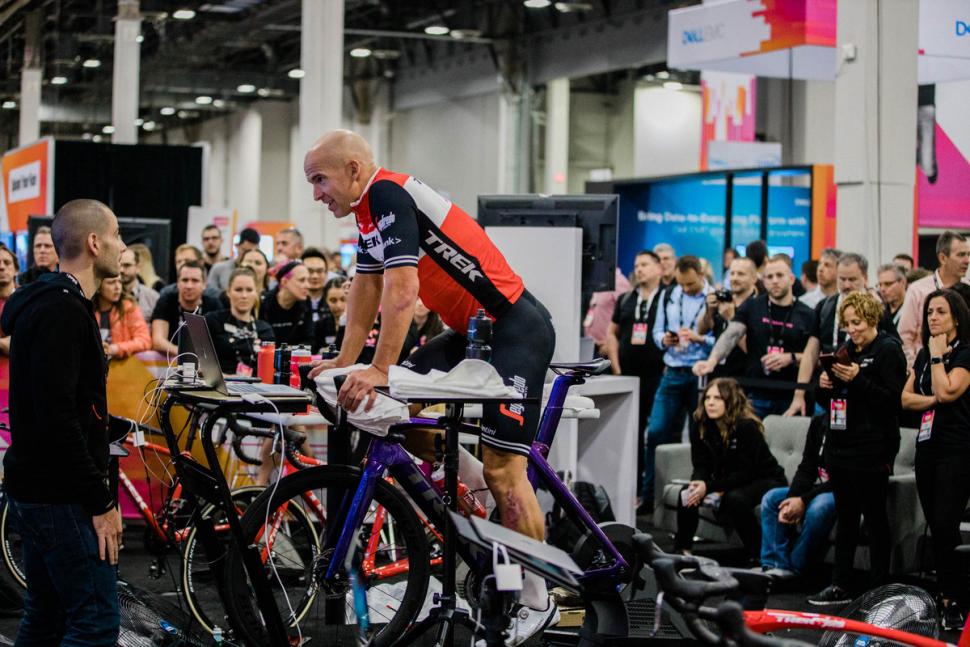 A Canadian cyclist is claiming two world records after riding 952.6 km on the virtual cycling platform Zwift in 24 hours.

Ed Veal undertook the effort last month at the Splunk .conf19 conference in Las Vegas, with the software company pointing out that the distance covered is more than that from its San Francisco HQ to the venue in Nevada.

The 43-year-old, who in the past has secured top 20 finishes in the Canadian national time trial championship, is awaiting confirmation from Zwift that his distance covered is the most set on the platform within 24 hours.

He has also applied to Guinness World Records for ratification of his ride as the ‘Greatest virtual distance on a static cycle in 24 hours’.

The distance he rode, as well as the 911 kilometres collectively pedalled by conference attendees, also triggered a $30,000 donation from Splunk to US national cycle advocacy organisation, People For Bikes.

Several days after his ride – which you can find on Strava here and was supported by Trek, hence the Trek-Segafredo kit – he spoke to Splunk about it.

“The strategy was entirely based on things we could control vs. things we couldn’t control and how best to be prepared for those surprises along the way,” Veal explained.

“The biggest thing I could control was pacing. If you noticed, during the ride my pace remained pretty steady between 220 to 230 watts to hit those checkpoint goals we had originally outlined.

“The second thing was really staying in the moment. A lot of people have asked what goes through my head on a ride like this and frankly, it’s a lot of knowing exactly where I’m at in that particular minute and what needs to happen in the next minute to keep me where I need to be.

“Lastly, fuelling my body, keeping up with my hydration and calorie intake was crucial.”

During his challenge, he had to contend with the lights at the venue going out for a couple of hours.

“No matter how much you prepare, there are definitely going to be some things you weren’t expecting. Like when we lost power for about two hours in the middle of the night.

“Sometime around 2am, the lights completely shut off in the demo hall for about 2 hours because they were on a timer system.

“We obviously kept going, but that was probably the hardest time period of the ride. It was great to have the team on-site who jumped on bikes to help me through, and of course, all the riders on Zwift who joined in to draft.

“That’s what really kept me going. I also made the mistake of wearing brand new pair of bike shorts. I will spare you the details, but I won’t be making that mistake again!”

He added that the ride was “a complete team effort. From the on-site staff that jumped on when I needed a boost to the Zwift members that came from all over the world, this would not have been accomplished without them.

“Zwift factors in the effects of “drafting” just as if we were outside on the road. So, when riders join me to draft, they are basically shielding me from the system generated resistance and keeping me at a set pace.

It can literally make the ride 30 per cent easier on my legs, which was crucial for this.” 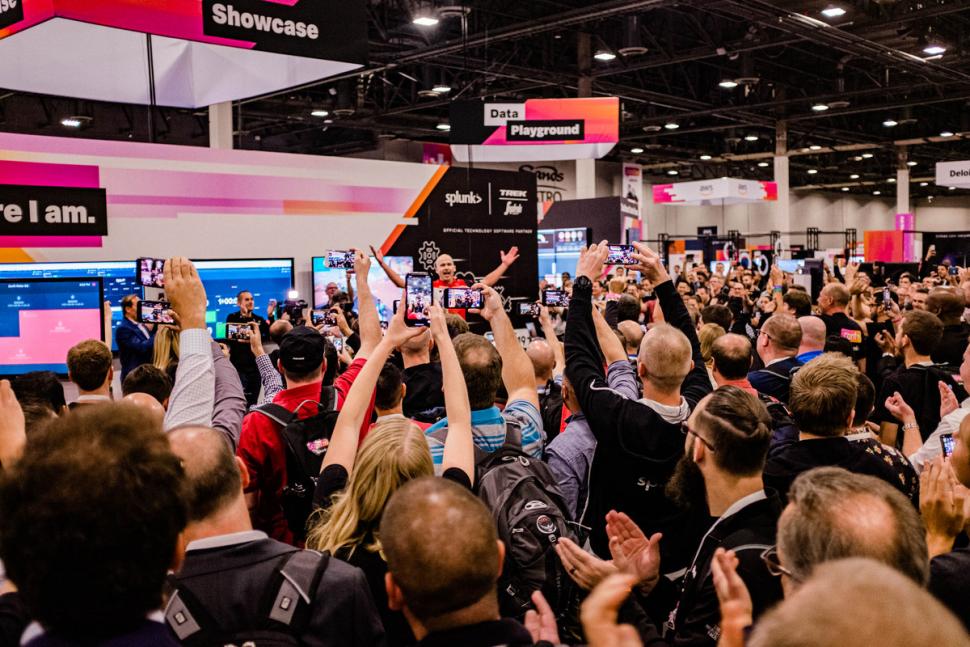 He said that finishing the ride was “Hands down one of the best moments of my life! I mean, of course, your body is exhausted at that point, but the adrenaline from accomplishing this goal, along with all the cheers and support from the crowd ... I felt great.

“In fact, you’ll notice in my biometric data that my heart rate shoots straight up right at the end. I was so pumped!”

And as for recovery food? “I went straight to my room where I devoured a rather large pizza,” he said.