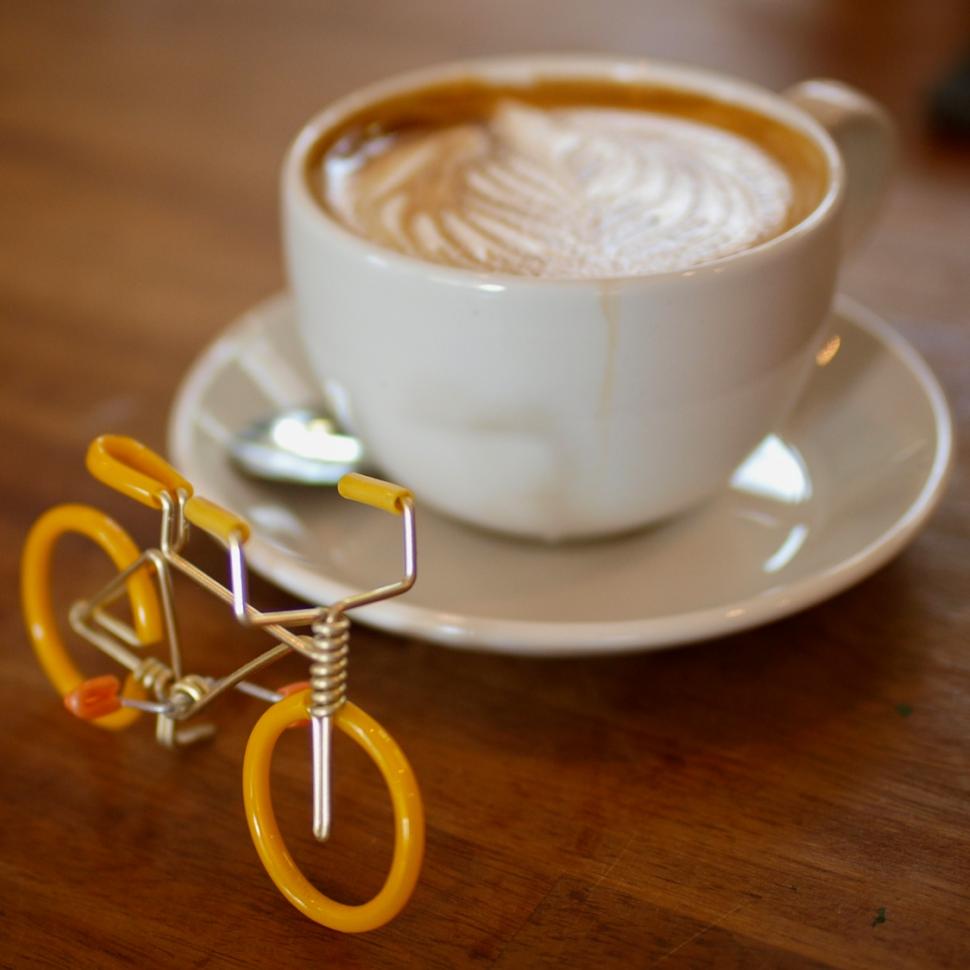 Study: Coffee improves cycling performance – in both men and women

A new study has found that drinking coffee improves cycling performance over a 5-kilometre time trial – with similar results observed in both male and female riders.

Led by Neil Clarke of Coventry University’s Faculty of Health and Life Sciences, the study has been published as an open access article by the journal Nutrients.

It noted that “caffeine is a well-established ergogenic aid, although research to date has predominantly focused on anhydrous caffeine, and in men.”

A total of 19 subjects participated in the study – 19 men and 19 women – and undertook a 5-kilometre time trial after drinking coffee, a placebo, or were in a control group.

The study said that “men and women both improving by approximately 9 seconds and 6 seconds following coffee ingestion compared with placebo and control, respectively.”

Participants were required to abstain from consuming caffeine and alcohol and avoid strenuous activity for at least 12 hours before undertaking the time trial, prior to which those participating in the coffee trial were given Nescafé Original coffee dissolved in 300ml of hot water.

After being given 10 minutes to finish the drink, they then had an hour of rest before the time trial, which was undertaken on a Wattbike.

The placebo trial substituted coffee flavouring and colouring for the Nescafé Original coffee, while the control group did not ingest any solutions.

Following the hour’s rest period, participants undertook a 10-minute warm-up then had 60 seconds of rest before the time trial itself in which they were “instructed to sit passively before a standardised countdown to initiate the time trial.”

According to the study, “The participants then performed a 5 km cycling time trial where they were instructed to complete the distance as fast as possible.

“During each time trial, participants had access to the distance remaining, and with the exception of verbal encouragement, no other information was provided.

“The gearing was self-selected by the participants on the Wattbike during the familiarisation trial and then replicated during each time trial.”

In their conclusion the researchers said: “Ingesting coffee providing 3 mg·kg-1 of caffeine increased salivary caffeine levels and improved 5 km cycling time trial performance in men and women by a similar magnitude, which suggests that recreationally active men and women respond similarly, and positively, to coffee ingestion prior to exercise.

“Furthermore, these results indicate that coffee ingestion may be a practical source of caffeine prior to a 5 km cycling time trial for men and women.”

Past studies have also underlined the potential performance-enhancing benefits of caffeine and until 2004 it was banned above a limit of 12 microgram/ml in urine, equivalent to around eight cups of espresso.