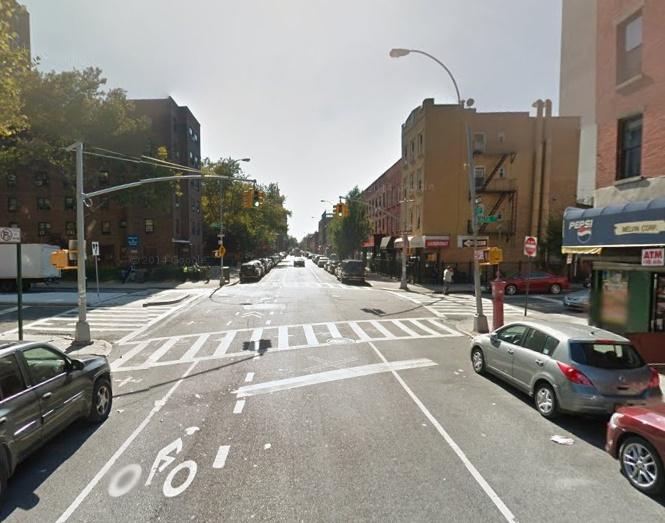 Cyclists in New York are to benefit from ‘green wave’ traffic light phasing that will give them priority over motor vehicles. Cyclists who travel at 10-15mph on streets where the speed limit is 25mph will catch a wave of green lights, while drivers (and cyclists) who go faster than 15mph will hit red lights.

Similar schemes are already in operation in a number of cities. The world’s first was in Odense, Denmark. Others have followed in Amsterdam, Rotterdam and Dublin.

A green wave scheme in Rotterdam incorporates pavement lights that indicate the speed the cyclist needs to maintain to avoid being held up.

“As we are working to grow cycling in New York City, we want to make it safer and we also want to make it an enjoyable ride,” New York’s transportation commissioner, Polly Trottenberg, told the New York Times.

Traffic experts say that as well as handing cyclists the gift of delightfully untroubled progress, calibrating green to a speed of 10-15mph delivers slower and steadier traffic flow and also reduces conflict at junctions.

New York’s green wave has been introduced on a half-mile stretch of Hoyt and Bond Streets in Brooklyn, a borough in which 16 of the city’s 25 bicycling fatalities this year have occurred.

These two roads are popular with cyclists, with as many as 594 an hour passing along – they often outnumber drivers.

“I just thought I got lucky, but it’s nice they’re doing it on purpose,” said local cyclist Anthony Scelza after riding down the road.

“It seemed like I stopped at every light,” said motorist Daniel Ortiz. “It’s horrible. It slows you down. Every light you’ve got to keep stopping.”

Underlining his suitability as a motorist vox pop, Ortiz said the change wouldn’t stop cyclists jumping red lights. “It doesn’t matter if they have the light or not. It’s dangerous for everyone.”

He’s presumably delighted that they’ll have fewer opportunities then.