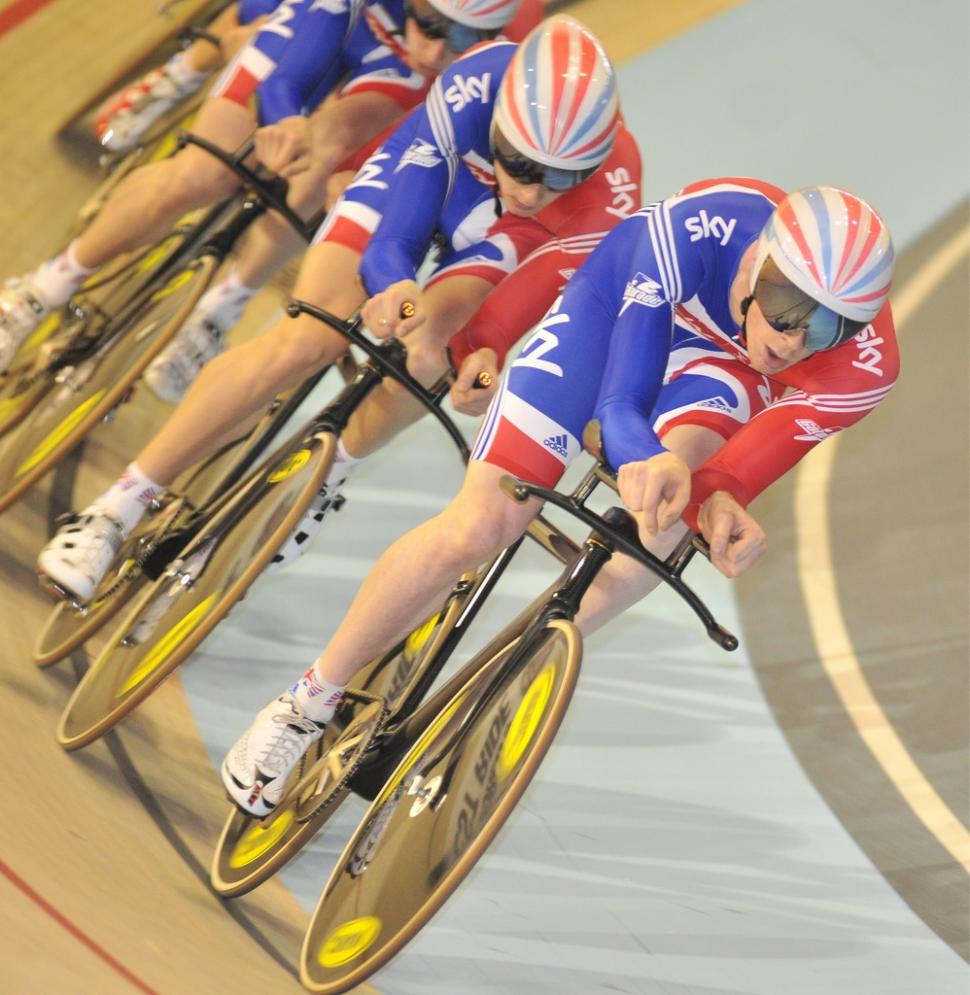 Meanwhile, Chris Hoy turns to Olympic legends for advice on dealing with home expectations
by Simon_MacMichael

UCI President Pat McQuaid has rejected complaints by some of Britain’s top track cyclists that the timing of the European Championships which start tomorrow in Pruszkow, Poland, and which count towards qualification for London 2012, denied them the opportunity to compete in last month’s Commonwealth Games in Delhi.

This year marks the first time that the European Track Championships have been open to non-Under 23s, and with London 2012 less than two years away, Beijing gold medal winners Sir Chris Hoy and Victoria Pendleton were among the stars forced to give the Commonwealth Games a miss as they begin their campaigns to defend their titles.

In July, when he revealed that he wouldn’t be competing in Delhi, Hoy said: "It's a decision that's been forced on me by the nature of the qualification process for the London Olympics."

The Scot wasn’t alone in withdrawing from the Commonwealth Games, and only four cyclists, all focused on endurance events, are set to ride this weekend having competed in India – Alex Dowsett, Luke Rowe, Katie Colcough and Wendy Houvenaghel.

McQuaid, however, disagreed that having to peak twice for major competitions just weeks apart put an unfair burden on cyclists and particularly those focused on the sprint events.

"I do not necessarily agree with some of the statements that have been made by some athletes that they cannot compete at certain events because of the European Championships," the UCI President told national sports press agency Sportsbeat, as reported on the Eurosport website.

"I believe that if an athlete cannot compete six, seven maybe ten times a year then they should not call themselves a top class athlete.

"And so I think some of the statements made was a little bit of playing to the galleries."

This weekend's European Championships are based around the ten-event – five for each gender – London 2012 Olympic programme plus one additional race, the men’s Madison.

Those five events that will feature in the revamped Olympic schedule are the individual sprint, team sprint, keirin and team pursuit plus an omnium, although the changes of course attracted controversy when they were announced last year.

The dropping of the individual pursuit, denying Bradley Wiggins and Rebecca Romero the chance to defend their Olympic titles on home soil, attracted particular criticism, but McQuaid insists it was the correct decision.

"We felt that if we wanted to develop the sport around the world then we had to have equality between the men's and the women's events," he said. “And we were told by the International Olympic Committee that we needed more equality in the sport.

"We felt that track cycling has traditionally and historically been sprint cycling. There are plenty of spectators who want to see the sprint events on the track so we made that decision."

In another change that has drawn flak from home riders, each country – Great Britain included – will only be allowed to field one rider in each of the individual events at the velodrome in London.

Four of Team GB’s silver and bronze medals at Beijing came in an event where another British cyclist took gold, but the new measure introduced by the UCI will restrict medal-winning opportunities.

Another change to Olympic track cycling recently implemented by the UCI sees only one rider per nation permitted to compete in each event - and it's another decision that has not gone down well in the British ranks.

Victoria Pendleton is one of the cyclists to have criticised that decision, saying: "Imagine the scenario [in athletics] - 'Asafa Powell you can stay at home because Usain [Bolt]'s going'.

"'You were the fastest man in the world, but it's not for you this time'. What rubbish. It devalues the event."

However, McQuaid believes that the move will make the events fairer for all countries, maintaining: “The decision to bring in the one rider per nation was done for reasons of introducing the sport to more nations.

"But having more than one rider from a country in an event might lead to some collusion between athletes and so that was something that we also considered because we wanted to get rid of that."

Meanwhile, it has emerged that Hoy is consulting former Olympic athletes such as the Australian 400 metres runner, Cathy Freeman, on how to cope with the burden of expectation that will be placed on his shoulders in 2012.

The Scot currently has four gold medals to his name, but with three potential medal chances in London he is tipped to leapfrog Sir Steve Redgrave, winner of five titles in successive Olympics between 1984 and 2000, to become Britain’s most successful ever Olympian.

All eyes were on Freeman as she lit the Olympic flame to get the 2000 Olympics under way in Sydney, and the runner went on to clinch the 400 metres title.

"You could never get anything more pressured than that," said Hoy, who at the time was competing in his first Olympics.

"I remember watching that from the village, watching the opening ceremony and just seeing her standing there thinking 'My God, she's got a hell of a task ahead of her' and she did it,” he told Press Association sport, his words reported in the Sydney Morning Herald.

"It was quite an incredible performance," he added.

Other athletes Hoy has spoken too include Michael Johnson, who won gold in the 200 and 400 metres before a home crowd in Atlanta in 1996, as well as compatriots Redgrave and Seb Coe, the latter now in charge of organising the London Games.

In Atlanta, Johnson chose not to stay in the athletes’ village, isolating himself from the Olympic atmosphere ahead of his events.

"His strategy was for keeping his routine as similar to normal and keeping everything familiar," explained Hoy.

"Right now I wouldn't say there's any pressure. If anything there's excitement and anticipation," he continued. "You have to be very clear about how you're going to deal with it.

"We'll hopefully be prepared for the mayhem that is an Olympic Games in your home nation."

Turning to this weekend’s European Championships, where he is competing in the individual and team sprints, Hoy said: "As a stand alone event it's not all that important. What is important is it's the first step of the process of qualification for London."