Lord Winston wants cyclists … to raise money for his charity; Parkun runner pushes cyclist off bike on towpath; W Sussex cycle path perfect prep for ‘cross season but not much else; Boardman: advisory cycle lanes “money down the drain” + more on live blog 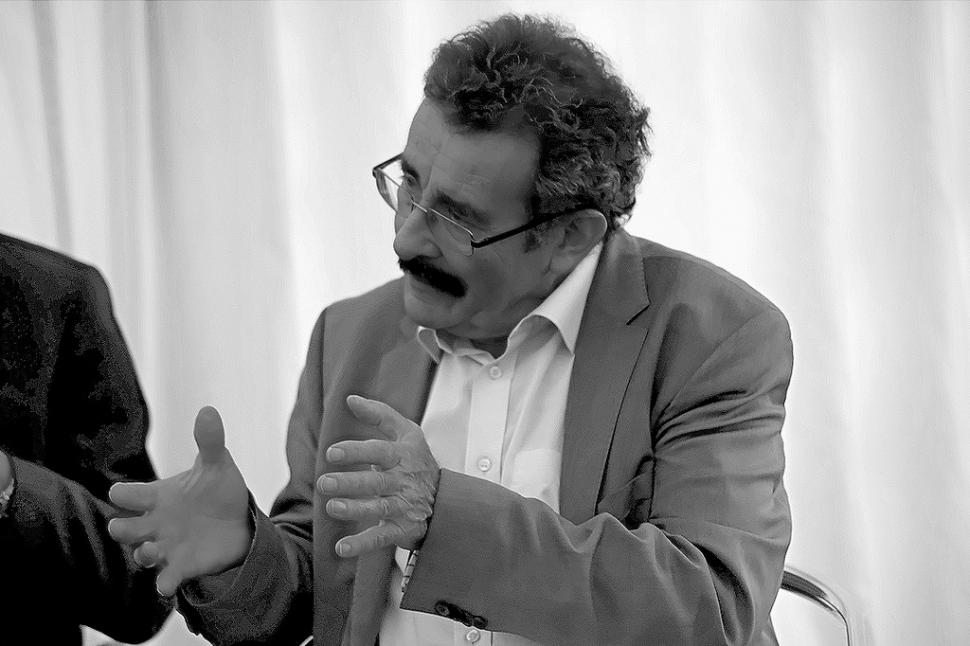 07 October 2019, 18:03
Another train operator that's making it impossible for many cyclists to take bikes on board ...

Cross-Country joins GWR and LNER in providing vertical bike storage that many find impossible to use, if their bikes fit in the first place ...

Not physically able to use the appallingly bad cycle storage hanging rails on our trains? Screw you, basically. This is pathetic https://t.co/BJ6mC6a0lE

It seems that despite a number of utterances in the House of Lords that may give the opposite impression, Labour peer Lord Winston isn’t that averse to cyclists after all – provided, that is, you do it in the south of Spain, not London, and raise upwards of a couple of grand for a charity he founded in the process.

The charity, the Genesis Research Trust, is now recruiting riders for next year’s Cycle Andalucia, which takes place from 13-17 May with three days in the saddle and is said to be “open to all.”

Accompanying a picture of Lord Winston on the sign-up page is the following endorsement:

You could be part of the incredible #TeamGenesis and cycle from Cabra to Seville. By signing up for this challenge you will be helping us fund world class research which saves the lives of women and babies. Miscarriage, stillbirth and premature birth are just three of the areas of research we fund, everyone will know someone affected by these three tragedies. Genesis Research Trust with your help can prevent these tragedies from happening… but we need you to pedal for our researchers!

A worthy cause, we can all agree, but it’s a shame that Lord Winston doesn’t seem to understand the benefits of getting more people cycling on his own doorstep.

In addition to a registration fee of £199, there is a fundraising target of £2,350 or £2,450, the former applying for those who arrange their own travel, and participants are told: “You must make it clear to your donors that their donations are helping towards the cost of the event.”

Finland is offering cycling lessons to immigrants with the aim of helping them get mobile and better integrate into life in the Nordic nation.

The lessons in Helsinki, mainly funded by the state lottery, are run by the Finnish Cyclists’ Federation, which has so far taught riding skills to more than 300 people, many of them women recently arrived from Africa or the Middle East, reports Asian Age.

The federation’s Federico Ferrara said: "Many people who come to Finland, mostly women, they don't have this bicycle skill and it's a very important part of Finnish society.

"Many of our clients have some kind of taboo with these biking skills, maybe they've fallen down when they were kids and they have this trauma in their head for 20 years, or maybe it's not socially or culturally accepted for them to bike.

"If they are in a refugee centre, many times they are in the middle of nowhere and the bike can be the only way of commuting," he added. 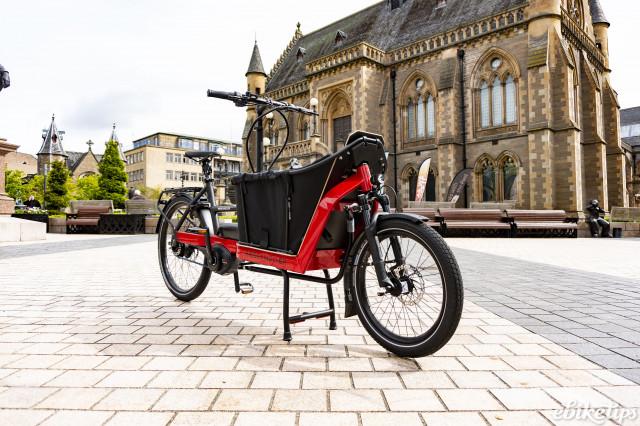 Under the scheme ran by the Energy Saving Trust and funded by the DfT, businesses will be able to apply for a grant of up to 20% off an e-cargo bike purchase, with the max discount set at £1,000 per bike. Full story over on eBikeTips.

We're sad to report that @EdoLM has sustained severe injuries after a crash at #PiccoloLombardiayesterday.

The Team Sunweb family send their thoughts, prayers and strength to Edo and his loved ones at this incredibly difficult time.

19-year-old Maas crashed with a car while descending the Madonna del Ghisallo and was immediately transported to hospital in Milan with severe injuries, said his team in a statement. He's currently sedated but his injuries are not considered life-threatening, and has sustained fractures to his neck, back and face. Further investigations are ongoing to determine the full extent of his injuries. 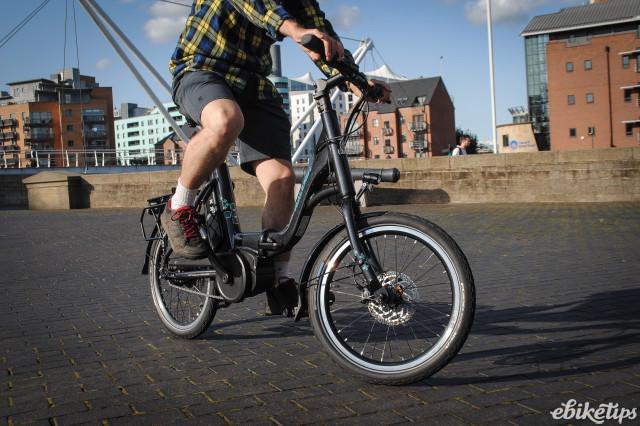 This BBC article details the positive impact e-bikes have had on numerous cyclists, and dispels the myth that they are 'cheating'.

Luckily for you we've already gone into detail as to why e-bikes aren't cheating in this feature over on our sister site eBikeTips, where you'll find all the e-bike news, reviews and info you could possibly need!

Kingston Parkrun says that a participant who pushed a cyclist off her bike on a towpath alongside the River Thames at the weekend will no be welcome at future events..

Founded in southwest London in 2004, the 5-kilometre timed events are now held on Saturday mornings in around two dozen countries worldwide, with more than 600 locations in the UK alone.

In a post on its Facebook page on Saturday, Kingston Parkrun said that “the runner who chose to push a cyclist off her bike today is not welcome” at the event.

In a reply on the thread, the cyclist said: “Thanks for your concern, I am ok, but at the time was really upset and in shock that this happened. I might have been shoved but it certainly felt like I was punched in the arm and with enough force to stop me cycling. It was painful and I was in tears. No one stopped to check I was ok and the person who hit me certainly didn't even though I shouted after them. Thank you to the race director for taking time to listen to me and to follow this up. I regularly use the towpath and usually avoid using it on Saturday mornings but forgot today and by the time I'd met the runners couldn't change to a different route. But this shouldn't have resulted in someone physically assaulting me.

In reply, Kingston Parkrun said: “I am so sorry that this happened to you. It is not acceptable for any runner to assault anyone and doing it during parkrun is against the ethos of parkrun. I hope someone can step forward and identify who it was.”

The perpetrator does not appear to have been identified as yet but another post on the thread highlighted a similar issue elsewhere on the river (although not on a Parkrun event): “It's sad to hear but as a cyclist who has also been shoved into brambles on the tow path by a runner (Walton part and another event not Parkrun) it is far more common than just this.

"There are more and more running events along the river path and it really does become too much on the weekends. Parkrun isn't the problem at all. Maybe the path needs to be closed off for some of the other events that aren't as well stewarded," the poster added.

This is a brand-new path that’s been built alongside the A264, a 70mph road carrying 35,000 vehicles a day.
Because of West Sussex’s idiotic policies, it has... a mud and gravel surface pic.twitter.com/nA35PFIEfs

This is the 'solution' for cyclists that has just been installed next to a busy stretch of the A264 in West Sussex, as filmed here by GB Cycling Embassy chairman Mark Treasure. Looks like your next bike really should be a gravel bike... 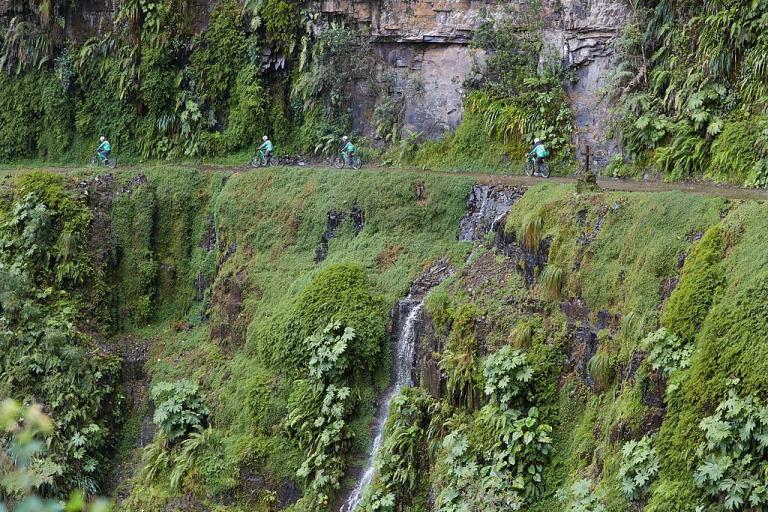 A 70-year-old woman who took up cycling after her son passed away suddenly has become the oldest cyclist to take part in a 60-kilometre race held on Bolivia’s notorious ‘Death Road’, reports the Guardian.

Skyrace follows the route in the Andes of the Yungas Highway, which once claimed between 200 and 300 lives a year.

The toll has dropped since it was replaced by a new, paved highway, but around 30 firms still offer backpackers the opportunity to ride the route on mountain bikes, and the dangers remain very real – earlier this year, a New Zealander participating on one such trip plunged 100 metres to his death.

Mirtha Munoz this week became the oldest competitor ever at Skyrace, which has an altitude gain of 3,300 metres, after she was advised to take up cycling by a therapist after her son died.

“He told me ... the bike could help me get through my pain, and to rebuild,” she explained.

“It’s a vertical climb, you go up and up and there’s no rest,” she said afterwards.

I have a degree in engineering and I've won a time trial in a grand tour, but getting my infant daughter's arms through her onesie sleeves is the hardest thing I've ever done.

Protestors from #ExtinctionRebellion fully in control of Westminster Bridge. Police managed to stop them building a stage but not much more. pic.twitter.com/KWAyC8wKS0

Despite reports of heavy-handedness from Police, protestors have managed to shut down many major London routes to motor traffic and have even erected a stage on Northumberland Place.

Extinction Rebellion started to block Lambeth Bridge just as I cycled over it. Police response more gung ho than I’ve seen before, but they were massively outnumbered, and bridge is now blocked. pic.twitter.com/QY0vZFMFfq 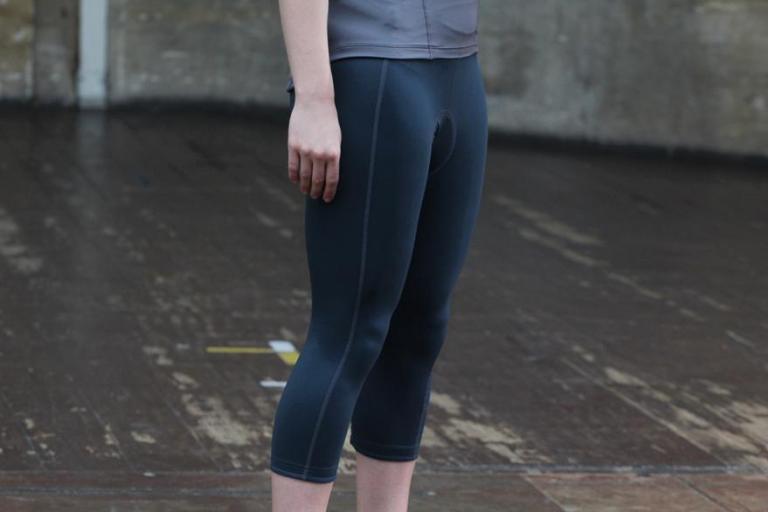 Do you wear 3/4 length bib shorts?

We're interested to know if you go for 3/4 length bib shorts at this time of year, or do you stick to shorts or going to full-length tights?

Do you wear 3/4 length bib shorts at this time of year?

Proven to actively make cyclists LESS safe, their only purpose is to look as if you’ve done something helpful without disturbing anyone driving as the imperative.

Dashed white line cycle lanes are possibly THE best ways ever invented for a council to pour money down the drain. https://t.co/x3DI6a4XGU

It appears dashed white lines acting as cycle lanes certainly aren't in Chris Boardman's vision dreams of passion. Manchester's Walking and Cycling Commissioner says they are "proven to actively make cyclists less safe and "possibly the best ways ever invented for a council to pour money down the drain."

Boardman is currently overseeing a transformation of cycling and walking infrastructure in Greater Manchester, with a planned 1,800 miles of segregated cycling and walking routes that are protected from motor traffic - is he right about the ineffectiveness of paint to denote a cycle lane? It certainly seems it's not doing much in video above...

07 October 2019, 07:56
Trentin pulls no punches in damning the UCI's attitude towards rider's safety

But the most important things are :
-socks lengt
-dsq someone for something that always happend
-no feed from the cars in the 30 km and last 20 of a race
-no race radios in the worlds
- no cutting our 45x45cm numbers
-be on time on team pres that are always late#showmustgoon

Trentin, runner-up in the men’s elite road race at the UCI Road World Championships last weekend, has been calling for safer crash barriers at pro bike races after his Deceuninck-Quick Step team mate Alvaro Hodeg sustained multiple fractures in a crash at the Eurometropole one-day race in Belgium on Friday.

This tweet sums up where Trentin thinks the UCI's priorities lie... 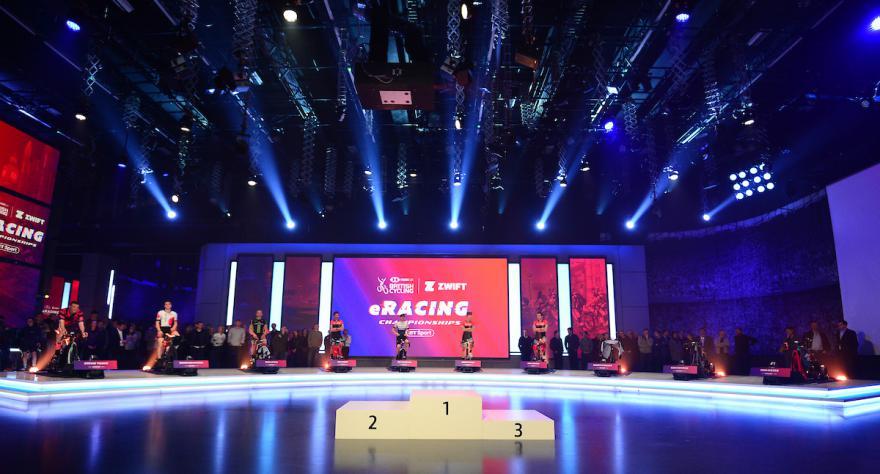