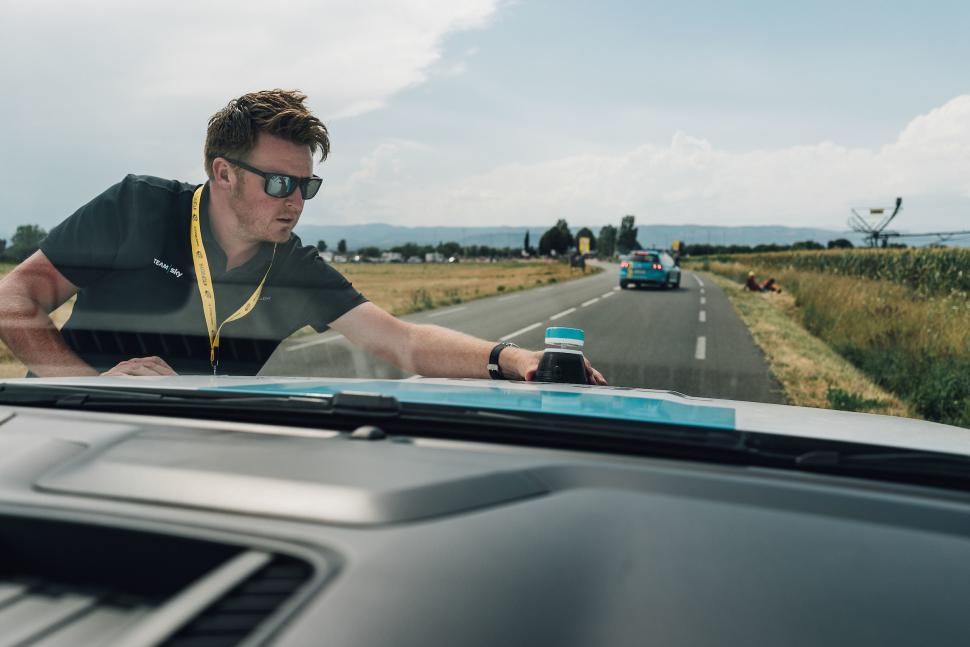 Former British Cycling and Team Sky coach Rod Ellingworth has officially taken up his role as team principal at Bahrain-Merida – and is targeting Grand Tour success with the help of McLaren, which owns 50 per cent of the UCI WorldTour team.

Wout Poels, who has played a key role in six Grand Tour victories at Team Sky, now Team Ineos, and Mikel Landa, whose climbing talents have typically been used in the service of others at Astana, Team Sky and, most recently Movistar, join the team.

Mark Cavendish, whom Ellingworth knows better than most – he recruited him to British Cycling’s Olympic Academy when he set it up in Quarrata, Italy – is expected to be confirmed as signing for the team in the coming days.

Since it was revealed in April that Ellingworth was leaving Team Sky, the 47-year-old has been on gardening leave but as well as spending time with his wife and three children, he has also been spending time at McLaren’s performance centre in Woking, Surrey.

Speaking to Telegraph Sport’s Tom Cary, he said: “I’ve been down in Woking most weeks actually. But I wanted that time. I wanted to spend it with my family, I wanted to step back and really think about what we are trying to achieve here, and then come in and try to bring a lot of energy.”

He said that Duncan Bradley of McLaren Applied Technologies [MAT], who will be taking on a full-time role with the team as technical director, was “very much one of the reasons I wanted to get involved.

“If you want an innovation hub then McLaren Applied Technologies is one of the best in the world. And Duncan is MAT. Ron [Dennis] brought him in. I see Duncan as absolutely critical to our potential success. He’s a massive asset for us. Not just on the aero side but in terms of getting from A to B as fast as you can. Every element.”

Asked how the team might harness McLaren’s expertise, he said: “I think we need to be clever. It would be easy to scattergun, to say, ‘Oh let’s build a new carbon-fibre composite component’ or, ‘Let’s use McLaren’s wind tunnel’.

“But it’s about where we can make the biggest difference. I think we use McLaren for the really top-end stuff. Take our time and make sure there are clear goals and outcomes. But it’s exciting. The McLaren brand is special, it’s iconic.”

As for his ambitions for the team, Ellingworth admitted that he had “no problem in saying that I want this team to become a grand tour-winning team. And yes, that means a Tour de France-winning team.”

He said that in the short term, Landa was more likely to be a Grand Tour contender than Poels.

“Wout, for now I think, one-week stage races are really what he will target, at least initially,” he explained.

“Mikel? He’s clearly one of the most gifted climbers in the world. So natural when he’s up on his pedals. I’m looking forward to working with him again.

“I know he had a bit of a reputation at Sky but I never found him a pain in the arse. I feel when speaking with him that’s he’s asking more questions, he’s more proactive.

“He’s starting to get to grips with what it takes to be a leader. And I think he’s bloody dangerous in the third week if the course is right for him. We’re going to find out.”

Ellingworth said that he “agonised over” over making the switch, having been a founding member of Team Sky’s management when it was set up ahead of the 2010 season.

“I debated long and hard with friends,” he confessed. I even went to see [psychiatrist] Steve Peters at one point. But in the end, you know, it just felt like the right time … Sky were going in a completely different direction with Ineos coming in.”

Describing his former colleagues including Sir Dave Brailsford, whom he worked alongside for 18 years including their time at British Cycling, as “like family,” he added, “I wasn’t pissed off. It was fine.

“It was just starting to feel a little bit Groundhog Day. I wasn’t as motivated by the new challenge as I should have been. I needed something new.”