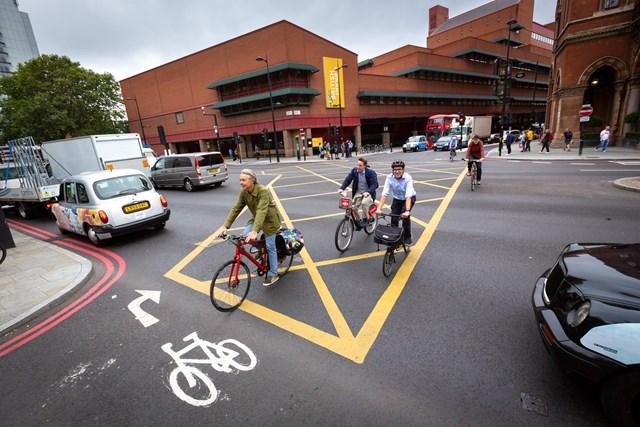 A northwards extension of London’s Cycleway 6 has been officially opened today, with more routes due to follow over the next month, says Transport for London (TfL).

The extension launched today connects Kentish Town with King’s Cross and then links with the existing route originally known as the North-South Cycle Superhighway, whish heads south to Elephant & Castle.

Together with improvements made to pedestrian crossings, the route also improves safety for vulnerable road users at the junctions of Judd Street and Midland Road with the busy Euston Road.

The three other Cycleways nearing completion are:

C20 between Enfield Town and Palmers Green – This new route will add 10km of protected space to London’s cycling network and is an important link in the TfL funded Cycle Enfield programme, which is transforming local streets for walking and cycling 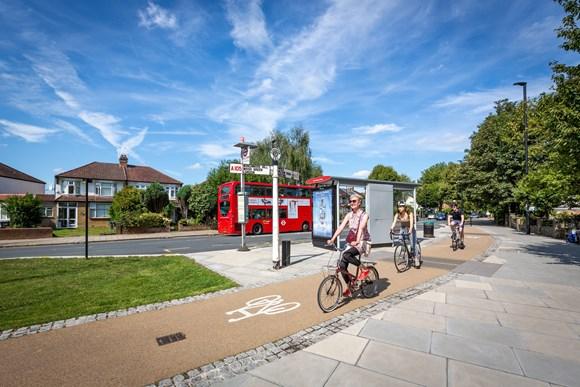 C17 between Elephant & Castle and Burgess Park – A 2km route in the London Borough of Southwark, which connects neighbourhoods in SE17 to the Cycleway network. This route connects to Cycleway 6 via Quietway 1 in the borough, opening up a huge number of potential journeys for people in the area by bike 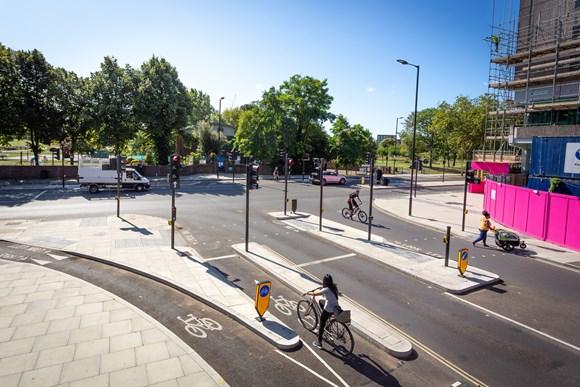 C23 between Lea Bridge and Whipps Cross – A new route in the London Borough of Waltham Forest which adds 8km of protected space to the network, including a complete overhaul of the intimidating Whipps Cross roundabout. The new route is part of the transformative Enjoy Waltham Forest programme, which has been shown to increase children’s life expectancy through improved local air quality 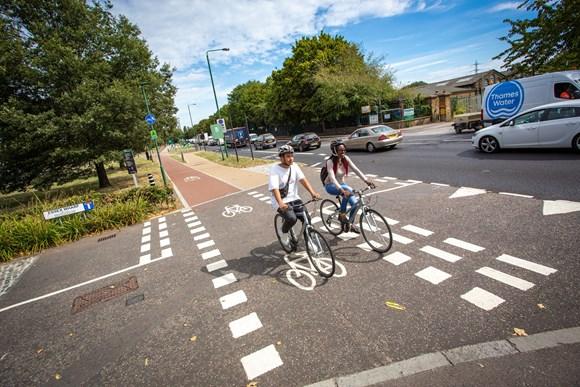 London’s Walking and Cycling Commissioner, commented: “These four new high-quality Cycleways will make it easier and safer to cycle – enabling many more Londoners to cycle across our city.

“Our new Cycleways branding will help people to navigate our network of routes confidently for everyday journeys, helping clean up our toxic air.”

Julie Lewington, TfL’s Head of Projects and Programmes, said: “Getting more people to walk and cycle is vital for London’s future success as its population continues to grow.

“We’re determined to make sure that all Londoners have access to safe Cycleways that enable them to make the switch to cycling for everyday journeys.

“We’ll continue to work closely with boroughs right across the capital to create high-quality routes which work for people who live in, work in and visit London.”

Under the Mayor’s Cycling Action Plan, published in December, TfL aims to double the number of cycle journeys in the capital over the next six years, and says that building a high-quality network of cycle routes across the city is a key means of achieving that.