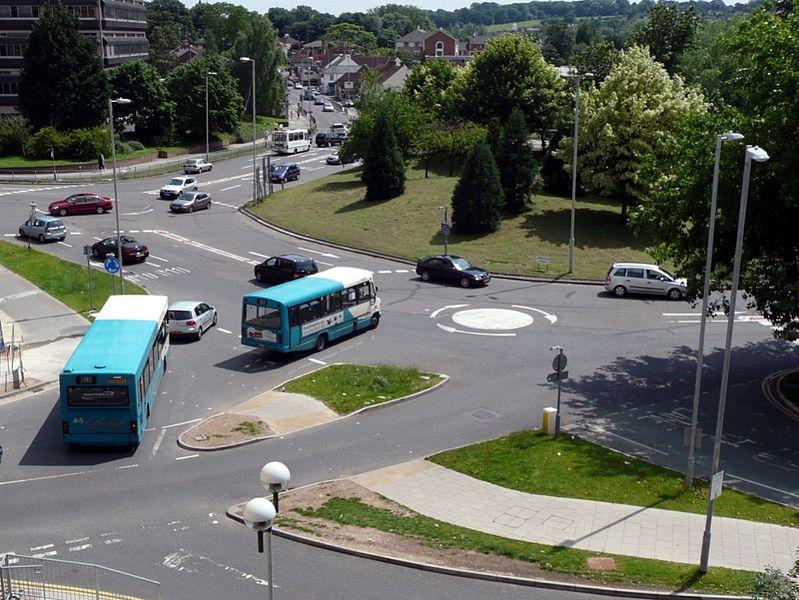 Dacorum does its bit for decorum ... we can't complain about some of this, but riding a bike?...
by Simon_MacMichael

Hemel Hempstead, the Hertfordshire town hitherto perhaps best known for the UK’s most confusing roundabout now has a new claim to fame – but a recently introduced Public Spaces Protection Order (PSPO) there is also attracting attention, given that besides banning defecating or urinating in the street, it also bans cycling, among other things.

PSPOs, likened by the charity Cycling UK to “effectively an ASBO for everyone who cycles” in the parts of town and city centres where they are enforced, have been introduced in a number of places in England, with Bedford, Mansfield and Peterborough among the local authorities to use them to ban cycling in specific areas.

And now, in Hemel Hempstead, if you piss, shit or spit in public, it seems your behaviour is viewed by the council as being as reprehensible as that of people who ride bicycles or skateboards.

Solicitor and former judge Kerry Underwood flagged up the PSPO on Twitter today. The replies are well worth a read.

Here’s what Dacorum Borough Council says about the PSPO on its website:

Cycling and skateboarding in an area of Hemel Hempstead town centre will carry a £75 fine under the PSPO, which also bans spitting (including discharge of chewing gum), urinating or defecating in a public place.

The other PSPO promotes responsible dog ownership across the borough. This order covers five areas, including failure to pick up after your dog, failure to carry a dog poo bag and failure to keep your dog out of play areas.

Dog owners will be required to keep their dogs three metres away from unfenced play areas in the borough, including the one in Gadebridge Park.

Dog owners will be required to keep their dogs three metres away from unfenced play areas in the borough, including the one in Gadebridge Park.

When the PSPO was introduced, Councillor llr Julie Banks, Portfolio Holder for Community and Regulatory Services, said: “Both PSPOs are vitally important to ensure residents can enjoy their community and promote responsible dog ownership. We don't want to stop people enjoying themselves but we do want to tackle the behaviour of the minority whose behaviour has a detrimental impact on the lives of others.”