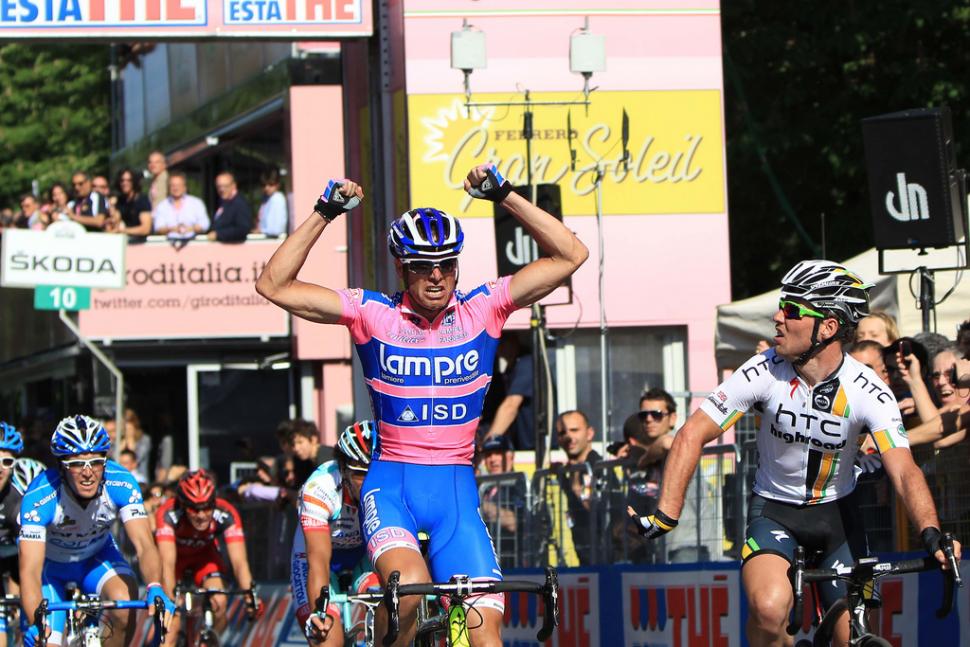 Italian sprinter Alessandro Petacchi, who won Milan-Sanremo and the points jersey in all three Grand Tours, has been handed a two-year ban for blood doping. The retired Italian sprinter becomes the highest profile rider sanctioned as a result of the Austro-German blood doping investigation, Operation Aderlass.

Petacchi won six stages at the Tour de France, 22 at the Giro d’Italia and 20 at the Vuelta a Espana. He previously served a nine-month ban after testing positive for salbutamol in 2007.

In May, we reported that Petacchi was being investigated for alleged doping in 2012 and 2013, during a period when he rode for Lampre.

French and Italian newspapers linked him to Mark Schmidt, the former Gerolsteiner and Milram team doctor at the centre of Operation Aderlass, which first hit the headlines after arrests were made at February’s Nordic Skiing World Championships.

In June, that investigation led to Austrian cyclists Stefan Denifl and Georg Preidler being banned for four years by the Austrian anti-doping agency.

Petacchi initially denied having undergone illegal blood transfusions, but the UCI has now officially sanctioned him. The governing body said the Italian had accepted "the consequences" and would serve a two-year ban as well as being stripped of three stage victories in the 2012 Tour of Bavaria.

Petacchi’s ban takes effect from May 14, the date the investigation was opened against him, Slovenian Borut Bozic (retired) and Slovenia's Kristijan Koren and Croatian Kristijan Durasek – both of whom are still active but provisionally suspended.