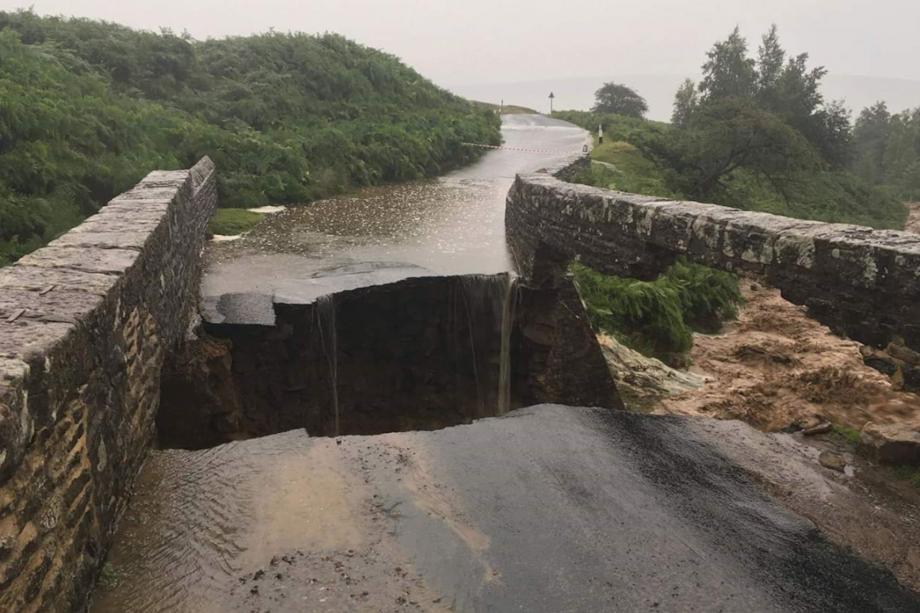 Wind turbine tubes are being used to replace a bridge on the route of the World Championships elite men’s road race after the original structure was swept away in last month’s floods.

North Yorkshire County Council plans to permanently rebuild the stone bridge across Cogden Beck, near Grinton Moor, but its engineers were working on finding a temporary solution to provide a link to local communities.

The fact that the race is only six weeks away now added to the urgency of the situation.

Thirsk-based Cleveland Steel & Tubes approached the council with its proposal for a solution plug the gap in the road between Grinton and Leyburn, reports The Construction Index.

As a result, two huge steel tubes, each 2.25 metres in diameter and 32 millimetres thick, have been lowered into the stream, and will help support the temporary bridge while allowing water to flow through.

The tubes had been made for a wind turbine project in Scotland that was subsequently cancelled.

The company’s managing director, Roy Fishwick, said: "We were delighted when the council accepted our proposal to deploy steel tubes to repair the bridges.”

North Yorkshire County Council’s executive member for highways, councillor Don Mackenzie, commented: “The damage caused by the unprecedented rainfall in parts of Swaledale has caused unimaginable upheaval to communities in the area.

“We know how vital these roads and bridges are to everyday life for those living in the affected areas, so we are delighted to report we have managed to make so much progress in such a short space of time,” he added.