All today's news from the site and beyond...
24 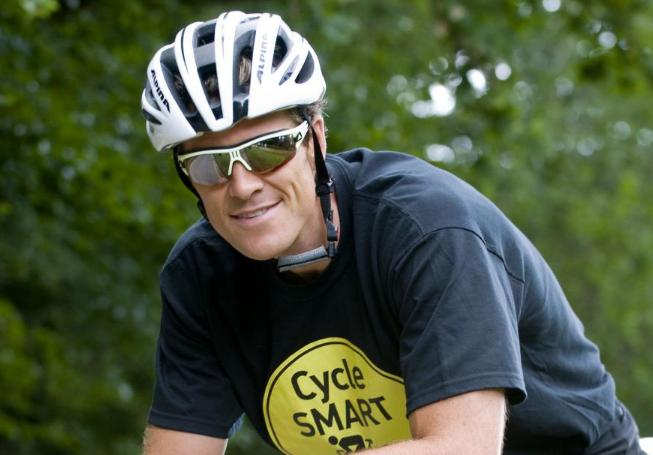 Team Dimension Data's fifth participation in the Tour de France last month wasn't their happiest - there was a very public row in the opening days of the race over Mark Cavendish's omission from the team, and the eight riders who did make the squad barely (to borrow a cricketing phrase) troubled the scorers.

Despite that, they've managed to put together a cracking video that stitches together one-minute segments on each of the 21 stages; it's well worth a watch.

Former Olympic champion rower James Cracknell, who earlier this year was back on the water to help Cambridge beat Oxford in the Boat Race, has been injured in a bike crash following what he described as an “altercation” with a minicab driver while cycling in London.

The 47-year-old, who has been signed up to the forthcoming BBC series Strictly Come Dancing, posted a video to Twitter in which he said: "I spent a year riding round Cambridge on a bike and it wasn't a good day for Jake the Snake, the bike that saw me through Cambridge, or me as my Strictly Come Dancing dreams nearly came to an end when I had an altercation with a minicab driver in London. It was nobody's fault really.

"Bit of a bust finger, some road rash on my back, but OK.”

Slight wobble - literally - in my @bbcstrictly preparations. Luckily only a bit of road rash and damaged ego - but I need to get ready for the latter. #daddancing #sharetheroad pic.twitter.com/eN9KgvNsjF

Cracknell, who suffered a brain injury in 2010 when he was struck by a lorry as he cycled through Arizona for a TV documentary, and has campaigned for cyclist to wear helmets since then, continued: "Good thing was there was no street furniture around for me to fall into, I was also wearing a helmet and I wasn't listening to music so I could concentrate and I was focused on what was ahead.

"And that's the important thing to remember (when) cycling, or riding a motorbike or driving around town; it's OK if you concentrate on what you are doing and are absolutely focused.

"I now have switched my focus (from) riding a bike, and in fact doing anything else, to learning how to dance and, to be honest I've got more chance of winning the Tour (de France) than Strictly Come Dancing, but in for a penny … " he added.

Hundreds of people yesterday attended the funeral of Bjorg Lambrecht, the Lotto-Soudal rider who died last week following a crash at the Tour de Pologne.

Family and friends of the 22-year-old were joined at the service at the  church of St. Willibrordus in Knesselare, near Bruges, by Lambrecht's team mates, as well as former Lotto-Soudal sprinter Andre Greipel.

With the church full, a big screen was erected in the town square, where many gathered to watch the service, reports The Brussels Times.

“But today, all my thoughts are with the family and relatives who have lost a son. We have lost several cyclists in Belgium recently. Fate was particularly cruel to Bjorg. If he had fallen a metre farther, he would still be with us.”

Today, the BinckBank Tour also paid its own tribute to him.

Race director Rob Discart and mayor @pieterdecrem
of @gemeenteAalter have stopped at the passage in Knesselare to hand over flowers to the members of the fan club of Bjorg Lambrecht in Knesselare, near the church where the funeral ceremony took place yesterday. #BinckBankTour pic.twitter.com/rH3gHmRcsB

So let's get this right. Lord Sugar opposes segregated cycle infrastructure and blames London cyclists for getting involved in road traffic incidents, but says a helmet with flashing lights will make the roads safer for him? Okay ... (On the subject of indicators for cyclists, see John Stevenson's blog here).

My new cycling helmet with left and right indication pic.twitter.com/cDu7egWzI2

Which is your favourite? Or are rainbow bands only for World Champions? Or if you wanna heap the pressure on your kids then there is option to kit out any future cyclists out there. 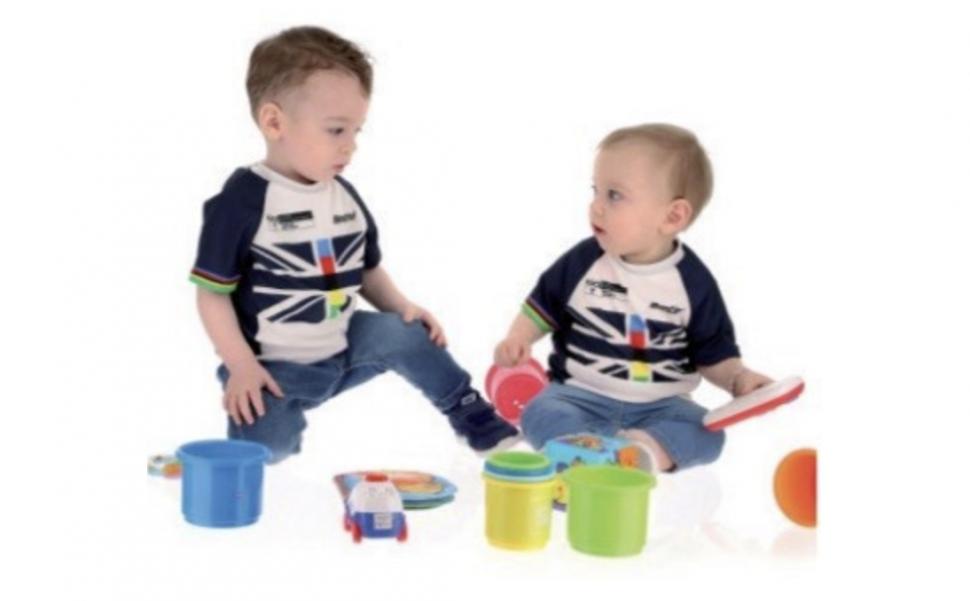 Cube has revamped its road bike range for 2020. Here are the quick highlights. The flagship road race bike, the Litening C:68X, has been completely updated and elsewhere in the range, there are new paint jobs and spec options. 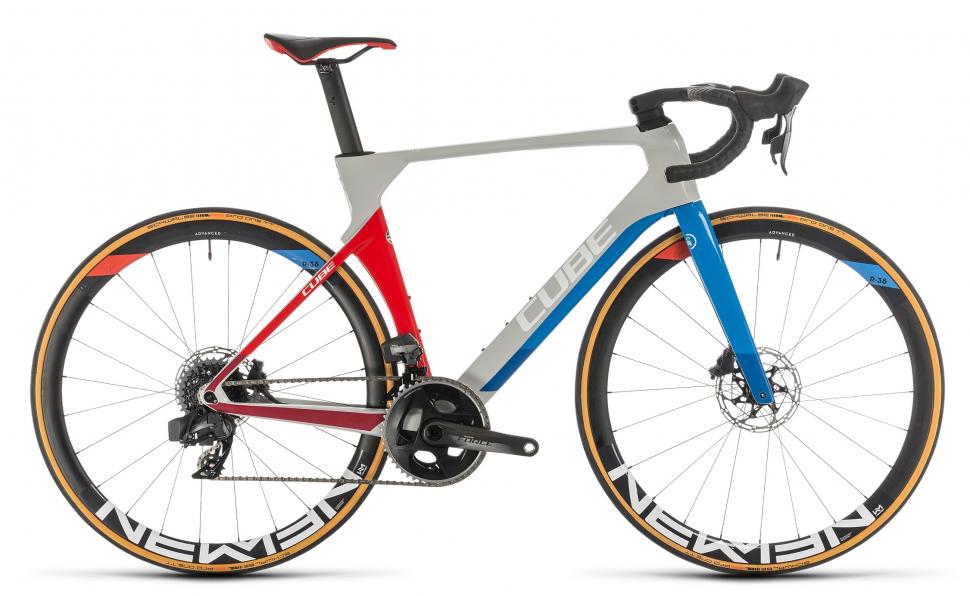 Here’s the brand new C:68X. It’s all aerodynamic with disc brakes and integrated everything. 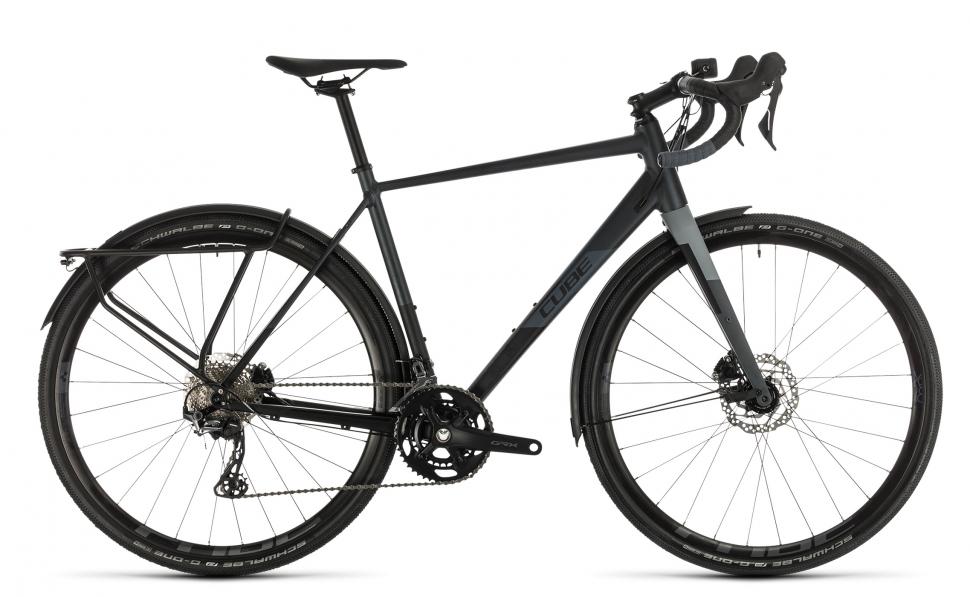 This is the Nuroad which looks ideal for UK winter training and commuting with G-One tyres for tackling any terrain and mudguards to keep you dry. 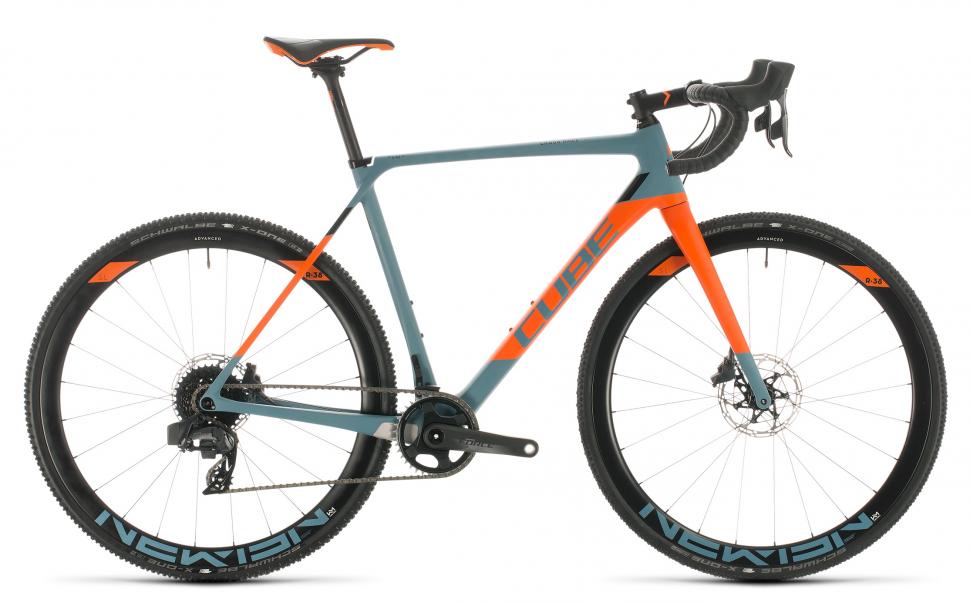 #crossiscoming and there’s the Cross Race ready for an hour of lactic acid hell around a school playing field. 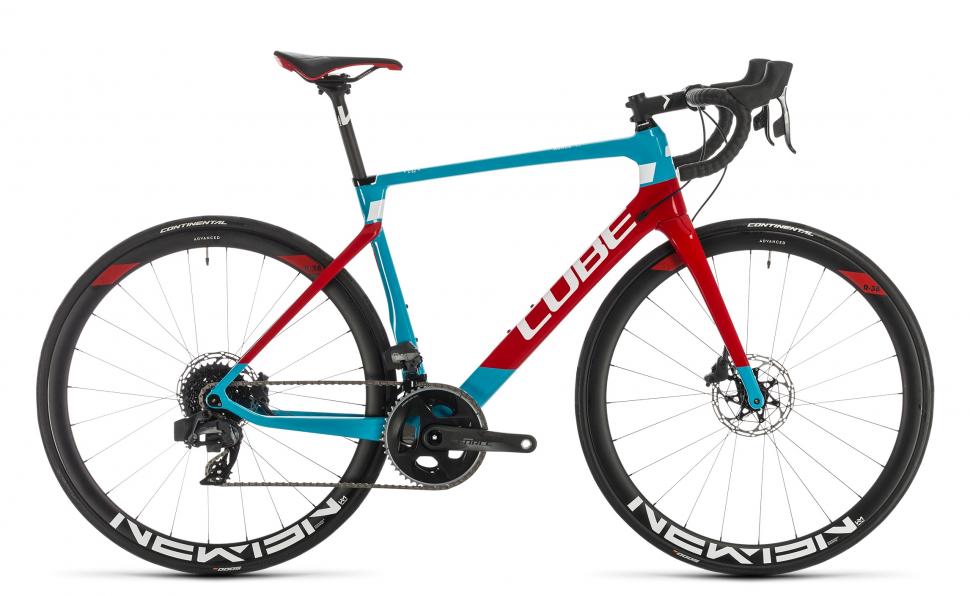 The C62 SLT its below the C:68 and looks really good. Expect some competitive prices. 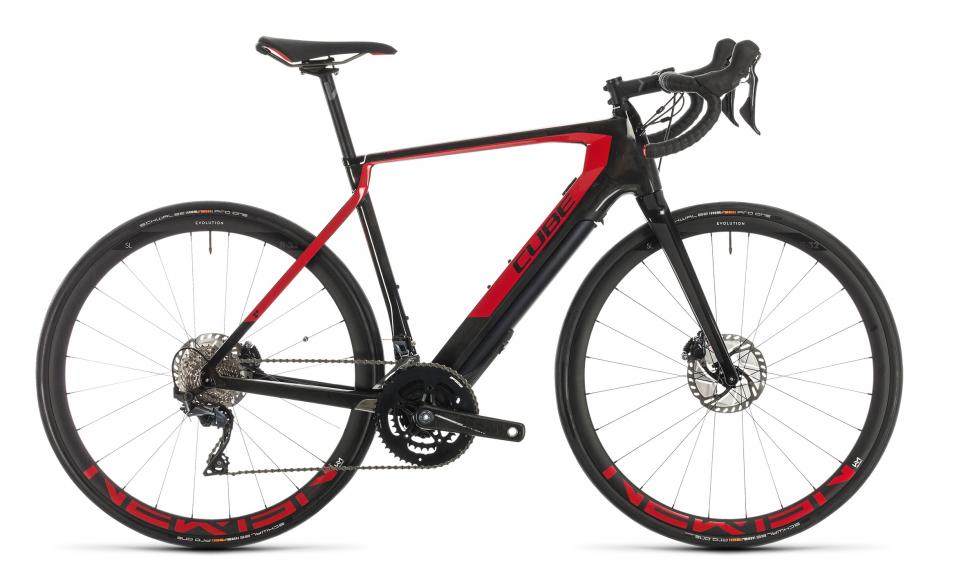 If you want an e-road bike, Cube has you sorted with the Agree Hybrid C: 62 SL. 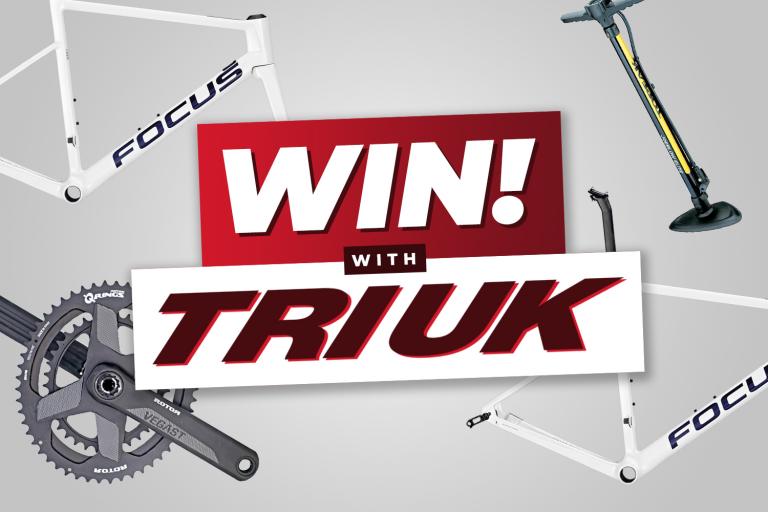 We put this competition up yesterday, but a few site gremlins were chewing away at the entry form. We've managed to lure them into the microwave now, so you should be able to enter just fine. And you should! You can win a Focus Izalco Frameset, a Rotor Vegast Crankset and a Topeak Joe Blow Elite pump, together worth £2,893!

Merseyside Police are seeking two people who were riding a black e-bike who crashed into a black Ford Focus, causing the driver to swerve off the road and sustain minor head and arm injuries.

The incident happened at 12.05am yesterday morning on Upton Road, Birkenhead close to the junction with Bidston Road.

PC Craig Williams of the Matrix Roads Policing Unit said: "We want to identify those on the bike as a matter of urgency, to ensure that they are safe and well and receive the appropriate medical treatment. If you know who was involved, please do the right thing and let us know.

“I also want to urge anyone who witnessed this incident, or has home CCTV or dashcam, and captured this collision to get in touch, so we can establish the circumstances and take the necessary action.”

Police Scotland’s Roads Policing Unit has launched a campaign on Twitter using the hashtag #CycleMyths, aiming to set the record straight on many of the misconceptions that many people have about cyclists and the law.

Over the next few days we're going to bust some #CycleMyths. We see the same comments come up again and again whenever a bicycle is mentioned, so it's time to #SetTheRecordStraight.

Keep an eye on our feed and we'll start with a real doozy!#OpClosePass#SafeSharedSpace

Truth - Road Tax was abolished in 1937. You pay emissions based Vehicle Excise Duty, which goes straight to the Treasury Fund, with other taxes such as alcohol and fuel.

#CycleMyths 2 - "Cyclists should always ride single file near the kerb"

Truth - @HighwayCodeGB Rule 66 - never ride more than two abreast, and ride in single file on narrow or busy roads and when riding round bends

#CycleMyths 3 - "So it's ok for cyclists to come right up beside me when I'm at traffic lights?"

True! It's called filtering. Cycling is a great way to beat the traffic, stay fit and help the environment! Back to @BritishCycling with another great video:https://t.co/UjA1nAlZ2n pic.twitter.com/23029dbIO7

Truth - @transportgovuk data for 2017 shows that 2 car drivers were killed per billion miles compared with 31 cyclists, meaning a cyclist is 15x more likely to be killed on a road.

Truth - There is NO legal requirement for a cyclist to use one.The only legal requirement relates to drivers. When a cycle lane has a solid white line, vehicles must stay out of it during its time of operation pic.twitter.com/gl0oBZCcge

1
Near Miss of the Day 362: Punishment pass while beeping horn
2
Parcours launch the Strade 'next generation' aero wheelset, with different rim profiles for front and rear wheels
3
Cyclist seriously injured at New Forest crossroads highlighted as blackspot after two riders were killed
4
Dangerous cycling bill introduced to House of Lords
5
“Lucky to walk away alive” – cyclist hit by driver who fell asleep (+ graphic video)
6
Chapter2’s new AO gravel and adventure bike launched
7
Near Miss of the Day 361: "Why go in front of me?"
8
The bicycle is the future of urban mobility, predicts Deloitte report