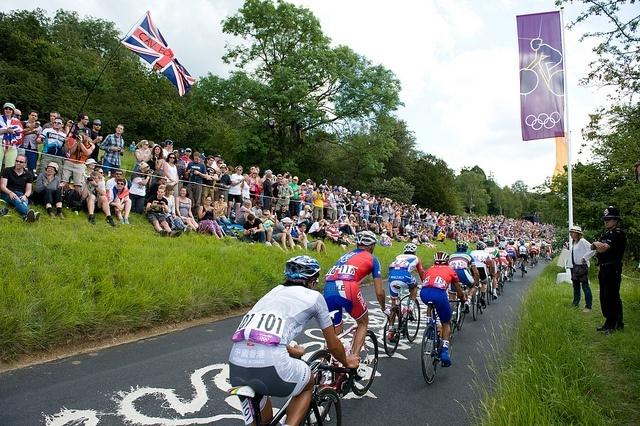 With 1,600 metres of climbing, the length of the race on Sunday 4 August has also been shortened this year from 183 to 169 kilometres, which organisers hope will encourage more attacking racing.

First held in 2013 as a legacy event from the previous year’s Olympic Games and providing the climax to the Prudential RideLondon weekend, the early editions of the race saw it start at the Queen Elizabeth Olympic Park.

More recently, the start has taken place on Horse Guards Parade, but for this year’s seventh edition it switches to Bushy Park near Hampton Court Palace.

The peloton will then head out towards Box Hill, which was climbed nine times during the London 2012 Olympic Road Race, controlled by Team GB working for Mark Cavendish until a big escape group got away on the final ascent including the two riders who would subsequently contest the win, Alexander Vinokourov of Kazakhstan and Colombia’s Rigoberto Uran.

As in previous years, the race will finish on the Mall but this time around the riders will approach it from the opposite direction, with the flamme rouge on Birdcage Walk before the race sweeps past Buckingham Palace and turns right into the finishing straight.

There will be a Continental Tyres King of the Mountains competition, with points awarded at Newlands corner and all five climbs of Box Hill, plus a new Combativity Award presented by Zipp for “the most attacking, exciting and sporting riding of the day.”

Race director Mick Bennett commented: “I’m excited to see how the changes we have made to the course of the Prudential RideLondon-Surrey Classic will change the race.

“For the past three years we have had a sprint finish on The Mall but having five climbs of Box Hill will change the dynamic and give riders looking to get in a break and stay away to finish extra incentive.

“Box Hill is an iconic climb and I’m sure with the change we’ve made there will be a wonderful atmosphere that will greet the riders, recapturing some of that spirit of the London 2012 Olympics.”

The route of the UCI Women’s WorldTour race, the Prudential RideLondon Classique, has also been tweaked, and will cover 20 laps of a 3.4-kilometre circuit around St James’s Park and Constitution Hill.