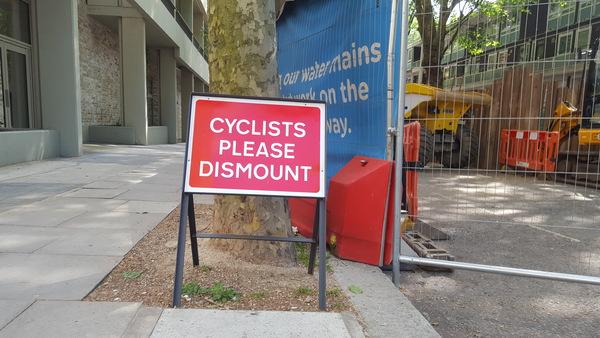 Robin Heydon, chair of Camcycle, the cycling campaign group for Cambridge and the largest such organisation in England outside London, says cyclists should be given the same notice of route closures as motorists are.

His appeal comes as a cycle route running alongside a section of the city’s guided busway between Histon and the Cambridge Regional College CRC) in King’s Hedges was closed with only a couple of days’ notice. The works are tied in with the enlargement of the A14.

In his regular column for Cambridgeshire Live, Heydon wrote: “Usually when someone wants to close a road they give you some notice of it. Maybe they let the press know a few weeks in advance so people can plan their journeys. For example, there are signs everywhere along the A14 informing people driving cars of future road closures.

“So it was a huge surprise to find out a couple of days before that they are closing the main cycleway between Histon and the CRC.

After helpfully providing an alternative route, he added: “They have just posted an alternative cycle route a couple of days before the route is actually closed, and I did find some diversion signs that didn’t look official at all. I don’t ask for much, but it would be good to have the same notice as cars have when one of their main roads is closed. Perhaps we should all drive to work instead of cycling?”

In a press release, Camcycle said: “We are appalled that such a busy and important route for walking and cycling is being shut down with very little notice, communication, and no reasonable diversions put into place. Many people will be shocked on Monday to discover that their safe route to school or work is blocked and they will have to go around via the dangerous A14 overpass.”

Look how close the rear of the lorry's trailer gets ... full story here. "Poop doping" is a thing

Find out about the latest research here. 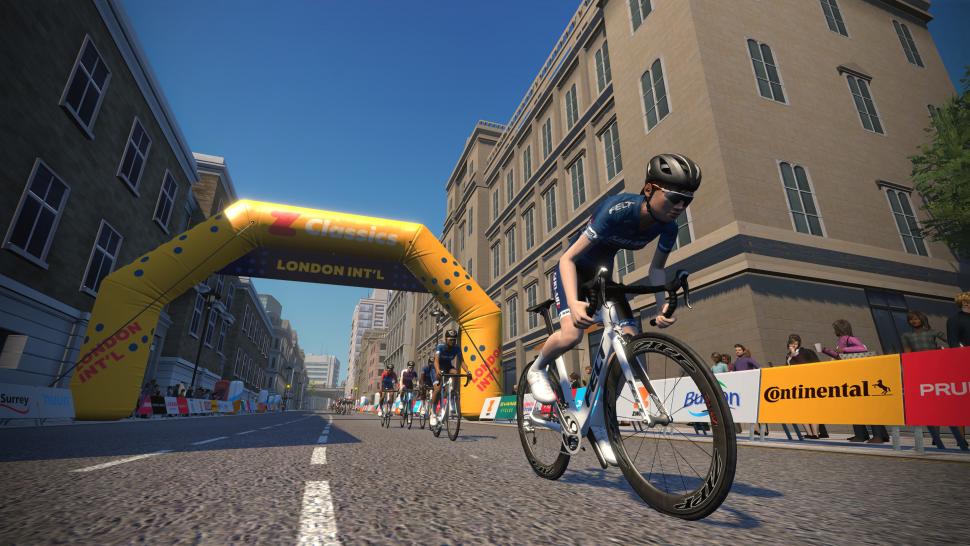 Described as "the next step in its esports journey", Zwift have unveiled the Zwift Classics series. Starting on 3rd July, they will build on the successful KISS Super League races.

Alongside the London International, an additional five races have been confirmed with more likely to be announced soon. All races will be streamed live on Zwift's live Facebook page. 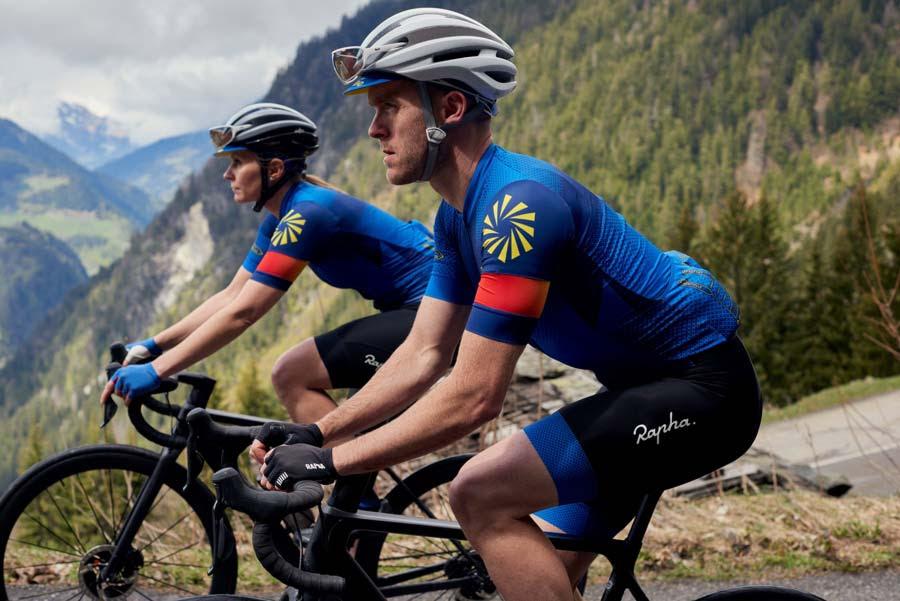 I'm all for statement cycling socks, but are these a little too raw? pic.twitter.com/6sWuV73eIg

The barrister who represented Gemma Brushett, the pedestrian who sued cyclist Robert Hazeldean for hitting her although she was found to be partly liable, has given his view on the case.

Aneurin Moloney says in his opening paragraph on a blog post: "I accept that I am not an independent observer of the case.  But I was one of only a handful of people who were present for the 2 days of the trial, and can add some important detail to that put out in the newspapers."

He then says in court, it was revealed that one witness (called Mr H in the blog) came forward who was of the opinion the defendant (Hazeldean) was to blame:

"The Claimant relied on Mr H as her only witness on the issue of liability. Mr H attended trial and was cross examined by the Defendant’s barrister.

"Mr H’s evidence included a voice memo that he had recorded on his mobile phone minutes after the accident in order to provide a more detailed account than that recorded by the police.  His witness statement expanded upon his police statement.  He described in Court that there was a ‘throng’ of pedestrians 5 or 6 deep crossing the road, and estimated that there were 50 people in this group.  He described that he slowed his bicycle because he felt that it was unsafe to proceed with people still crossing.

Moloney summarises: "There was more to this decision than the many of the newspaper articles conveyed.

"Based on the judge’s finding that the Claimant was using her mobile phone, it was absolutely correct that she was found to have significantly contributed to the accident.  However, the Defendant himself had conceded that he had accelerated towards a crossing which wasn’t clear of people.

"If any wider good has come from this case it is that the publicity may encourage cyclists to take out insurance to protect themselves in the event that their riding causes someone to suffer injury."

The case has garnered a significant amount of media attention, and a crowdfunder to help pay for Hazeldean's legal fees has now reached over £55,000. The page creator and Hazeldean have said any money left over will be donated to the Action Aid charity.

Thanks as ever to @GranadaReports for featuring my efforts https://t.co/qGtmpokzNv

Andrew Rogerson, known as 'The Cycling Scouser', returned to Merseyside yesterday after finishing a six week pedal from Seattle to New Jersey last Friday. He's raised over £10,000 for children's cancer charity The Charlie's Chance Foundation, inspired by Charlie Fearns who has been fighting Leukaemia for over 8 years. You can visit the JustGiving page here.

Check out Inter Milan's 2019/20 away jersey! To be fair it might provide a welcome distraction for their fans whether they love it or hate it, as the club have just announced that they're going to demolish the San Siro stadium that they share with city rivals AC Milan. You wouldn't get this happening on an audax in Wales...

A competitor on the bonkers 2,745 mile gravel race down the spine of the Rocky Mountains has been charged with illegal camping after he awoke to a black bear helping itself to the snacks in his panniers.

Camping outside of a designated campground is strictly forbidden in Banff.

Speaking to the Bow Valley Crag & Canyon, Bill Hunt, a Banff National Park conservation manager cited the dangers that illegal camping poses, not only to future campers but also to the bears, who can become comfortable approaching humans for food.

"The food was not secured in any way. It was lying on the ground in his pack outside his tent. He did not have bear spray. He waited scared inside his tent while the bear ate his food for an hour and just before midnight he called 911 after he feared for his safety. He said he glanced out occasionally and that he saw a light-colored bear but we’re not sure if there were two bears there."

To be fair, we'd stay put in our tent if there were bears outside!

Concluding, Hunt said "I imagine if a person is cycling to New Mexico they should have been able to find his way to Tunnel Mountain campground or noticed all the signs”.

Have you had any run-ins with animals whilst cycling? Let us know in the comments below.

*The more teeth the animal had, the more points you get*

More support from one of the biggest names ever in British Cycling! Huge thanks to @SirWiggo 's message for our Le Loopers ... he thinks we're mad mind you! ... #TDF2019 pic.twitter.com/JpGDwELaAe

Le Loop will see a group of riders complete stages 2-21 of the Tour de France a week ahead of the pros, in an effort to raise funds for the William Wates Memorial Trust. Ride Le Loop managed to get an endorsement from 2012 winner Bradley Wiggins himself, who was reminded the event goes on for the full three weeks rather than just a day: "Oh sh*t sorry, the whole three weeks apparently which is even better... I think you're mad!"