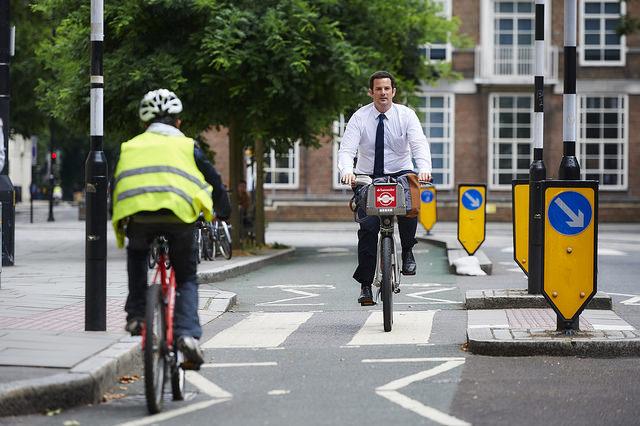 Researchers from the University of Colorado Denver and the University of New Mexico discovered that where local governments had spent money on high-quality cycle lanes, drivers became more aware of what was going on around them and were also more inclined to reduce their speed.

The result was a drop in casualty rates for all road users – although they noted that a similar effect was not seen in areas where bike lanes were simply marked out with paint, reports the Independent.

Co-author Wesley Marshall, a professor of civil engineering, told the newspaper: "Regular, painted bike lanes turned out to be non-significant. They may help in terms of bicyclist safety but weren't a factor when we focused on all road users.

The study focused on 12 large cities in the US, some of which have invested heavily in cycling infrastructure in recent years.

Nicholas Ferenchak, who co-authored the study, commented: "When we believed it was the old safety-in-numbers concept, that meant we had to figure out how to get more people on bicycles to make a city safer.

"That's not easy. But this research has boiled it down for city planners: create cycling facilities, and you'll see the impact."

Campaigners in the UK say that the research should prompt local authorities here to invest in high-quality infrastructure.

London Cycling Campaign’s Simon Munk told the Independent that the research findings showed it was “imperative for the mayor to crack on and deliver his pledge to triple the amount of segregated cycle lanes on main roads.

“Sadiq Khan is on track to do that,” he added, “but it is important that the next mayor continues to accelerate the pace of change.”

"The fact that it could also make our roads safer for everyone is another powerful argument for our government to increase substantially its investment in quality cycle provision.”

We've featured research from Professor Marshall on road.cc before. In 2015, he explored why some cyclists break the law. His answer? Because of the dominance of motor vehicles on the roads.

Observing that cyclists who infringe traffic laws tend to be judged more harshly than drivers who do so, he called for city authorities to build more dedicated cycling infrastructure.