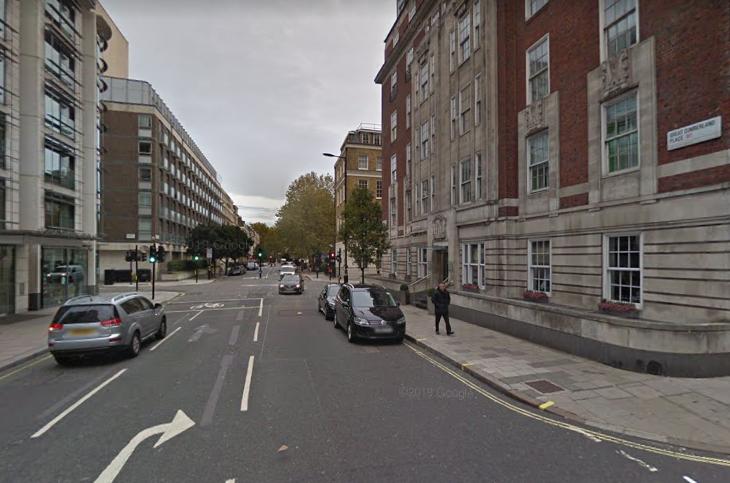 Broadcaster tells campaigners how minor changes on one street "made a huge difference"...
by Simon_MacMichael

Jeremy Vine has described the moment he realised that poor road layout is often responsible for the danger Britain’s cyclists face, highlighting how changes to one street on his commute in London had “made a huge difference.”

The broadcaster, who cycles from his home in Chiswick to work in the West End and uses social media to call for conditions to be made safer for cyclists, was speaking as a guest at a meeting of Cycle Islington, the north London borough’s cycling campaign group.

The Islington Tribune reports that he told the meeting: “The problem I thought was not the road space but the mind of the driver and all we needed was to change the driver’s mind.

“I thought all we needed to do was change the driving and not the road but then something really interesting happened.”

Vine recounted – perhaps with a touch of exaggeration given some of the videos of near misses elsewhere that he has shared online – how he “discovered that all the danger” he encountered in his commute was at Great Cumberland Place, off Oxford Street near Marble Arch.

“It’s very nasty,” he explained. “There’s a disproportionate number of near-misses, tourists stepping out, all in this one stretch of street.

“I had a moment of incredible, beautiful logic,” Vine continued. “It couldn’t be a coincidence that all of the dangers were on one street. I had to accept it was something to do with road layout. Road layout either keeps you safe or drops you in it.”

Vine said that the road layout had been changed “just a little and it’s made a huge difference”.

He also spoke of the case of cycling Sam Harding who was killed in Islington in 2012 when a driver opened a door into his path, causing him to fall into the path of a bus, sustaining fatal injuries.

The driver, Kenan Aydogdu, was charged with manslaughter, with the prosecution telling the court that he had fitted his car with window-tinting film that reduced visibility by 83 per cent. He was acquitted by the jury at the Old Bailey.

“This happened in your area, destroying a whole family,” Vine told the meeting. “I bet some of you knew Sam.”

He continued: “Yesterday I thought to myself: I wonder if I can buy this stuff for my car. And I found that you can, and I found you can reduce your vision by 99 per cent.

Vine spoke of how the victim’s father, Keith Harding, had told him that “something needs to be done for cycling. Some of our roads are not designed for cyclists.”

The broadcaster added: “Like a poem, the words capture the whole situation.”

He also showed attendees the protective gear he wears when on his bike, comparing it to looking like “a Navy Seal going to kill Bin Laden”.

He added: “I have a camera on my helmet, then a camera on the back. I have a flashing light on my glove then lights which look similar to a jock strap around my body.”