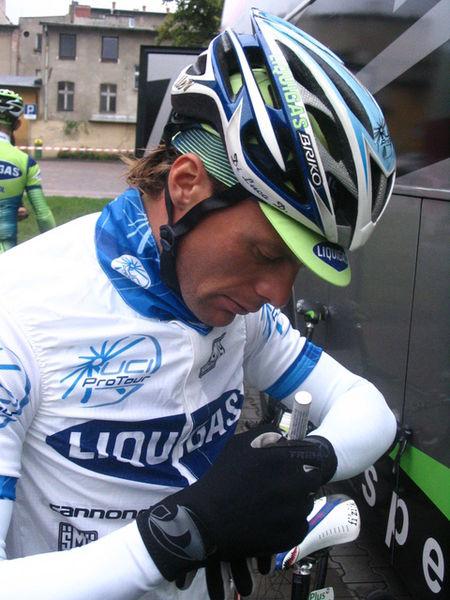 Di Luca had finished second in the 2009 Giro d’Italia but was subsequently stripped of that placing and banned until July 2011 after testing positive for EPO. The Italian Olympic Committee has now reduced that ban following the rider’s cooperation with prosecutors in Padua who are investigating doping in Italian sport.

La Gazzetta speculates that Di Luca provided highly significant testimony to prosecutors seeking to break through the wall of silence to understand how the practice of doping is structured in Italy.

Di Luca was at pains to point out to the press that in his testimony he did not implicate other cyclists and had provided evidence in order to help cycling and not to hurt fellow athletes.

“I explained the methodologies used in the years that I have competed,” he said. “My decision to speak was, above all, taken in order to help young people and to make them understand that cycling is the most beautiful sport.”

Di Luca, 34, says he is looking for a new team but defended other cyclists in the wake of anti-doping prosecutor Ettore Torri’s recent comments suggesting that doping would be legal if it were not damaging to athletes’ health.

“I understand his comment and appreciate his anger because he is constantly dealing with sportsmen who are in trouble,” Di Luca said.

“However I am sure that not all cyclists are drug users. Things have changed a lot in the last decade. I can guarantee that most of my colleagues are clean. It isn‘t true that you need to dope yourself to win. A born champion is always a champion, while a domestique rider is always a domestique.”