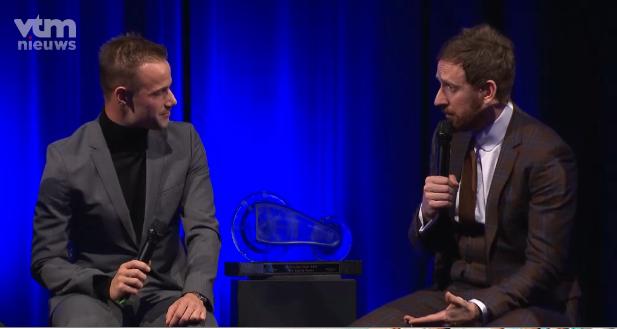 Lotto-Soudal's European time trial champion is heading to Mexico for his record attempt in April...
by Simon_MacMichael

The UCI has confirmed that Victor Campenaerts, will make an attempt on the Hour Record currently held by Sir Bradley Wiggins, in April.

Wiggins set his record of 54.526 kilometres at London’s Lee Valley VeloPark in June 2015, and in December backed the Belgian cyclist to beat it in response to news that Campenaerts planned to make an attempt.

The Lotto-Soudal rider will have an advantage over the existing record-holder in that his tilt at it will take place at altitude, at the Velodromo Bicentenario in Aguascalientes, Mexico, with 16 and 17 April pencilled in as the dates for his attempt.

Aged 27, Campenaerts is the current European time trial champion – in Glasgow last year, he retained the title he had first won 12 months previously – and finished third in the discipline last September at the UCI Road World Championships.

He has been preparing for April’s attempt on the record for almost six months now – in September, he undertook a trial run at the Vélodrome Suisse, followed by two months of altitude training in Namibia.

Campenaerts said: “The UCI Hour Record is a unique challenge in cycling and to beat it would be a way for me to write a bit of the sport's history. I respect Bradley a lot and I do not consider myself as a better athlete than the former Tour de France winner and five-time Olympic champion.

“However, by making progress and taking into account every possible detail, I hope to have a chance to take over the Hour Record.”

It’s one of three goals that he has set himself over the next 18 months or so.

UCI President David Lappartient said: “I am delighted to see that the UCI Hour Record timed by TISSOT continues to generate so much enthusiasm among riders, even if Bradley Wiggins raised the bar very high.

“Victor is a superb specialist who showed what he is capable of by climbing on to the podium at the last UCI Road World Championships.”

He added: “I cannot wait to see how he fares in Mexico in April, knowing the part that altitude can play in outstanding performances.”

Since the UCI changed its rules in 2014 to allow up-to-date bikes and equipment to be used, 10 men have attempted the record, five of them successfully.

Jens Voigt’s record of 51.110 kilometres was set in September of that year and surpassed the following month by Matthias Brändle.

The last two unsuccessful attempts on the men’s UCI Hour Record were both made in Aguascalientes, while at the same venue Italy’s Vittoria Bussi set the existing women’s world record of 48.007 kilometres in September last year.