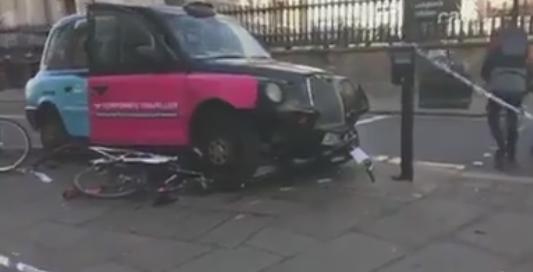 Proud to share @lululemon will provide off-the-bike gear to @teamnovonordisk, the world’s first all-diabetes pro cycling team and celebrate their continued commitment to inspire and empower people around the world affected by diabetes. #lululemon #thesweatlife pic.twitter.com/dPgwx2TiVA

If you're unfamiliar, their pro cycling team are made up of type 1 diabetics and do good work raising awareness of diabetes and funds for relevant charities. Here's an article of ours from back in 2016 where they discuss the use of TUEs.

This video shot in Central London yesterday and posted to Twitter grabbed our attention – just imagine being the owner of that bike, coming back to where you parked it, and finding it crushed under the wheels of a taxi.

all those cabbie threats to run cyclists over now being carried out? the police will just fall for the "it was an accident guvnor, I got the brake and accelerator mixed up". hopefully nobody other than the cabbie was hurt here. Duncannon Street on 19/02/2019 pic.twitter.com/v7y59hS2bd

Duncannon Street, while designated part of the A4, is a short, one-way street that runs a couple of hundred metres from Trafalgar Square to Strand – those railings in the background of the video are at St Martin-in-the-Fields church.

The road narrows from two lanes to one as it approaches Strand, and from what we can work out, it appears the cab driver – possibly distracted for whatever reason – has carried straight on in the right hand lane and ploughed straight into the bike racks outside a branch of PizzaExpress (which once upon a time was a Lyon’s Corner House, opposite Charing Cross Station). I’ll be leading a debate this afternoon in the #Senedd on how we need to do much more to meet our high ambitions for walking and cycling in Wales.

You can watch live on Senedd TV #ActiveTravel
https://t.co/qeqV0Rr6qR

Figures showed last May that the number of people walking and cycling to work had not increased in the first five years it was on the statute book, according to stats published by the BBC. Can you get a workout on an e-bike?

Spoiler... yep! More over on eBikeTips. Bill de Blasio, mayor of New York City, has defended the New York City Police Department’s policy of ticketing cyclists for road traffic infringements in the days following the death of a cyclist – saying they have to obey the law.

Earlier this month, Gothamist reported that NYPD officers were ticketing bike riders close to where cyclist Chaim Joseph had been killed by a hit and run driver a few days earlier. A passer-by took a video of the police operation in which one cyclist was knocked off his bike by an officer.

Speaking at a press conference yesterday, de Blasio said: "Whenever there is a fatality ... it’s a horrible situation, and we all feel it. That does not mean we’re going to stop enforcement.

"We’re going to be enforcing on anybody who we think puts other people in danger, period."

He added: "If we know there have been injuries involving cyclists and pedestrians, we take that seriously, too. We need cyclists to obey the law, and of course enforcement is a part of that."

However, Brooklyn Council Member Carlos Menchaca criticised the NYPD’s approach, saying: "I would like to know what forces an NYPD local precinct to start cracking down on bicyclists after a crash, especially a deadly crash.

"It's not only appalling, it's the wrong kind of message that you want to send to a community that is mourning." Only in Belgium will you find a cyclocross race followed by a high jump competition, on a Wednesday evening...

Each year, this end-of-season race is a feature of the final week of CX racing and the mid-week race draws huge crowds. Added into the mix is a bunny hop competition that sees riders aim to score the highest clearance possible. A whopping 80cm is the record so far, set in 2017 by Jan Denuwelaere.

That, amazingly, doesn't even come close to the Guinness World Record of 1.45m set by Rick Koekoek at the 2017 Prudential RideLondon FreeCycle! What's your best effort? 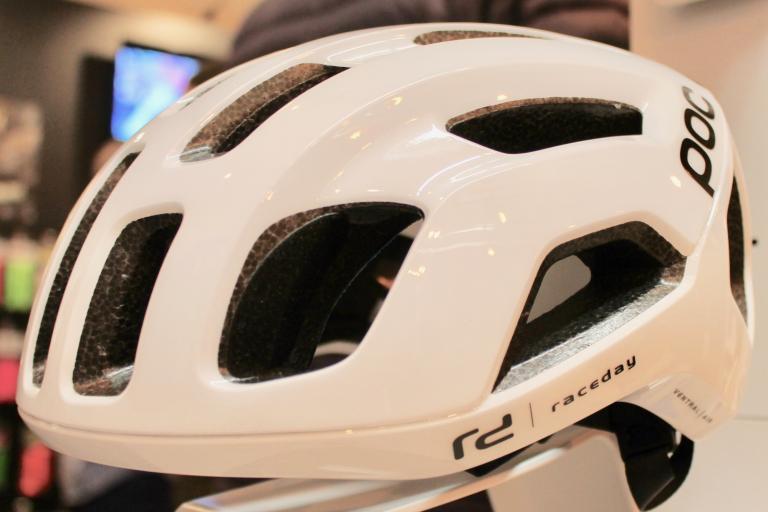 The Times of India reports that a Sikh seeking exemption from having to wear a helmet in a bike race in India after being disqualified for refusing has had his plea turned down in a supreme court. The court said that cycle races are organised by private bodies and clubs, therefore the court cannot pass orders against such as the helmet exemption that Jagdeep Singh Puri was demanding. He said he can't wear a helmet because he has to wear a turban as per the Sikh religion's requirements, and cited countries such as the UK and US that allow Sikhs to continue wearing turbans in sporting events. The court said it didn't want to open a "pandora's box" by adjudicating on the issue, but did allow a petitioner to tell the government that they have to take a vote within a year on whether Sikhs can be exempt from wearing helmets in such events. Bkool have announced a partnership with Movistar for their 3D indoor training simulator, which is ready to 'play' on the Bkool app now. It's called the Movistar Virtual Cycling competition, and it's an international virtual event where participants will race against one another on 3D routes to emulate WorldTour events. It incorporates ten online races during the week of some of the most iconic pro cycling events in the world, including the Tour de France, and the Giro, and is hosted by Bkool on its advanced online Simulator.  This will allow riders from all over to compete against each other for a place in the final, held in Madrid this September, at the international bike festival Festibike.

All you need is a turbo and a device to connect to the Bkool Simulator to get started, and although the training platform carries a subscription fee entry to the Movistar competition is free. Entry opens on the 1st April, the first race is on the 14th April and there are nine more fixtures over the next five months.

Bkool aren't the first to offer high-level virtual competition - Zwift now have an annual comp which sees the winners bag a pro contract with Dimension Data, and they also started an esports league, the KISS Super League, last month. Could we all be sending electrical currents through our brains in the future to help us get up those super tough climbs? According to this BBC report on cyclists and suffering, it's something already being experimented with by Team Sky and others in the form of (what looks like) a set of headphones that sends very low frequency electrical currents through the  anterior cingulate cortex area of brain that have been shown to reduce the perception of effort; in theory helping cyclists eek out every last ounce of effort when the legs are saying no. Dr Walter Staiano is quoted as saying that the technique will "explode after Tokyo 2020" in professional cycling, with what he calls "hacking the brain to go beyond what we think of as our physical limits".

Will we be talking about brain doping instead of blood doping in years to come? It will be interesting to see where the line will be drawn if it becomes a thing.

20 February 2019, 09:20
Mexican bus drivers shown what it's like to be passed closely by a bus in road safety experiment

The drivers are put on turbo trainers and feel what its like to have a bus pass closely, in an attempt to educate them on safe passing... perhaps this idea needs importing!

7 years ago today I started a journey that changed my life - cycling around the world. Even though things didn’t go to plan I persevered and returned 5 months later stronger and more determined to push myself even harder. #nevergiveup pic.twitter.com/dlNmsFAAXT

Sean Conway is marking seven years to the day since he took off on his quest to cycle around the world. Since then he's also cycled, ran and swam the length of the UK (the first to do so) biked unsupported across Europe in record time and grown an enormous beard. Interesting to see how much more sophisticated bike storage options have become in such a short space of time - although you could get gear if you knew where to look, panniers were the default option for carrying gear on the bike for years and it's only very recently the options have grown significantly. Check out our bikepacking bag buyer's guide to see some of the bets options out there.

20 February 2019, 09:10
Sikh cyclist banned from cycle race in India for not wearing a helmet takes discrimination case to supreme court

NDTV reports that Jagdeep Singh Puri says he was denied participation in the Azad Hind Brevet event organised by Audax India Randonneurs in 2015 because he refused to wear a cycle helmet instead of a turban. Puri said that if the army allows a Sikh to wear a turban on the line of duty then the organisers of sporting events can't object. The Supreme Court in New Dehli has asked the sports ministry to examine and decide within a year whether guidelines could be framed for private cycling associations to exempt Sikhs from wearing helmet in cycle race. Puris' plea also says that cycling without helmet does not endanger health, but the case continues.

"This sport is a shit" pic.twitter.com/iZR1R1fvfe