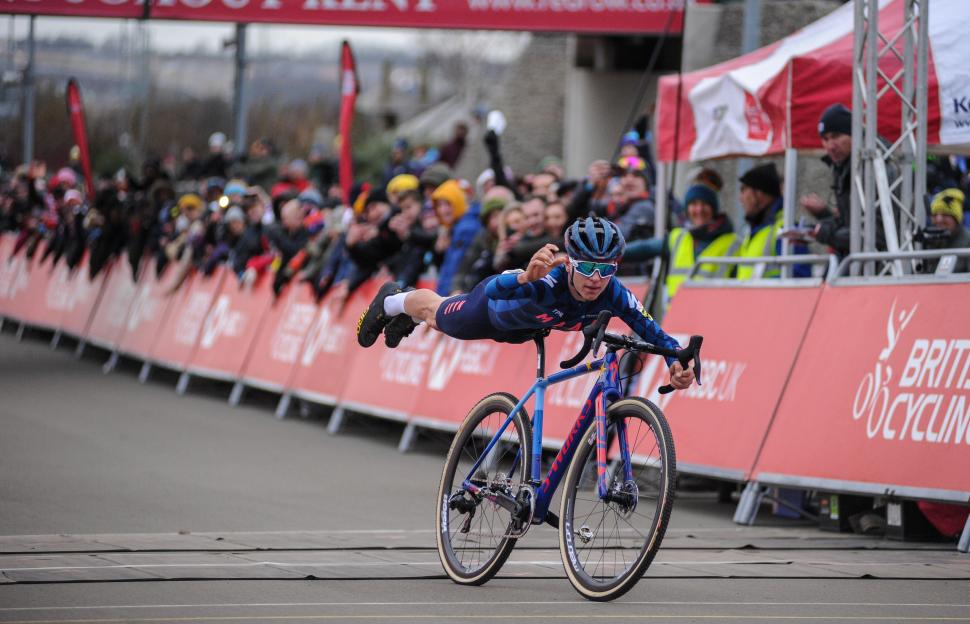 Catch up on the weekend's action with video from British Cycling...
by Simon_MacMichael

Tom Pidcock has won his first senior British national cyclo-cross title at the Cyclopark near Gravesend, Kent, today, while in the women’s elite race, Nikki Brammeier regained the title she last won two years ago.

Pidcock, riding for his own TP Racing team, dominated the men’s elite event after moving into the lead on the second lap and stretching out his lead to take victory by more than a minute, marking his win with a spectacular Superman-style celebration.

It’s the 19-year-old Pidcock’s second senior title, the Yorkshireman’s previous one coming in 2017 when he won the national criterium championships.

Afterward today’s win, he said: “The national championships is always one of the goals of my season, and it’s nice knowing I’ve got the elite jersey to wear in every race I do next season.

“The world championships” – which take place in Bogense, Denmark in the first weekend of February – “and the two world cups over the next two weekends are the main goals now,” he added.

Brammeier, riding for her MUDIITA team, had been in a battle for the title with Anna Kay of Experza-Footlogix who was ruled out of contention through a mechanical issue on the last-but-one lap which meant she had to head to the pits on foot to change bikes.

While Brammeier rode on to claim her fourth career senior title, 10-time national champion Helen Wyman mounted a challenge to Kay for the runner’s-up spot, but the youngster held on to clinch silver. 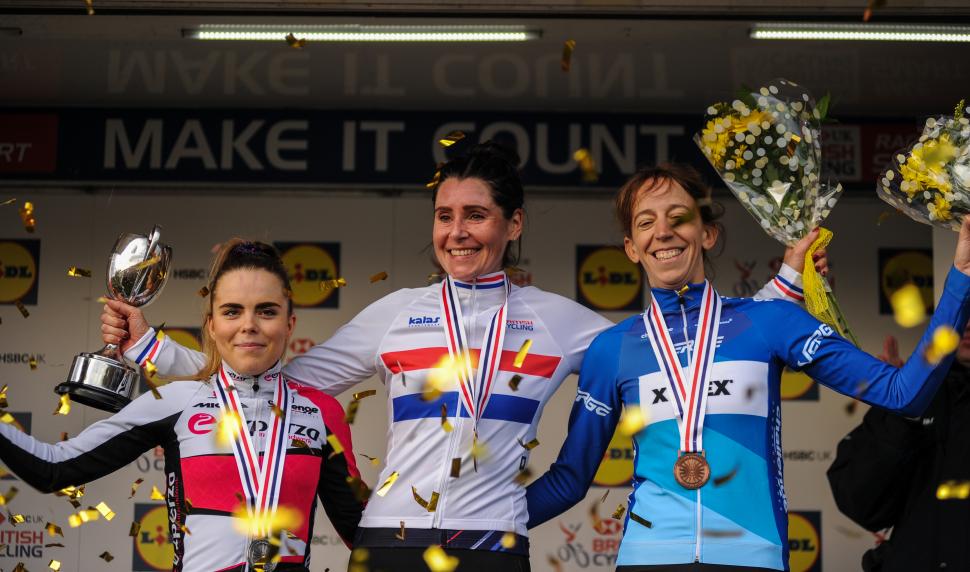 Brammeier said: “I’m so happy – I really wanted this. Last year I lost out to Helen after a really good race, and today it was a really tough battle with Anna.

“I was attacking as she got the mechanical, so it was rubbish for her, but she was so strong today – it’s good to see what the future looks like.”

You can find full results from the weekend’s racing here, and catch up with the action in this video from British Cycling.