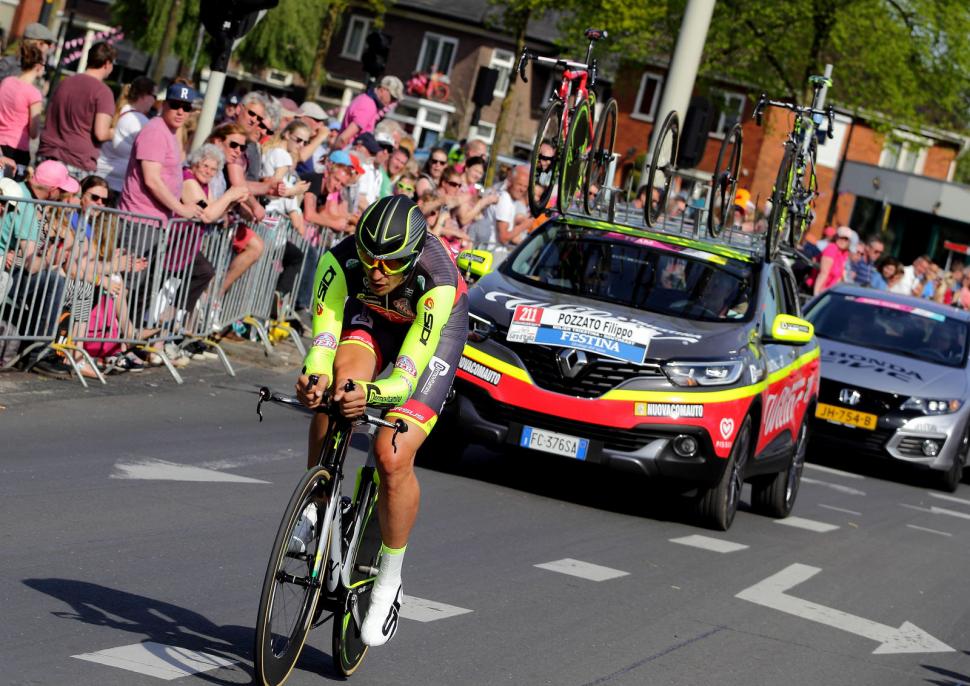 Flamboyant Italian says he lived childhood dream, but career has ended without him even realising it
by Simon_MacMichael

Filippo 'Pippo' Pozzato has retired from professional cycling at the age of 37 following a career in which he won Milan-San Remo, the Italian national championship, and two stages at the Tour de France plus one at the Giro d’Italia.

The flamboyant Italian announced the news in a post on Facebook this morning that was tinged with regrets at never quite fulfilling his talent and in which he revealed that he was ending his racing career reluctantly and without the fanfare he would have liked.

“Today I can say that my childhood dream has been fulfilled,” he wrote, adding that “without realising it, it’s already all over, perhaps in a way I wouldn’t have wanted but as a man I know how to accept this epilogue.

“When at 16 years of age Mapei came and sought me out, I thought it was a joke,” he said. “The three years in the ‘jersey with the little cubes’ were fantastic, even today I think it was the best team in the world.

“It was too brief a period to learn to the utmost the art of cycling, and with the team disappearing perhaps some of my talent started to disappear too, which I admit I didn’t always manage to make the best of.

“In many situations I felt like someone who wears a made-to-measure suit but it isn’t yours. Either it was too big, or often it was too tight on me.

“I did however manage to realise some dreams like San Remo in 2006. Unfortunately, the past few years haven’t been easy, I’ve always fought to get through them as I would have like to, but in the end I’ve had to give in.”

Reflecting on the loss of his father this past year, Pozzato said that “the curtain comes down without the noise I would have liked to have made,” adding that his 19-year career “has flown by.”

Pozzato will now turn his attention to projects including a UCI Continental team he is putting together to bring through young riders and use it as a starting point “to give Italian cycling a team and a new generation of cyclists proud of our history.”

Besides that San Remo victory and his Grand Tour stage wins, Pozzato tasted success over the cobbles in the Northern Classics, although the Tour of Flanders eluded him, his best placing being second in 2012, three years after he had achieved a similar result at Paris-Roubaix.