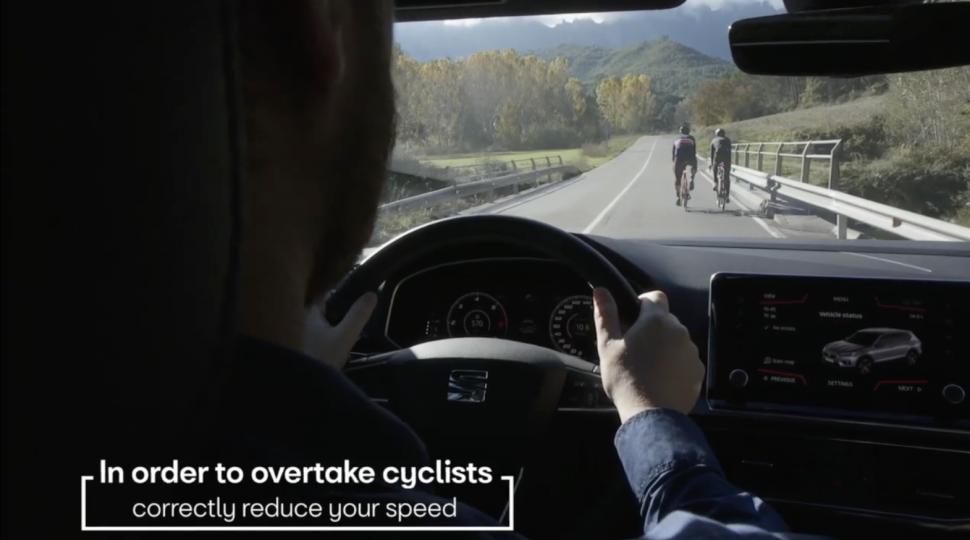 System is "no substitute for the driver's obligation to remain alert… reduce speed and maintain the safety distance when passing a cyclist", says engineer who developed it...
by Simon_MacMichael

Car manufacturer SEAT has showcased technology in its new Tarraco 4x4 that alerts drivers to potential collisions with cyclists and, if audible and visual warnings are ignored, automatically applies the brakes.

The video shows SEAT engineer Esteban Alcántara, who works on active safety at the company, at the wheel of the car with two friends of his on their bikes on the same road.

Explaining how the technology works, Alcántara said that as the vehicle gets closer to the cyclists, "The front mounted el radar detects their presence, and according to the trajectory and speed of both the car and the cyclists, triggers a number of actions to prevent a possible collision.”

A visual and audible warning is given when the car detects an imminent collision within 1.5 or 2 seconds. Emergency braking kicks in between 0.8 and 1 second should the driver not react.

"When driving down a road at 72 km/h, the car would begin to respond approximately 20 metres before a possible collision," Alcántara explained.

"Simulations are performed in several real driving conditions. Structures are used that reproduce the properties of different road users, such as pedestrians or cyclists, to test how the vehicle responds in each situation," he continued.

SEAT highlighted that the safety of other road users ultimately rests with the motorist, but added that technology is becoming more prominent too. 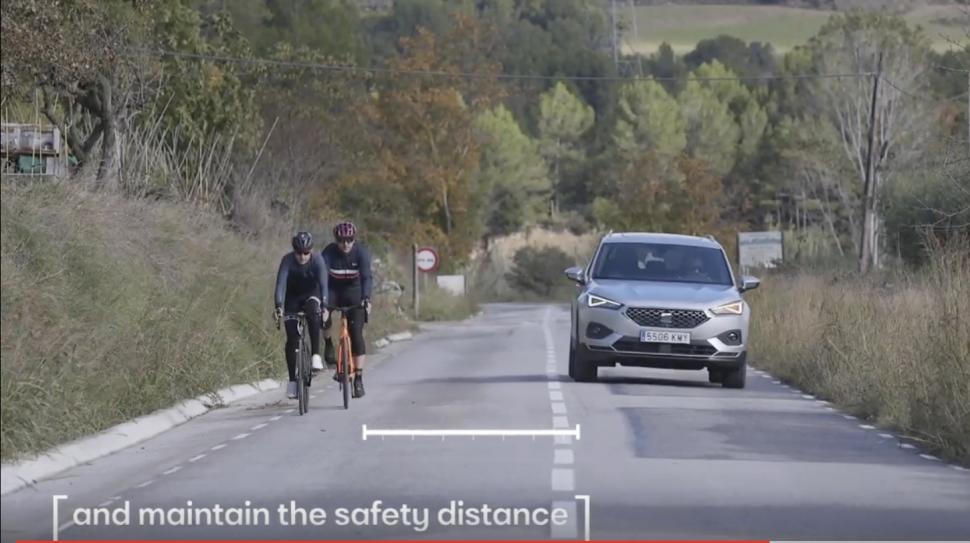 "Active Safety systems play an increasingly important role in protecting road users, and in some cases can prevent accidents or minimise their consequences," said Alcántara.

But he added: "This kind of assistant is no substitute for the driver's obligation to remain alert, respect traffic regulations, reduce speed and maintain the safety distance when passing a cyclist."