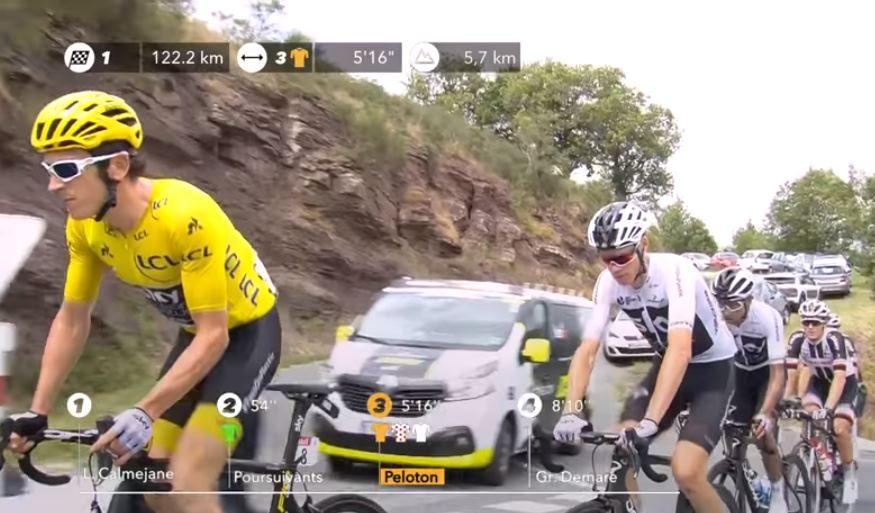 Tour de France champion Geraint Thomas says he “always had 100 per cent trust” in team-mate Chris Froome who was at the centre of an anti-doping investigation after it was revealed last December that he had returned an adverse analytical finding for twice the legal dose of the anti-asthma drug salbutamol during last year’s Vuelta, which he won.

Froome, who continued racing and in May won his third consecutive Grand Tour at the Vuelta, was only cleared to race the Tour de France the week before it began but lost time on the first stage, while Thomas’s back-to-back stage wins in the Alps set the Welshman up for overall victory.

“When I heard about the salbutamol case, it just didn't stack up. You would have to be stupid to take well over the permitted level when you are race leader and you are being tested every day.

“It's going to show up in your urine sample anyway. It didn't make any sense why he would do that.

“I've always believed in him, and that there would be an explanation for how that happened.”

Thomas signed an improved three-year contract with Team Sky after the Tour de France, but admitted other offers were on the table.

“Yeah, I could have left, changed teams and had a much easier life.

“Team Sky seem to be the focal point for all the cynicism in cycling, and take all the abuse, but that wasn't a reason for me to leave,” he added.

“I've always believed in Dave and everything he does because I've grown up working with him at British Cycling and Team Sky.”

In common with the rest of Team Sky’s riders and staff, he now faces an uncertain future following Sky’s announcement that they will end their sponsorship next season, although the team has said it is hopeful to continue racing with new backers in 2020 and beyond.