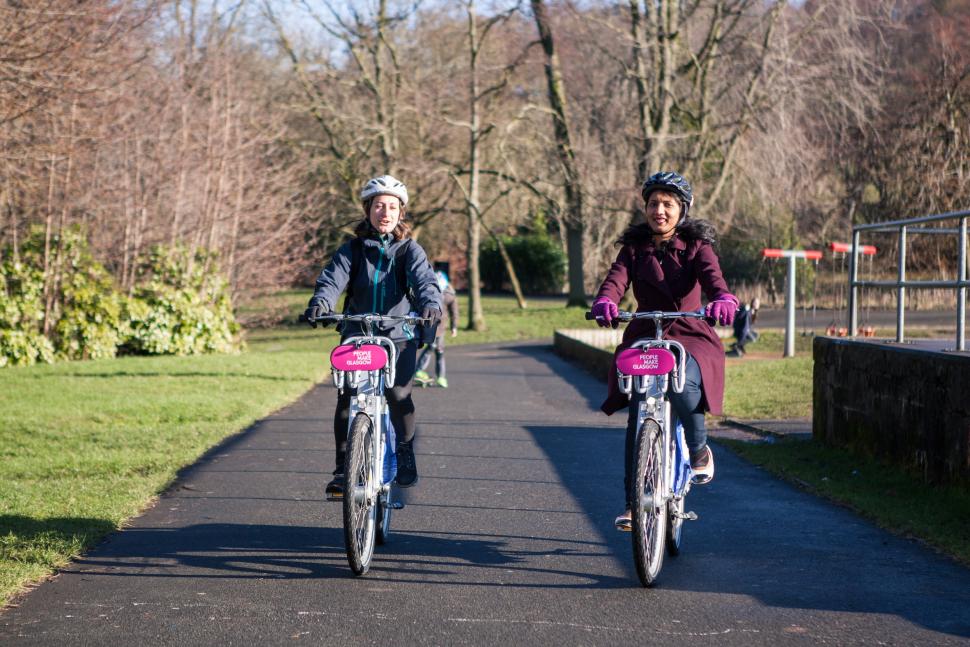 A scheme in Glasgow which gives people belonging to disadvantaged communities cut-price access to the city’s bike hire scheme has been called a success with over 4,700 trips made so far in 2018.

The Bikes for All initiative, led by the charity Bike for Good and supported by cycle hire provider Nextbike, enables people to access the scheme for just £3 a year and to sign up to it with no need for a bank card.

The scheme, which targets people from groups that tend to be under-represented in cycling such as women, the unemployed, refugees and people from the Asian community, was first launched in Govanhill and has since been extended across the city.

So far, 238 people have signed up, of whom 79 per cent have no access to a working bike and 27 per cent are uneployed.

Nina Borcard, Bikes for All Development Officer, said: “More than half of our members said they had not considered cycling before joining the scheme, and 97 per cent said it had been useful to have staff help them through the sign-up process, which just highlights the importance of the support we offer.

“The project is achieving an increase in cycling, reducing loneliness, tackling car dependency, and acting as a bridge to communities to foster a sense of community ownership and buy-in to schemes – which is exactly what we set out to do.”

One participant, Rashmi Aggarwal, had not cycled for 10 years but wanted to accompany her son as he rode to school.

“Cycling lessons really helped me build up confidence on the road as I found traffic quite scary before, especially as I was new to the city,” she said.

“As I was able to hire more than one Nextbike, my husband also started cycling again. We’re now regularly going out on family bike rides during the weekend.”

Krysia Solheim, commercial director of Nextbike, commented: “We’re always passionate about ensuring that bike share reaches all parts of the community, not just the young, affluent, and tech-savvy, and Bikes for All has successfully allowed this to happen in Glasgow.

“Transport poverty is a very real issue for many people in communities across the UK. Having access to an affordable, reliable bike share scheme can have a hugely-positive impact on peoples’ lives in so many ways, from boosting mental and physical health to helping them access work or other activities easily in a greater area than before,” she added.

“We’re proud to be involved in the initiative alongside Bike for Good and CoMoUK which make Bikes for All such a success in the city.”

Subscribe
Bikes for All
Bike for Good
nextbike
Glasgow