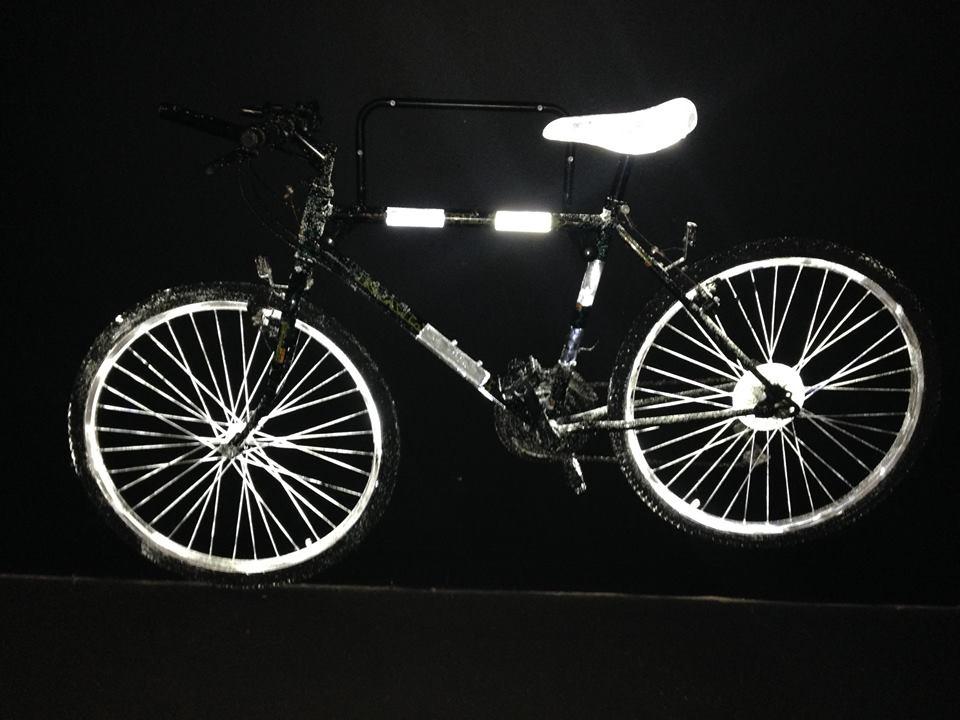 The company behind a product that was marketed several years ago as Volvo Life Paint has launched a range of glow-in-the-dark sprays in the UK aimed at making cyclists, pedestrians and animals more visible to motorists when it is dark.

The Albedo100 range of sprays, made by a Swedish company of the same name, are invisible when applied to clothing, bicycles or animals but use retro-reflective technology that means they are illuminated by headlight beams.

According to the company, which in a press release cites Department for Transport statistics that reveal that 470 pedestrians and 101 cyclists lost their lives on Britain’s roads in 2017, items coated with the spray can be seen in a headlight beam from up to 500 feet away.

The Textile is the original spray that was developed by Albedo100 for Volvo and so is the same as Volvo Life Paint – however, after working with Life Paint and the traction the product garnered we expanded the range and created the Permanent, Animal and Industrial.

Permanent is similar to textile but contains a stronger adhesive and is more reflective.

Animal is more of a retro-reflective hairspray and therefore does not irritate the skin of the animals.

Industrial is the first incarnation of the spray and doesn’t go on invisible but is much more of a grey spray paint. However, this is the most reflective of the sprays and is used more for industry use, such as road works and building sites – hence its name.

The main components of the sprays is the same however, each has been tweaked for its specific uses as displayed on the cans and the websites.

A spokesperson for Albedo100 said: “We believe our product is a major breakthrough in road safety which can help save the lives of thousands of UK road users over the coming years.

“Anything that makes vulnerable road users more visible to oncoming traffic has to help reduce the number of accidents on our roads.

“The official figures show just how vulnerable pedestrians and cyclists can be and particularly so during the winter when it can get dark as early as 4pm.

“Many children are out using roads at this time on their way home from school and Albedo100 can help make sure they are easily seen by on-coming traffic.

“Cyclists too are particularly at risk but they can make themselves much easier to spot if they spray their bike or coat with Albedo100.

“We are excited to be launching this innovative new product in the UK and we are looking forward to helping to protect the lives of children, cyclists and other vulnerable road users.”

Volvo Life Paint attracted a lot of attention here on road.cc when we first covered the product in 2015 after free samples were made available.

It was subsequently sold online and at Volvo dealerships, although there was a mixed reception from road.cc readers who tried the product, with some saying that the application was patchy and did not last as long as was claimed.

In 2017, the UK’s Advertising Standards Authority banned a video promoting Volvo Life Paint, ruiing that it “exaggerated the performance” and was “misleading.”