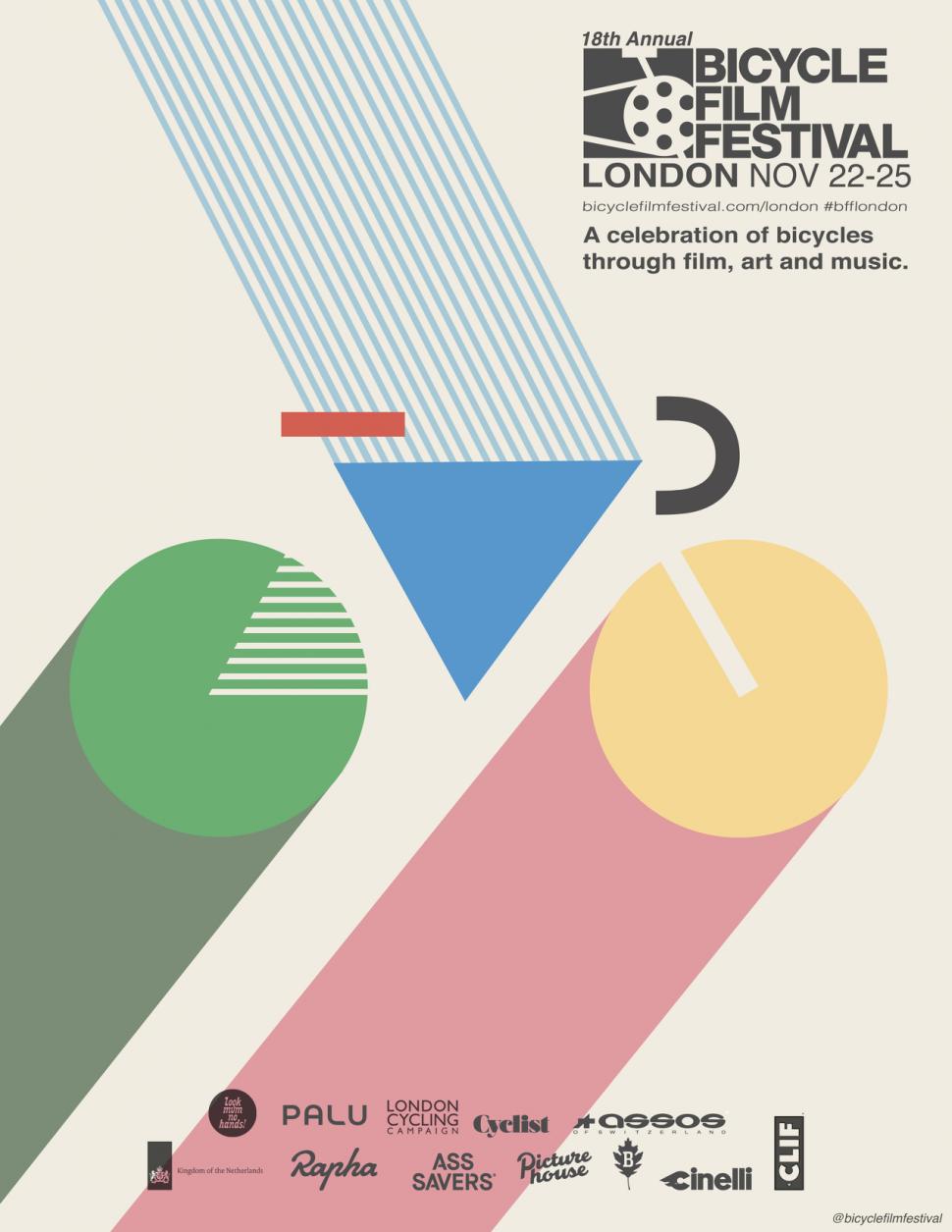 The Bicycle Film Festival is back in London next week with a full schedule of cycling films, a launch party on Thursday at Look Mum No Hands (does London have another cycling themed cafe?) another party on Saturday night at Number 90 Bar & Kitchen (not a cycling themed cafe - looks nice though), and a gravel ride on Sunday the 25th leaving from London Velo at 8am.

Films will be screened at a variety of venues across the capital:

Picturehouse Central will be showing Rapha’s latest feature length film in collaboration with Thereabouts on Friday 23rd. The film follows former pro-cyclist Angus Morton and his intrepid friends as they take on an epic journey through Canada. Following the screening there will be a Q&A with Angus Morton and the stars of the film.

Hackney Picturehouse hosts a panel discussion on the 24th exploring “The effect of culture on cycling advocacy in London”. With London at a crossroads, this panel will explore how culture can affect policy changes in order to make the city truly cycling friendly.

Following the debate, the Picturehouse will be showing the first of the weekend’s screening programmes, from 4pm-10pm. The four programmes of short films include: Worldwide Cycling Shorts, Animation, Cinematic Shorts and Urban Bike Shorts.

On Saturday night Number 90 Bar & Kitchen hosts a public party, bringing together the great and good of the cycling community to celebrate BFF’s return to London. Located on the canal at Hackney Wick, Number 90 is famed for its great DJ sets and excellent food. A trio of DJs will be playing house, disco, funk and soul including Brendt Barbur (New York), Cusp DJ (Brixton) and headliner Mr Redley (Cafe au Lait).

Sunday starts with a gravel ride out to Kent, departing from London Velo in Deptford at 8am out to Kent. This will be an unsupported ride, with maps provided in advance and check points throughout. The ride will finish at West Norwood Picturehouse, with free beers and food laid on for the riders.