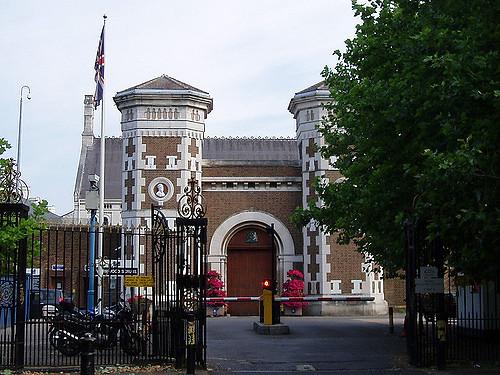 Six out of every seven motorists involved in crashes in which a cyclist is killed avoid jail, according to research by Cycling UK.

The charity, which describes the figures as “shocking,” also says that only one in three such cases results in a driver losing their licence.

The data was obtained from to responses to a Freedom of Information request made to 43 forces in England and Wales.

From 2007-17, in the areas covered by the 10 police forces that responded, 209 cyclist fatalities were recorded. Less than half, 86, resulted in a motorist being charged with causing death by careless or dangerous driving.

Of those, 66 were convicted, with just under half of them – 31 – receiving a custodial sentence.

Cycling UK said that 20 police forces replied to say that they did not possess the relevant information, 12 did not reply within the time required by the Freedom of Information Act, and the other only had figures for 2012-17.

The charity has reiterated its call for the government to follow through on a review of road traffic offences, including investigation, prosecution and sentencing, that was promised in 2014 – since when, the organisation estimates that 465 cyclists have been killed on the roads of England and Wales.

Duncan Dollimore, head of campaigns at Cycling UK, commented: “Back in May 2014, the government saw sense and announced its intention to hold a wide scale review of road traffic offences.

“Four years on and with thousands of lives lost on our roads, little has been done. That’s short sighted and is a shocking failure to act that ignores the greatest dangers on our roads.”

He continued: “The government is shirking its responsibility to all road users, which is why Cycling UK is renewing our call for a wider review of road traffic offences, looking specifically at the charges relating to what is classified as ‘dangerous’ and ‘careless’ behaviour.

“Cycling UK accepts a prison sentence isn’t always the answer and we want to see far greater use of driving disqualification. Drivers who pose a risk have no place on our roads, and the law should be strengthened to ensure their removal.

“Whether you’re walking, cycling or driving, we all deserve traffic laws that deliver justice and it’s about time the Government ensured that they did,” he added.

Cycling UK, which is urging  people to support its ongoing Road Justice campaign, highlighted the case of the driver involved in a collision in central London that resulted in the death of cyclist Mick Mason.

Last year the motorist, Gail Purcell, was acquitted of causing his death by careless driving despite being unable to explain how she failed to see him.

With the Metropolitan Police Service declining to refer the case to the Crown Prosecution Service, the trial resulted from a private prosecution brought by Mr Mason’s family with the support of the Cyclists’ Defence Fund, which is co-ordinated by Cycling UK.

Mr Mason’s daughter, Anna Tatton-Brown, today repeated her appeal for reform of the law to ensure that victims and their families receive justice.

She said: “How many families must go through the trauma of not just losing a loved one, but then being let down by a justice system that fails to put victims first?

“In Mick’s case, why should failing to be aware of what’s in front of you while you’re driving be an acceptable mistake?

“The law needs to be strengthened and made clearer, so people are properly held accountable for anything that may happen when they drive poorly,” she added.