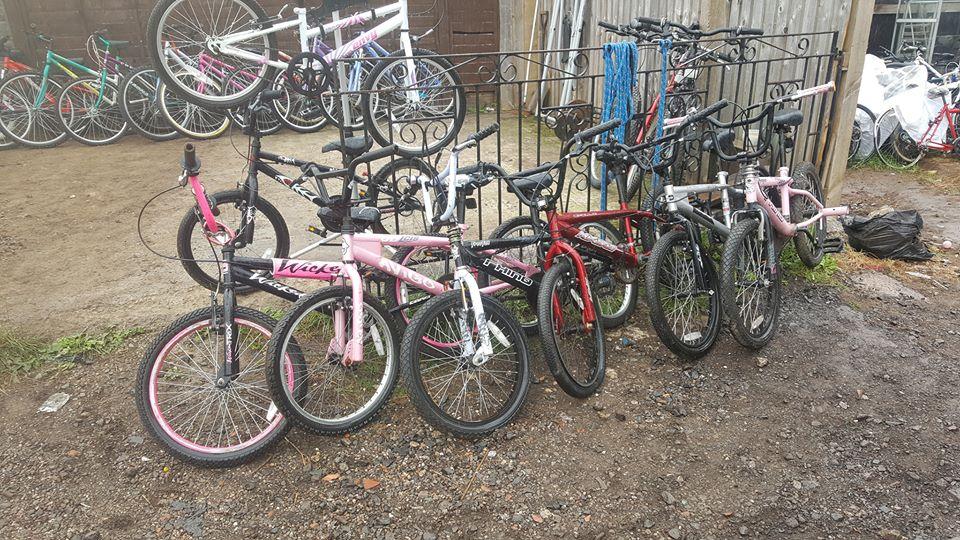 Ian Scott, who refurbishes old bikes from his home, had secured council's backing only last month...
by Simon_MacMichael

A community bike project in Bristol that was praised last month by a council inspector who was investigating a complaint from a neighbour now faces an uncertain future after being told to stop operating for an indefinite period.

The L-Dub Community Bike Project was set up six years ago by Ian Scott, known as ‘Scotty’, from the garden of his council house where he has lived all his life in Lawrence Weston, with some bikes stored on adjacent disused land.

The 48-year-old has refurbished hundreds of bikes to give them a new lease of life, with the bicycles given giving them away free to underprivileged children aged 2 to 5 years, while those aged 5-16 pay £30 and adults £50 for the bikes.

Last month, an inspector from Bristol City Council visited Mr Scott after a neighbour complained that the operation violated the terms of his lease. The council however gave Mr Scott its blessing and even said it would help him with a planning application to formalise his use of the waste ground land, which it owns.

Now, however, the council says that it wants to use that land for housing and on Friday ordered Mr Scott and the other bike mechanics involved in the project to cease operations indefinitely.

On Monday, a spokesperson for the council told the Bristol Post: "When we contacted Mr Scott it was clear his intentions were to make a positive impact to his community and we really support this ethos.

"However we must prioritise safety so have asked Mr Scott to stop operating while we assess the safety measures in place as the project is being run from a back garden and a disused garage.

"We will continue to work with Mr Scott and have been clear that the project may not be able to continue long term in its current location as the land has been earmarked for future housing development.”

He said that the council had told him wrongly that the project was being run from an old garage. “Do they not even know what is on their own land?” he asked, adding that he doubted it “as they have not seen it in 35 years.”