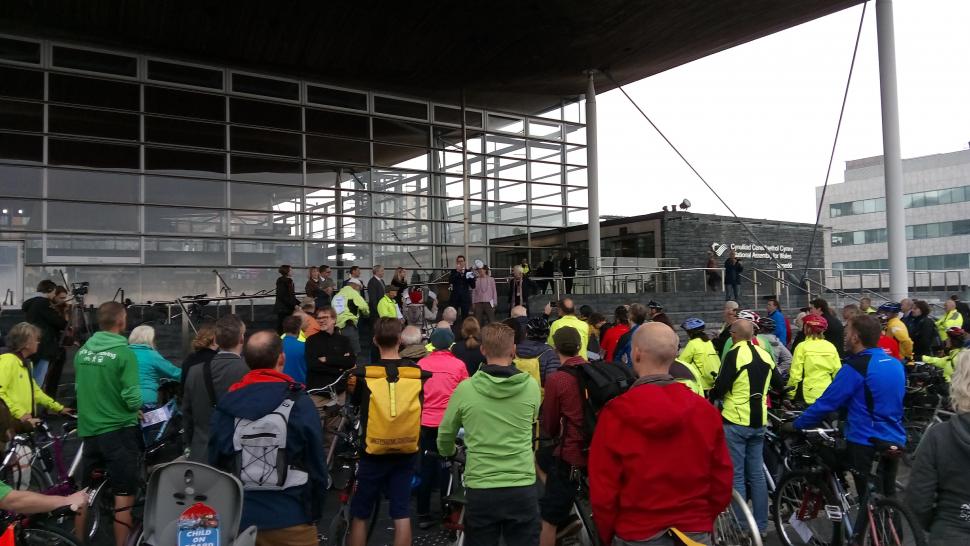 Cycle on the Senedd

Less than two months after Geraint Thomas appeared on stage outside the Senedd in Cardiff amid celebrations of his Tour de France victory, hundreds of cyclists have today converged on the building that houses the National Assembly of Wales to call for investment in active travel in the country to be doubled.

Labour, Liberal Democrat, Conservative and Plaid Cymru politicians joined the event, called Cycle on the Senedd, to support their appeal for annual spend on cycling and walking to be increased to £20 per head from the current £10.

The increase in spending was recommended in a recent report from the Welsh Assembly’s Economy, Infrastructure and Skills Committee.

The event was organised by voluntary organisation Cardiff Cycle City, which said: "We are delighted to have had the support of such a wide range of organisations; it demonstrates how this issue goes way beyond cycling.

“Active travel can help tackle some of Wales's greatest challenges such as climate change, air quality and obesity.

“We are determined to convince Welsh Government that if they are serious about the Active Travel Act, they really need to finance it properly.

“There is evidence that every £1 invested in walking and cycling produces £14 in benefits,  Not investing in active travel is just storing up problems for the future,” it added.