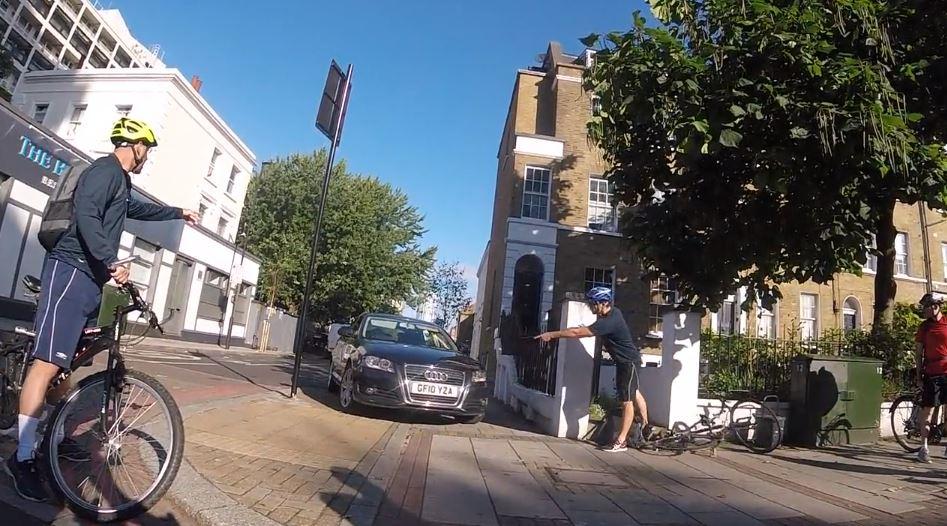 Stunned in Stockwell video still (via Nick Fitzgerald on Vimeo).JPG

Shane Seymour admits dangerous driving, car theft and driving while disqualified in connection with incident in August
by Simon_MacMichael

A man who was filmed driving a stolen car at a group of cyclists in south London has pleaded guilty to a series of charges, including dangerous driving.

Appearing yesterday at Inner London Crown Court by videolink, Shane Seymour, aged 25 and from Southwark, also pleaded guilty to the theft of a car and driving while disqualified as well as two counts of burglary, reports  BBC News.

The incident began at a set of traffic lights outside Clapham North Underground station on the morning of 1 August, with Seymour subsequently swerving aggressively towards cyclist Dave Clifton, who captured the footage.

At another set of traffic lights between Clapham and Vauxhall, Seymour threw objects from his car – a black Audi with false licence plates – while yelling at them.

Further up the road, he turned into a side street, causing one cyclist to come off his bike although that was not caught on camera, then repeatedly drove towards a group of riders who had stopped to lend assistance.

Seymour could be heard shouting, “It’s a stolen car,” and it was only when an unmarked police car arrived at the scene that Seymour made off.

He was arrested almost three weeks after the incident following a police appeal.

BBC News says that none of those charges relate to the incident that happened in Clapham, and that Seymour is due to appear again at the same court on 4 February next year.