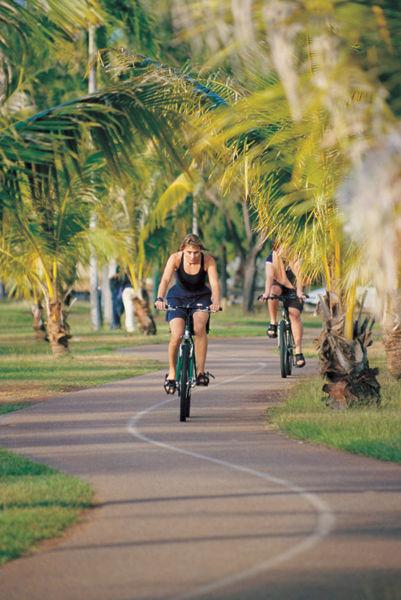 Australian strategy to double number of cyclists by 2016

Australian transport ministers have launched a National Cycling Strategy designed to double the number of cyclists in the country by 2016.

Minister for Infrastructure and Transport, Anthony Albanese said, “The data available shows that there were more than 1.9 million people cycling in Australia in 2008, up 21 per cent over just three years. In addition, bicycles have out-sold cars every year over the last ten years, with half of all Australian households owning at least one bike.”

The National Cycling Strategy comprises six key measures, including the promotion of the benefits of cycling for both recreation and commuting, and working with employers to create bike-friendly workplaces.

The initiative would also see networks of cycle routes and end-of-trip facilities extended, along with a consideration of cycling needs in transport and land use planning. Programmes to target cyclist safety and road user perceptions would continue as would national decision-making processes for investment in cycling.

Mr Albanese said, “The National Cycling Strategy is ambitious and a sign of the commitment that Federal, State and Territory Governments bring to tackling climate change and urban congestion.

“Given up to 20 per cent of car trips in Australia are less than five kilometres, cycling provides greater opportunities to address congestion and carbon emissions.”

If he’s looking for a quick win perhaps Mr Albanese could do worse than study the findings of recent Sydney University research into the benefits or otherwise of Australia’s compulsory helmet law. Doctor Chris Rissell, who conducted the study, found that there was a 30% decline in numbers of cyclists after the wearing of helmets became compulsory in 1991.

Dr Rissell argues that cycling became not just less popular but less safe at that point because of the smaller numbers of cyclists on the roads.