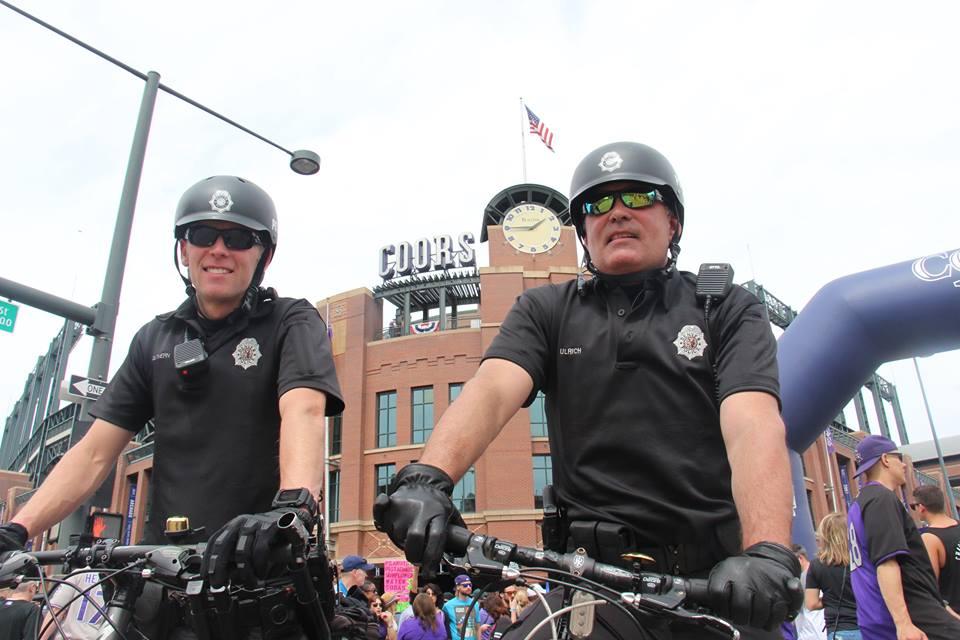 Campaigners say pavement cycling isn't a pedestrian vs cyclist issue - it's due to too much space being given to cars...
by Simon_MacMichael

Bicycle Police in Denver, Colorado are reportedly riding on sidewalks – partly because they feel unsafe cycling with motor traffic on the city’s streets.

According to a report in 5280 magazine – the title is a nod to Denver’s nickname of the Mile High City, expressed in feet – the city’s bike cops are exempt from a local law forbidding people from cycling on the sidewalk.

However, many locals ignore it, and the magazine reports that the law is little enforced by officers – 39 citations through all of 2017 and 13 so far this year – because they are all too aware of what it is that causes people to ride there.

The article’s author, Georgia Perry, asked one bicycle officer she saw riding on a sidewalk why he did it.

The officer, who only gave his name as Tony, told her, “I’m not going to get hit,” and said that besides issues such as narrow streets in parts of the city, there was also the problem that often drivers could not see cyclists..

Jill Locantore from the advocacy group WalkDenver agreed with his assessment, while highlighting that people cycling on pavements is “definitely something pedestrians are experiencing and frustrated with.”

But she insisted the problem would not be solved by pitting people on foot against people on bikes, explaining, “So much of our public rights of way are dedicated to cars that everybody else is pushed to the fringes and we’re fighting for scraps at the edge of the roadway,”

The city has plans to install a network of off-road shared-use paths through its Denver Moves plan, unveiled in 2011 and refreshed in 2016, the latter year coinciding with the introduction of on-site safety audits after each fatal collision in the city, and cycling infrastructure that has been installed includes a protected cycle lane on 14th Street.

But Locantore insists that projects completed so far have been easy wins, and that more needs to be achieved, saying that “The city needs to dramatically pick up the pace for us to see any meaningful change.”