One colour and one that can go landscape, and both retailing for £180 in the UK
by dave atkinson

models, the Mega C and the Mega XL. Both will retail in the UK for £180, or for £270 as a loaded bundle with a HRM strap and a combined speed and cadence sensor.

If there's one thing that Lezyne

is keen to impress on us about these new computers, it's battery life. In a market where run times have tended to be getting shorter, because manufacturers have been adding features, Lezyne

is bucking the trend here. The monochrome Mega XL has a claimed battery life of a whopping 48 hours, and the colour-screened Mega C will burn for 32 hours before the lights go out. 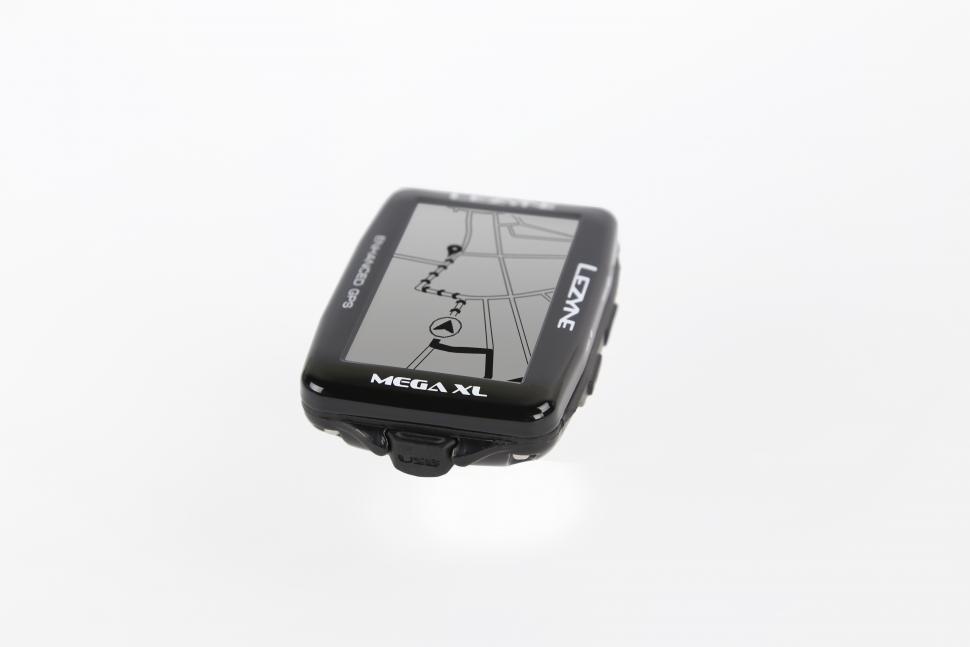 "This puts all other GPS computers in the dark, literally", says Lezyne "This feature will very much appeal the growing number of distance and ultra-distance and Audax cyclists, as well and just regular cyclist that do not want to worry about losing data from a long week of commuting." Obviously that's dependent on the computers living up to their claims, but we've had very good run times out of the other Lezyne

units we've had, and even if the Mega XL doesn't quite make it to two days it's still going to be a way in front of anything comparable. The Mega C and Mega XL share many of their capabilities. Both are Bluetooth and ANT+ compatible and designed to work with Lezyne's Ally smartphone app. They can pick up both GPS and GLONASS

satellite positioning data for greater accuracy, and they a barometric altimeter for accurate climbing data. Both can store 800 hours of ride data. The 240x320 colour screen of the Mega C can display up to 8 data fields at once, while the Mega XL, with its bigger 320x400 monochrome screen, can squeeze in 10. The Mega XL can rotate on Lezyne's

X-Lock mount to display horizontally if you prefer. The Mega XL and Mega C can do all the things you'd expect from your GPS. Many of the more intensive functions – routing, Strava live segments and the like – work on the computer in conjunction with your smartphone running the Ally app. The smartphone connection also allows you to receive notifications. The App has been improved so that it's possible to download the mapping needed for routing

before you set off, and send it to the GPS, so that a patchy signal en route doesn't affect the unit's ability to get you to where you're going.

The Ally app and Lezyne's

We expect to see the new computers at the Eurobike Show this weekend and we'll be getting units for testing very soon. So look out for a review on road.cc before long.