The number of people killed or injured in road traffic collisions at London’s Bank junction has fallen by more than half since it was closed to all traffic other than bicycles and buses for 12 hours a day on weekdays. A decision on whether to make the ban permanent will be made in the coming months.

Streets around the key junction in the heart of the City of London have seen casualties fall by a third since the trial of an experimental safety scheme began on 22 May last year, according to a report published this week by the City of London Corporation, which governs the Square Mile.

Under the 18-month trial, all vehicles other than buses and bicycles are banned from Bank Junction between the hours of 7am and 7pm on Mondays to Fridays. There is also restricted access to neighbouring streets. 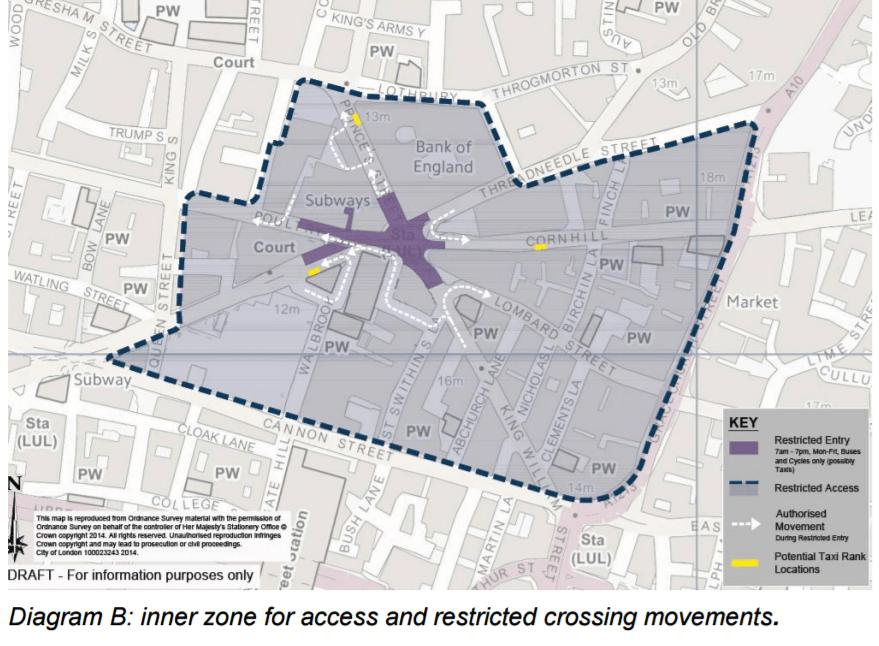 Besides the improvement in casualty figures, there has also been a reduction in levels of air pollution at the junction and in the surrounding area, as well as bus journey times being cut by up to five minutes.

Over the coming weeks, several City of London Corporation committees will be assessing the performance of the scheme to decide whether to make the changes permanent.

As part of that process they will analyse the result of a consultation that received more than 4,200 responses, with 45 per cent of those who replied fully supporting the proposals and a further 29 per cent expressing general support but with some changes.

Chris Hayward, Chairman of the City of London Corporation’s Planning & Transportation Committee, said: “I have always said that our number one priority for the experimental scheme at Bank junction is to improve safety.

“That is why I am delighted to see the scheme succeed in reducing collisions and improving air quality. A busy junction used by 18,000 pedestrians every hour at rush hour; it has been a pleasure to see members of the public truly begin to enjoy this iconic area.”

The ban on motor vehicles other than buses was implemented following the death of cyclist Ying Tao at Bank Junction in 2015 when she was crushed to death by a lorry as she rode her bike to work, leading to calls from the London Cycling Campaign and Stop Killing Cyclists to improve safety at the junction.

By June last year, nine in 10 motorists were said to be complying with the ban, with the City of London Corporation aiming for 100 per cent compliance. According to Mr Hayward, that has almost been achieved.

> More than 9 in 10 drivers complying with Bank Junction ban

He said:  “Efforts to inform the public of the restrictions have been ongoing and extensive. The number of vehicles travelling through the junction between 7am and 7pm has reduced from 16,000 to just over 500 contravening vehicles a day. This equates to 97 per cent compliance to the scheme.

“We have been in listening mode throughout and with a noteworthy number of consultation responses, the wide-ranging needs of local road users and stakeholders will be considered along with the operational needs of the City,” he added.