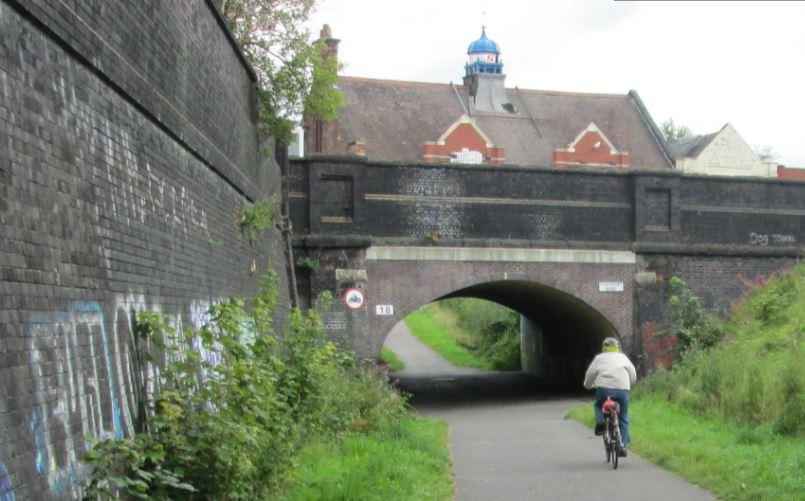 A derelict railway station located above a popular route for walkers and bike riders in Greater Manchester is to be given a new lease of life as a cycling café.

The Manchester Evening News reports that work has started on the transformation of the former Levenshulme South Station, which dates from 1892 and lies on Stockport Road by the Fallowfield Loop cycle route.

Plans for the mock Tudor building, which ceased operations as a passenger railway station in 1958 and more recently housed a cash & carry, were drawn up over the past 15 months.

The project is the brainchild of local residents  Abigail Pound, Mark Jermyn and Pauline Johnston, working together as South Station CIC in partnership with Railway Paths Ltd, which owns the building.

It is being overseen by JBH Property Consulting Ltd, working alongside the Railway Heritage Trust and the Architectural Heritage Fund.

Work is now being undertaken to restore the building’s ceiling and parquet flooring, while a large window will enable visitors to see the Fallowfield Loop below.

During the daytime, the premises will act as a café and co-working space, while the evening will see it become a café bar, including hosting live musical performances and other events.

It is also planned to install a ramp allowing disabled access from the Fallowfield Loop to the building.

Ms Johnson said: “After a period of development work, significant investment into the shell of the building has been made by Railway Paths Ltd.

“This has been kindly supported with a grant from the Railway Heritage Trust to bolster critical repair.

“These initial restoration works will ensure the building is saved from further deterioration, make it watertight and preserve the existing heritage features of what is a great example of Victorian construction and craft.

“We’re incredibly proud of achieving a good level of repair and investment for the building so far.”

She continued: “Once open, Station South cycle cafe and bar has the potential to enrich Manchester cycling culture and connect a well-loved wildlife corridor to the Levenshulme High sSreet and wider A6 route as a modern transport hub.”

“We hope the presence of good food, good coffee, good beer and a unique venue to co-work, create, play and learn right on the Fallowfield Loop will encourage more leisure cycling as well as provide a friendly, ethical and community driven new option for locals.”