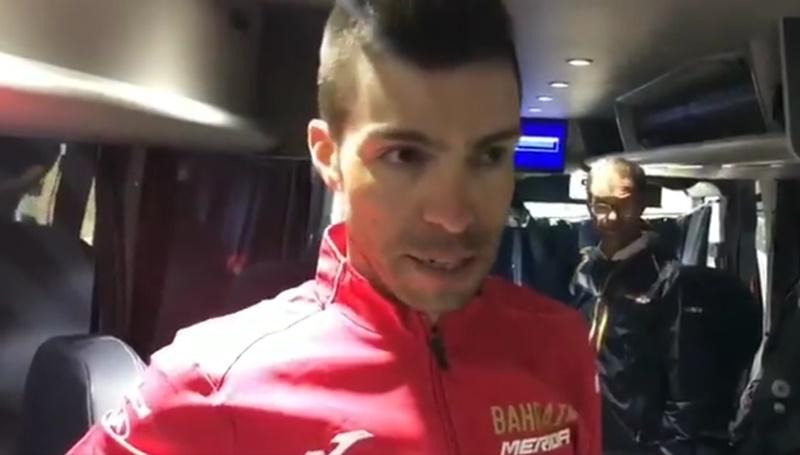 Bahrain-Merida’s Giovanni Visconti has proclaimed himself happy to be alive after he hit a Groupama-FDJ team car while riding at 60km/h during stage six of the Giro d’Italia on Thursday.

Cycling News reports that the incident took place with about 50km to go.

"We were going 60km/h. I’d been to get bottles and so was in the cars. The Groupama-FDJ car slammed on the brakes and I hit it full on. I could have gone through the rear window but I ended up flying in the air. It was scary, I got lucky.

"I’m not seriously injured but I've hurt all my left side. When I landed I hit my head and I didn't know where I was. I don't know why the car braked – perhaps they were distracted by something. I'm not angry with them and they stopped to apologise and check I was okay."

The Italian started and finished stage seven and plans to continue.

Last weekend Alex Paton abandoned the Tour de Yorkshire following a collision with an oncoming car while riding at about 50km/h.

The Canyon Eisberg rider had been pacing then race leader Harry Tanfield back to the bunch following a puncture midway through stage two and the pair were so far back that vehicles had been let back onto the course.

“I’m now genuinely able to use the term I feel like I’ve been hit by a car,” he said. “I know I’m a lucky man. Considering the sort of crash, I have done pretty well to be relatively okay.”